Lets do this boys. Its starting soon.
Are you ready for the gentlemen to suspend? The media is pushing Vindman hard this morning. On nearly every channel they start with “decorated combat veteran” because they know that Republicans just won’t attack a combat veteran. Meanwhile the dude actually isn’t a combat veteran because he’s still in the Army. Someone only becomes a veteran after they get out of the military. Also notice this is the same media that went after a Navy SEAL for taking out a terrorist. They called that “decorated combat veteran” a war criminal. Point is, the media only cares about the military and veterans when they are being used as pawns to advance their agenda. It would be really smart for the Republicans to call this out, but they won’t.

This hearing is going to rapidly change course today. It is going to all be about Fartgate. Did Swalwell lie to the American people? Is the one who smelled it the one who dealt it? 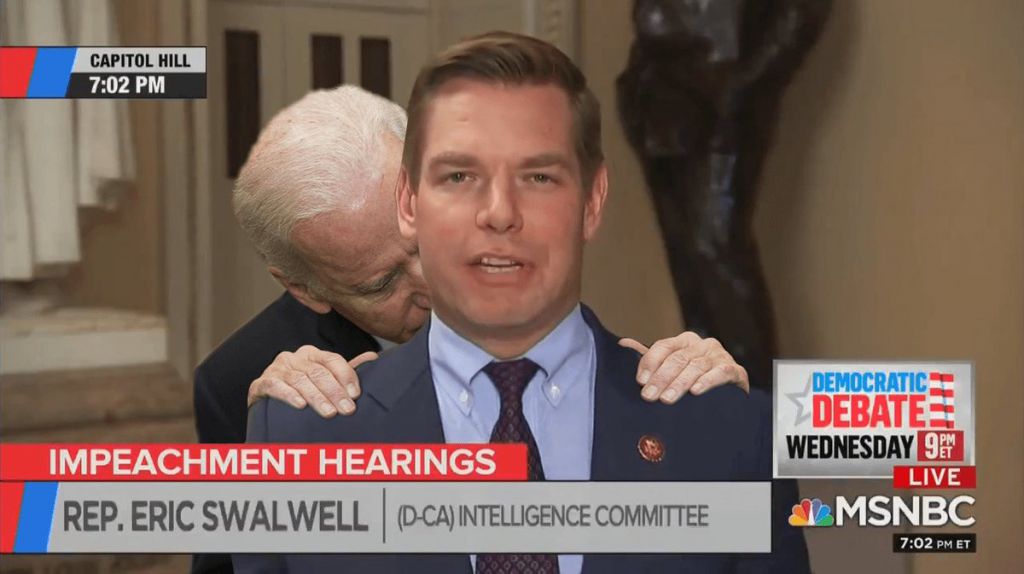 I noticed that too. They are going crazy taking pictures of him and talking about him now being the “star witness” when the fact is he witnessed NOTHING.

Vindman is taking a lot of notes listening to Schiffhead. That’s kinda weird. I like how Nunes is calling out the media and this bullshit.

If Ukraine and the aid we give them is such a big deal then where were all these dipshits when Obama did absolutely NOTHING with regard to Ukraine?

Devin Nunes is in no mood for nonsense today. Of course, the media won’t report a word of what he says despite it being factual and accurate.

Vindman is a foreign agent.

“they fled Ukraine, then a Soviet republic, with their father and grandmother, ■■■■■■ refugees with only their suitcases and $750, hoping for a better life in the United States.” 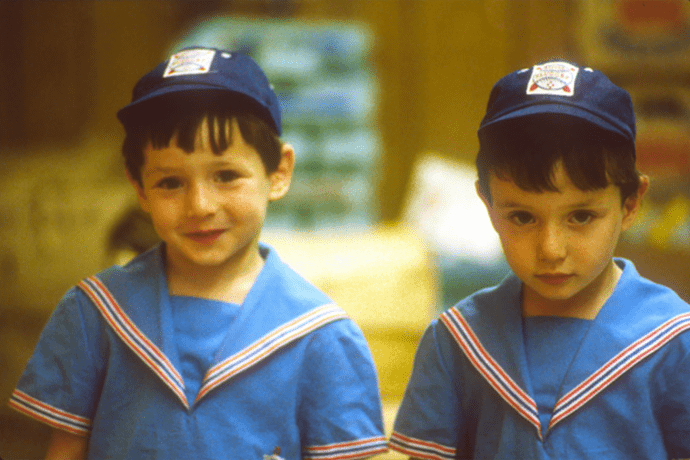 He fled Ukraine at age 3 and became a soldier, scholar and official at the White House. That’s where, he told impeachment investigators, he witnessed alarming behavior by President Trump.

He’s also a typical Army staff officer. He will throw everyone around him under the bus as long as it makes him look good and he emerges unscathed from any criticism.

It’s only taken me a few minutes of watching Vindman’s opening remarks to come to the determination that he is a retard. I’ve heard better opening remarks and speeches from 4th graders.

This is who our country is putting on the NSC. We should all be concerned.

Yes. He is an absolute cuck and clearly a shitty officer that lacks command presence. He’s shaking like a little bitch and is obviously spewing nothing but DNC talking points and bullshit. He shouldn’t even have a security clearance.

I was under the impression that the US military was full hardass, not soft lardass. 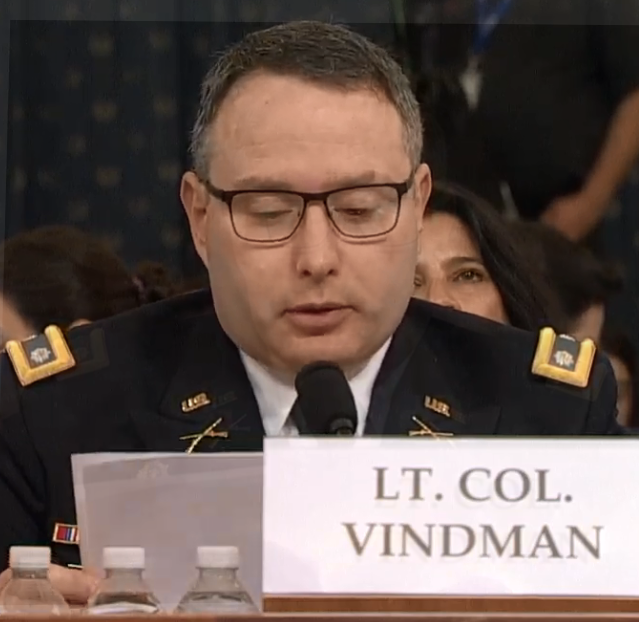 Schiff is now all concerned about Vice President Pence not going to a presidential inauguration in the Ukraine? Who cares? If the President didn’t want his Vice President going somewhere then that’s his call. He’s the boss.

Spot on my dude. Even in his testimony he’s talking about how he did nothing but report on things he didn’t like. This is the problem at the Army staff level. He keeps repeating that it was his duty to report…that’s going to be the excuse he uses to undermine his commander-in-chief and his command senior leadership. I fucking hate Army staff pukes. There are a thousand Vindmans out there and they are the reason why the Army is all dicked up. What gets even worse is once they become staff pukes they never stop being staff pukes. They move to the swamp in DC and never leave. Lots of them put stars on.

Why are we supposed to believe Vindman and not the people that are paid to professionally transcribe a call? Vindman is saying that he had something in his notes that wasn’t in the transcript and that’s why he tried to edit it. I don’t believe him. He also looks like a mess up there. He’s constantly searching his head for answers and falling all over himself. 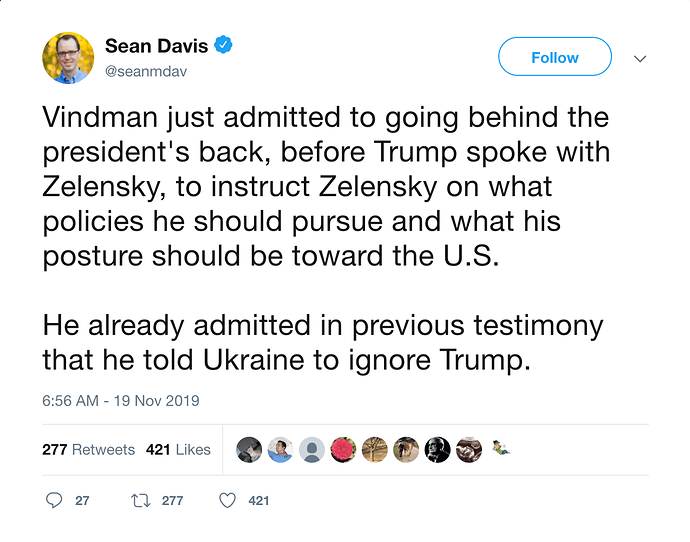 The media is pushing Vindman hard this morning.

Now we see a pathetic, nervous, fat fuck who can’t handle the pressure of an open hearing. A total disconnect between what they tried to sell us and what we see today.

How is the Ukraine investigation into the Bidens not in the national interest of the United States?

It is in the national interest. It isn’t in the interest of Democrats or the former Obama administration.