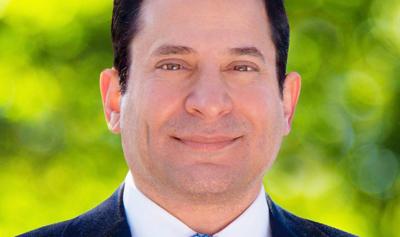 Apparently these gun grabbing Democrats don’t like it when you lawfully protest outside of their homes with your legally owned and carried weapons. Delegate Mark Levine was absolutely butthurt and acted like a total little bitch about the whole situation. The protester didn’t back down even when the police showed up. I hope we see a lot more of this.

On Monday, Virginia Delegate Mark Levine told the story during a speech on the House floor in Richmond. It was a story about an armed man who showed up outside his Alexandria home on Saturday.

Photos show the man holding a gun, along with the Virginia state flag, and a sign that says ‘Withdraw HB 961.’

House Bill 961, which Levine introduced, actually failed in the legislature this week. But had it been approved, the bill would have banned the sale of assault weapons in the Commonwealth.

Gun rights advocate Brandon Howard says that is what brought him to Levine’s home.

“He is the lawmaker who authored that bill, who put that bill in front of the General Assembly. Therefore yes, he was the lawmaker we were protesting,” said Howard. “House Bill 961 is unconstitutional. It strips citizens of their rights.”

Howard, who is from Hopewell, Virginia, called it a peaceful protest.

But on Tuesday, Levine told ABC7 that Howard crossed a line.

“For me, I’m going to press charges. I’ve called the police. I’ve talked to the Commonwealth’s Attorney, and I hope they can prosecute him to the fullest extent of the law,” said Levine. “And if they cannot prosecute him because of the way our Virginia laws are, well then that’s the advantage of being a lawmaker. I intend to come back to Richmond and introduce legislation to make sure that anyone who threatens a lawmaker at the point of a gun and says I’m coming to your home with a gun unless you change your mind on legislation – I want to make sure that person can be prosecuted.”

Howard says he notified Alexandria Police of his plans to protest outside Levine’s home several days ahead of time. He maintains he was well within his rights to be there, telling ABC7 that he had the proper weapons permits in hand, and was standing not on private property but in a public park that sits adjacent to Levine’s home.

"It is perfectly legal for me to carry my firearm on a sling and my handgun in a holster. That’s Virginia law, " he said.

Howard and Levine never spoke to each other, but both men spoke to the Alexandria Police Department.

“The sergeant came up, he told me he had received a call about a large magazine in a firearm, and he asked me for my permit,” he said. “I said no problem, I took out my wallet. I handed the sergeant my driver’s license and my concealed handgun permit. Sergeant said thank you very much, have a great day.”

As for Levine, he says he learned about Howard’s plans after being alerted to a social media post that encouraged gun rights activists to protest outside of his home in Alexandria.

“I did ask the police to tell him I was more than happy to have him come to my office here in Richmond, speak to me here in my office. We have metal detectors in Richmond, so I feel very safe in my office, and he could’ve chatted with me about anything he wanted,” said Levine. “I also told the police to tell him that if he didn’t want to chat with me but just wanted to protest me, he’d have every right to stand outside my office in protest and carry signs and call me all kinds of names and that was okay as well, but I didn’t want him to come to my home with a gun.”

Levine says Howard stood armed outside his home for about two hours on Saturday afternoon. It was not until after Howard left that Levine said he watched a video that Howard had posted on a Facebook page belonging to a group called The Right To Bear Arms Virginia. Howard confirmed he is a founding member of that organization.

Levine feels that comment is a direct threat to lawmakers.

“When I sat on the House floor and told people what happened, it wasn’t just Democrats that came by my side. Many Republicans came by my side, they said this is disgusting. This is wrong,” said Levine. “I don’t think any reasonable person supports threatening elected officials with weapons. As I said, that’s something that’s done in dictatorships, it shouldn’t be done in America. You want to threaten me? Threaten me by running against me. Go for it.”

Howard insists his comments in the video were taken out of context.

“This isn’t a threat to nobody,” he said.

ABC7 asked Howard to explain what exactly he meant by his comments in the Facebook video.

“In my video, I said I hope we never have to see in the United States, never should we have to spill blood on our own soil,” he said. “What it says in the video, if these laws are passed, it says they are unconstitutional and I will defend the constitution with my life if need be.”

Right now, the Alexandria Police Department isn’t saying much, except to confirm that Levine did file a complaint with the police department. A spokesperson confirmed they are investigating to see whether any laws were broken. 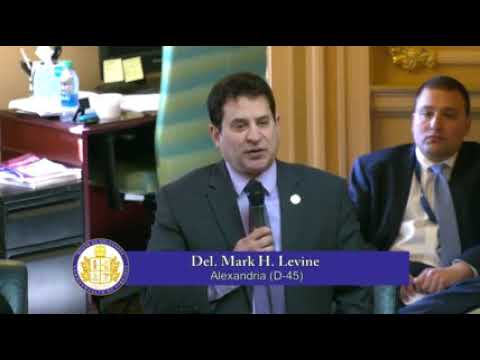 A man with a gun came to my house on Saturday… I spoke about it today on the Floor of the House of Delegates. youtu.be/3KJ0XOBF5po via @YouTube

I’d like to see who donates to this guy because I’m willing to bet he is completely funded by Mike Bloomberg.

That video is maximum cringe. He’s standing up there whining and crying about someone protesting his bullshit outside of his house. Maybe he shouldn’t be trying to pass laws that would have the police showing up to everyone else’s house…just because he doesn’t like something.

“I did ask the police to tell him I was more than happy to have him come to my office here in Richmond, speak to me here in my office. We have metal detectors in Richmond, so I feel very safe in my office, and he could’ve chatted with me about anything he wanted,” said Levine.

He feels safe in his office because he’s surrounded by people with weapons and security devices who are there to protect him. That’s exactly what he wants to take away from the common citizen. Those of us who have to protect ourselves and have to wait for the police to show up when something bad happens.

Virginia is an open carry state so I don’t even know why the police officer would need to check for a concealed carry permit? It’s good that he had one but as I understand it you don’t even need one in Virginia so the cops shouldn’t have asked for it.

“And if they cannot prosecute him because of the way our Virginia laws are, well then that’s the advantage of being a lawmaker.

These are the people who want to take your rights away and throw you in jail. This sniveling little bitch just said that if he can’t prosecute a protester for peacefully protesting his dumbass he’s going to introduce legislation to do so. What a complete arrogant piece of shit.

I wish that Thomas Jefferson could read the comments and hear the words of this delegate in his state.

This so-called “peaceful protest” was designed to intimidate a lawmaker where he lives. People can have their political differences all day long but taking those differences to someone’s home is completely unacceptable. I hope that Delegate Levine uses this experience to create legislation that stops this from happening to any other lawmaker in the future. How is it that none of you can see that showing up to someone’s house armed like this is completely insane.

So what happens when criminals show up to my house armed and there’s nothing I can do to protect myself or my family? Tell me, what’s more insane…demonstrating the hypocrisy of a lawmaker or disarming a population so that the lawmakers can do whatever they want to them?

If it’s legal to carry a weapon in Virginia and protest with one how exactly was this weasel threatened in any way? The police showed up and they didn’t view the protester as a threat. Isn’t that generally what we expect police to do? The fact that the police just checked on things and left illustrates the truth of this story. There was no threat and there never was a threat. This clown just didn’t like that someone had the balls to show up on public property across the street from his house and make a statement.

If the cops didn’t do anything how could he press charges? I’m sure the cops also gave him a heads-up that someone was going to be protesting in front of his house since the protester called the police days in advance to let them know.

I don’t like it when they got to lawmakers homes to protest either. Leave their families alone and harass them at work.

Because if a call is made they have reasonable suspicion to ID you and make sure you can legally possess a firearm.

This legislator is trying to pass laws that would turn his neighbors into criminals which would result in law enforcement potentially visiting their homes. I think that is a much larger inconvenience.

I didn’t like it when protesters were harassing republican congress people or judges at home either.

Protest all you want but have a little compassion for the families and neighbors who aren’t responsible for what this asshole promotes at work.

A man holding a sign in a public space is not disruptive to anyone. That’s his right as an American.

I don’t like it when they got to lawmakers homes to protest either. Leave their families alone and harass them at work.

I agree with this, generally.

When the leftie lunatics protested outside of Tucker’s house they actually stepped foot on his property which is where they crossed the line.

This man, Howard, sat on public property. No bull horns and never stepped foot on Levine’s property. He broke no laws.

Doesn’t matter to me. I don’t like taking the protests to people’s homes.

He didn’t take it to his home he took it to a public park across the street from his home, there is a big difference there. Let’s make sure we were talking about exactly the same thing.