Klobuchar Vows to Resettle 500 Percent More Refugees, None in Her Neighborhood 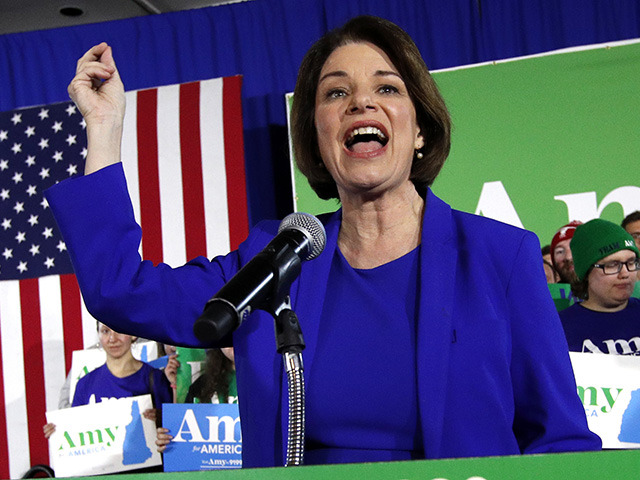 Looks like Amy is trying her hardest to be the next woke Democrat to drop out of the race. I don’t know who is advising these people but this shit resonates with literally no one.

Sen. Amy Klobuchar (D-MN) is vowing to increase the number of refugees resettled in the United States by more than 500 percent if elected president, almost none of whom would likely be resettled in her neighborhood.

This year, President Trump lowered the annual refugee resettlement cap to its lowest ever at about 18,000 total admissions. This is merely a numerical limit and not a goal to be reached by the State Department.

Klobuchar has vowed to increase refugee resettlement back to Obama levels, admitting at least 110,000 refugees in the U.S. in her first year in office. As president, Klobuchar would “direct the State Department to restore the refugee admissions cap to at least its pre-Trump administration level,” according to her campaign.

Though thousands of American communities would be inundated with a refugee flow, Klobuchar’s neighborhood of Marcy-Holmes in Minneapolis, Minnesota, would likely have to absorb close to none of those refugees.

While Minneapolis has resettled thousands of refugees since 2009, almost none live in Marcy-Holmes, where Klobuchar owns a home with her husband.

Nearly 85 percent of all residents in Klobuchar’s neighborhood are native-born American citizens and of the less than ten percent of foreign-born residents, half arrived from China, India, Korea, Germany, Thailand, and Malaysia — countries from where only five refugees have been resettled in Minnesota in the last decade and none of whom have been resettled in Minneapolis much less Klobuchar’s neighborhood.

In 2015, at the height of the migrant crisis spurred by conflict in Syria and Libya, Klobuchar pushed an effort to bring 65,000 Syrian refugees to the U.S., the overwhelming majority of which would have undergone lax vetting procedures.

Overall, less than 30 of the 17,564 Syrian refugees resettled in the last two years of the Obama administration arrived in Minneapolis. None were resettled in Klobuchar’s neighborhood. 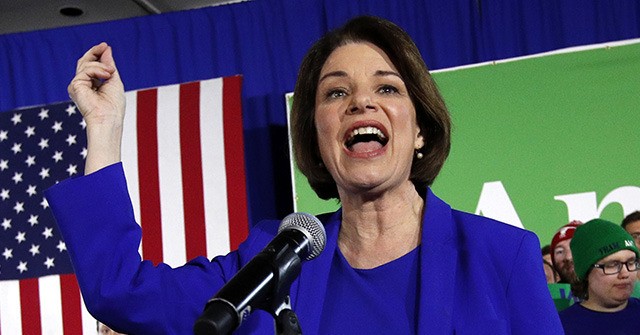 Amy Klobuchar is vowing to increase the number of refugees resettled in the U.S. by more than 500 percent if elected president.

When your a lawmaker, I guess it’s really easy to write into the laws where these third worlders won’t be going - primarily to where you and your family reside. More proof that we don’t fucking matter to these people.

Got to get those votes from somewhere. Overseas would work well. Just invite all the dregs of foreign countries here on the promise of free shit in exchange for a vote.

Screw ALL the Democrat Party candidates!

At this rate, we might as well just open up the US election to the whole world. That’s essentially what’s already happening, just very slowly. Let’s just rip the damn band-aid off the chest wound and get it over with.

Just think…she is their “centrist” candidate.

That’s what happened with GB in the EU. The votes of the Brits didn’t count anymore. Brussels runs the show.

I don’t want these damn refugees in her neighborhood. I want them in her house. In fact, every single politician asshole in this country that shouts “refugees welcome” automatically gets 6 to take care of. These clowns need to understand that their actions have consequences.

Yeah - they should personally be on the hook to provide everything for them to, including healthcare. I’m not talking about adding them to their plans either. I mean paying all of the actual expenses out of pocket, because when these lazy shits go to the emergency room and get interpreters to heal with whatever stomach bug they have from eating pure shit, they just give a fake name, fake SSN, and skip the bill. We get stuck paying it.

I will gladly welcome 1000% more refugees. We need someone to do the work that white male incels are incapable of doing.

No. I won’t. Stay on topic. I know deep thought is probably a difficult concept but thanks for proving my point that refugees are far more valuable than the soon-to-be extinct white male incels.

I will gladly welcome 1000% more refugees. We need someone to do the work that white male incels are incapable of doing.

Yeah? How many are you willing to take into your own home and pay for with your own money?

Bull dykes have a hard time procreating without males.

I don’t want these damn refugees in her neighborhood. I want them in her house. In fact, every single politician asshole in this country that shouts “refugees welcome” automatically gets 6 to take care of. These clowns need to understand that their actions have consequences.

The thought-provoking thing is that they’re always females? I only need to mention the feminist Swedish government, and Germany’s Merkel to demonstrate that. I suppose it must be ‘nature and nurture’ at work?

Unfortunately this is exactly what resonates well with the “woke social justice” crowd.

To them the US is responsible for the ills of the world and we owe it to the refugees of the world to provide refuge for them at taxpayer expense.

If you move the party far enough to the left as they’ve done even the most radical candidates from prior elections start to look centrist.

Crap, look how far left Bernie has gone in just four years on such things as illegal immigration.

Running on the same platforms he won twice with Obama couldn’t win a single primary today.

Well it looks like Klobuchar may have the angry, ignorant, lazy bulldyke vote sewn up!

If men are so useless get off of your fat, lazy, well used ass and take one of those jobs yourself.

Just as we are seeing historically low unemployment and wages starting to rise.

Is she saying she wants to reverse that again?

Democrats used to represent the middle and lower class. Now, they represent the lowest class of people who hate our culture and don’t even live in this country.

If that isn’t insane, I don’t know what is.

It’s all about their ability to keep funneling taxpayer moneys to their key constituencies.