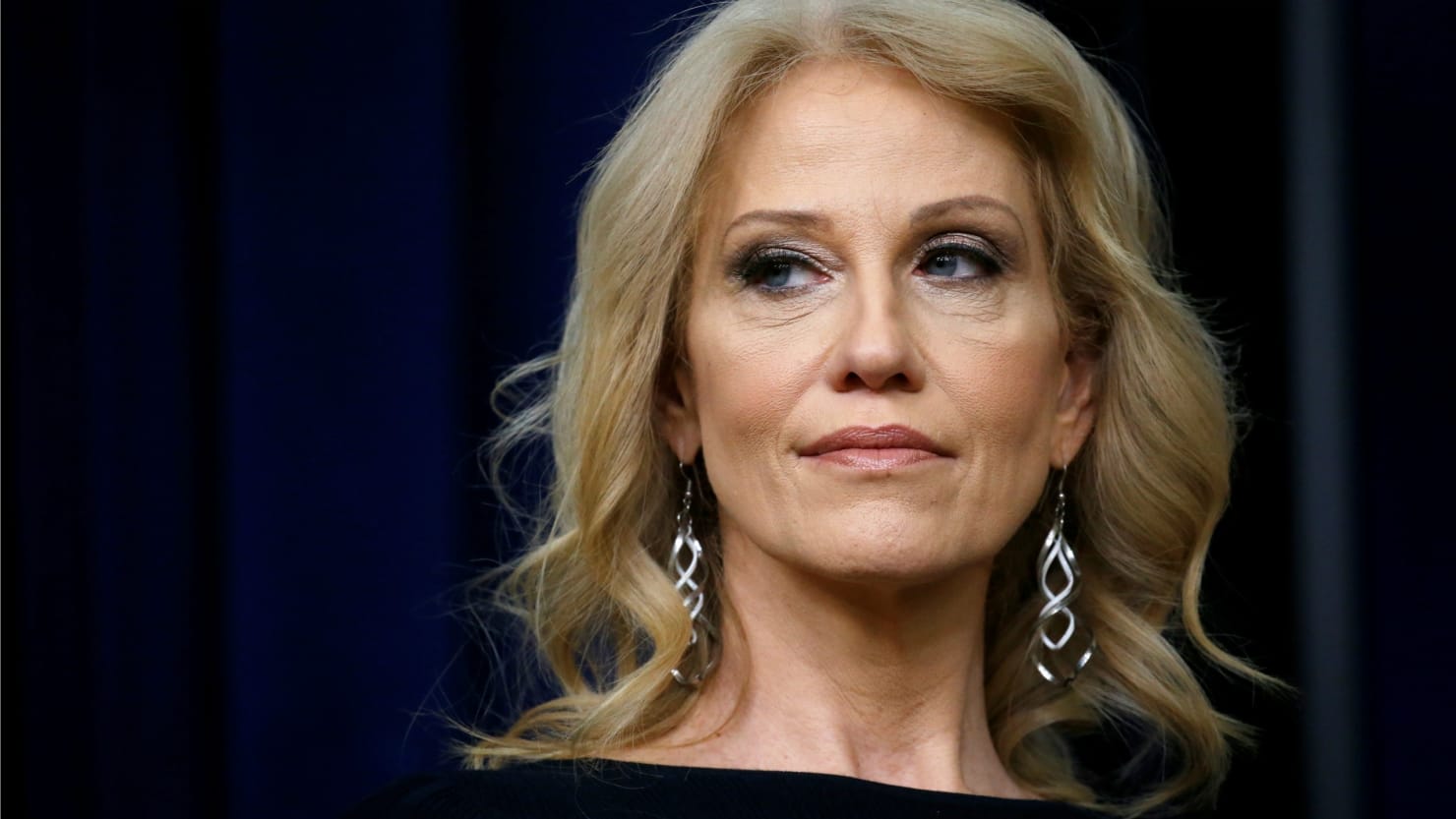 Kellyanne Conway implored people to read the manifesto of the “eco-fascist” that massacred 50 people in a terrorist attack on a Christchurch Mosque and an Islamic Center. Conway said President Trump is mentioned “one time” and that the shooter is ideologically more aligned with China than with conservatives.

“Unlike like most mass shootings, this man came with pre-receipts, if you will. He put out a 70-page manifesto, and I guess everybody scoured it, searched for Donald Trump’s name, and there it is, one time. But he also said he aligns closely with the ideology of China. He said he’s not a conservative, he’s not a Nazi, I think he referred to himself as an eco-naturalist or an eco-fascist. But people should read the entire – it in its entirety,” Conway said Monday on FNC’s ‘FOX & Friends.’

Everyone should read the manifesto. Know the reason to fight. Kellyanne Conway implored people to read the manifesto of the "eco-fascist" that massacred 50 people in a terrorist attack on a Christchurch Mosque and an Islamic Center. Conway said President Trump is mentioned "one time" and that the shooter is... It is important to understand that she is saying it to repudiate it – conservatism is about worshiping markets, breeding with blacks / browns, unchecked industrialism for every useless and redundant product and its eventual planned obsolescence, debt pyramids, and chronic war harvests for the raw materials and debt erasure needed to brute force the gears on the aforementioned ■■■■■■■ cycle.

Conservatives are the enemy, full stop. No recruitment, no compromise, no debate.

I tend to avoid taking into my psyche the deep thoughts of evil men. To me it’s like “Oh, but you must inhale chlorine gas to fully understand its lethality. Here… put your mouth and nose right here.”

Naa…I’ll pass. There is no knowledge that the man offers that I want. There is no enlightenment, wisdom, nor insight there. His most essential being is manifest in the slaughter.

Conservatives are the enemy, full stop. No recruitment, no compromise, no debate.

Even wonder why “conservatives” are seemingly nothing more than progressives who never conserve anything other than capitalism? That’s because that is 100% true.

You talking about old timey conservatives… like george will?

If you add fart face you might just be on to something!

In name only! I doubt they even know what the definition of conservatism means.

Care to explain what he is wrong about? You went straight to personal attacks without elaborating WHAT is incorrect with @NoMoreEU’s post.

Nope! Its self explanatory! You figure it out!

I let conservatives define what conservatism is. I know that is contrary to the more standard use of an immutable definition written on a stone pillar. Erudite experts on both sides will disagree with me. I don’t care. The litmus tests that are applied to determine “conservative or liberal” were established under different global conditions and - in my opinion - are useless now. Common usage has made “conservative” into a word simply indicating opposition to “progressives”. So I go with that… academic definitions be damned, no matter their pedigree. And so… “conservative” is a useful term to indicate the populist, traditional values, independent, individual liberty and freedom, MAGA laced politics that stood up against Hillary Clinton.

So… at risk of being a contrarian here among some well read and politically aware minds, I let those people -those who oppose Clinton, Obama, Pelosi, Omar, Waters, AOC, etc - define what “conservatives” believe as opposed to allowing a static academic definition tell these people what they are supposed to believe.

Its true, its an ever shifting meaning that evolves with time and then morphs into something else. We seen it with the term “Liberalism” and so too is “Conservatism” by the party apparatus who seek to define it for the commoner.

There are two simple things that stand out to me as the pillars of conservatism: the absolute love of individual freedom and an acceptance of personal responsibility. In my mind everything “conservative” stands on these two ideas.

Nothing has changed the true definition of conservatism, only the self interests of ones who seek to exploit it in name only!

We seen it with the term “Liberalism”

Absolutely. Progressive Liberals are anything but liberal. They are authoritarians and intolerant and deceitful.
As to whether that is “progressive”, I will only point to that ancient Greek comedy that I posted here before… Ecclesiazusae bu Aristophanes. The women lie, they take over the legislature and dictate that their way is the only way… their way being the functional equivalent to socialism and communism. That was 2 and a half millennia ago. How progressive is that?

Yeah…Liberalism/Conservatism both been exploited to a point no one can recognized what it means anymore. Libs hide behind liberalism and repugs hide behind Conservatives to promote their own dictatorial form of governance.

I use the very first line of 1st Amendment as example (Congress shall make no law respecting an establishment of religion, or prohibiting the free exercise thereof). For me this is perfect example how you approach those two ideologue.

Liberals wants to keep religion out of goverment, Conservatives wanted to keep goverment out of their religion.

What do both have in common?

Even wonder why “conservatives” are seemingly nothing more than progressives who never conserve anything other than capitalism?

True statement. And yet IMHO they are still not worth the bullet they do deserve in the back of their heads. 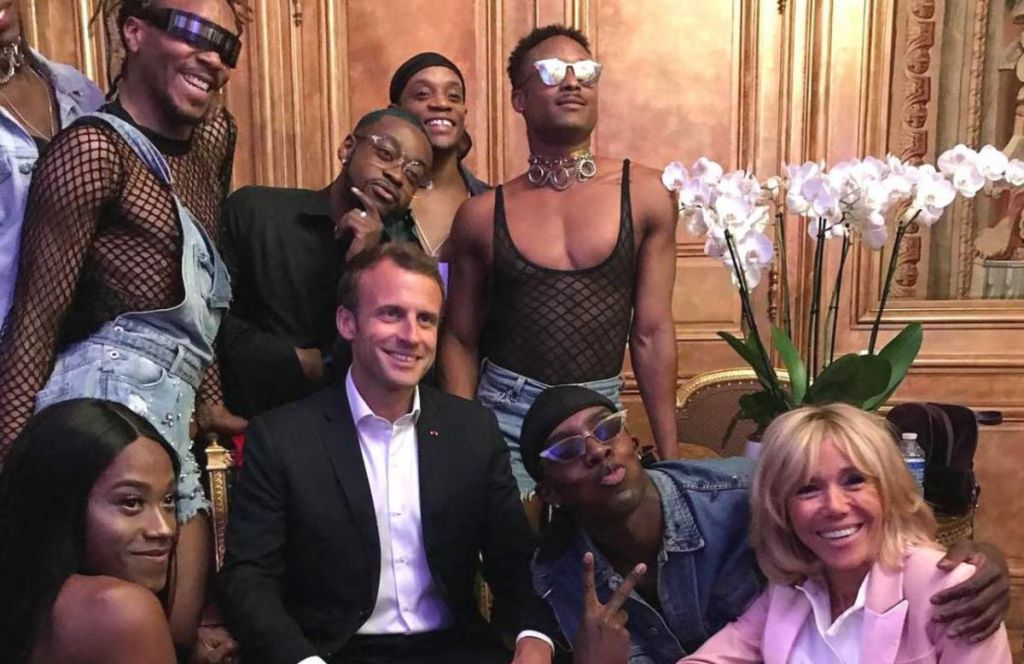 Either you’re dishonest as hell or you know absolutely nothing about the modern conservative movement in the US.

If you take the first and last words in that post and everything in between you’ll see what’s wrong with that post.

Another huge swing and miss.

You critics of conservatism haven’t got the first clue as to what it even means.

Tarrant was right about everything except methodology