Kamala: Nobody should be arrested for smoking weed

She actually said that, on the few occasions when she wasn’t on her knees performing…uh…other VP duties.
Problem is. 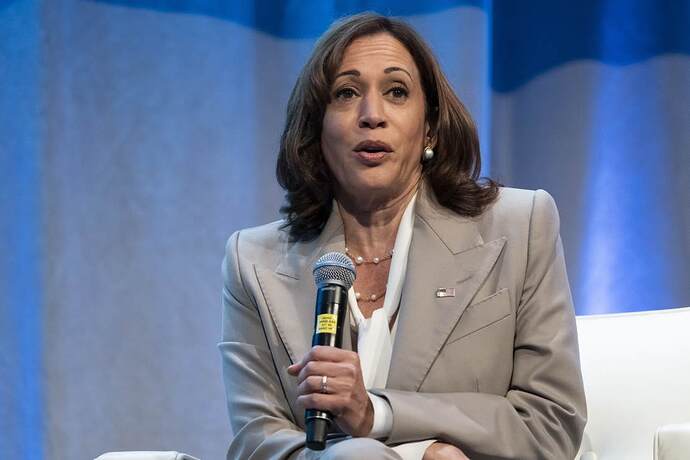 Kamala Says No One Should Go to Jail for 'Smoking Weed.' Who Wants to Tell Her?

Kamala Harris expressed support for Biden's decision to pardon Americans who had been convicted of marijuana possession, insisting "Nobody should go to jail for smoking weed."

Oh, by the way, Unelected Joe decided to pardon a bunch of pot smokers. Thing is, the law he introduced in Congress 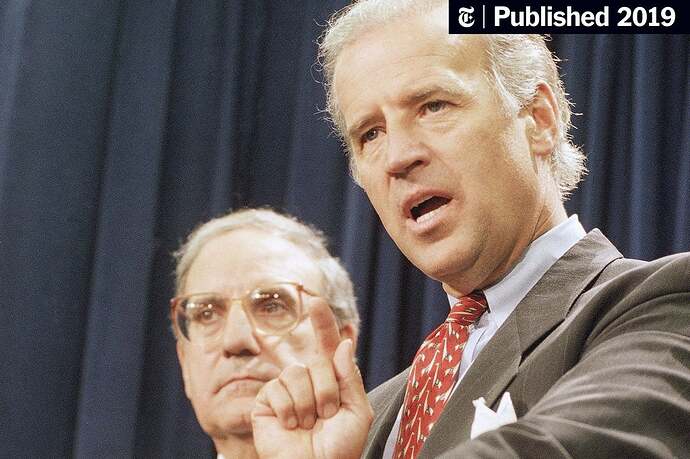 ‘Lock the S.O.B.s Up’: Joe Biden and the Era of Mass Incarceration (Published...

He now plays down his role overhauling crime laws with segregationist senators in the ’80s and ’90s. That portrayal today is at odds with his actions and rhetoric back then.

put those stoners behind bares in the first place.

The War on Drugs has been a failure. Billions of dollars have been wasted, countless lives have been ruined, and the drug trade has only become more violent. And yet, the government continues to invest in this failed policy. Marijuana is a victim of this misguided War on Drugs and should be decriminalized and regulated.

Decriminalizing marijuana would take the profit out of the drug trade and reduce the violence associated with it. It would also allow the government to regulate the quality of the product and keep it out of the hands of minors. Regulating marijuana would also provide a much-needed source of tax revenue. The government needs to stop fighting a losing battle and start solving problems.

Didn’t she when AG hold back evidence that would have exonerated some people involved in some Marijuana drug cases that were rotting in jail? Imagine the irony here!

The criminalization of marijuana is a travesty and an affront to justice. It has been used as a tool of oppression against minorities for decades, and it needs to stop. I am with VP Harris on this. Not only should marijuana be legal but all past and present marijuana offenses should be eliminated. Effectively, our government has been criminalizing a plant that has numerous medical benefits, and that can be used to treat a variety of conditions. It is also far less harmful than alcohol or tobacco, and it poses no risk of overdoses. The only people who stand to gain from the continued criminalization of marijuana are the drug dealers, cartels, and the prison industry.

Pot smokers are the scum of the earth. They don’t deserve any mercy. They should all be put in fucking jail where they belong. They are nothing but a bunch of losers who can’t function in society. They are leeches who just want to get high all day and do nothing else. They don’t contribute anything and are a drag on society. They ALL need to be dealt with harshly.

That’s the whole point. She’s the one who put stoners behind bars in the first place.

Problem is, which Harris are you with? The one who wants to legalize pot or the one who locked up hundreds of thousands of blacks for smoking pot?

I don’t know if I’d go so far to call pot smokers the scum of the earth. I will say they are, for the most part, stupid. Alcohol is water soluble and usually can wash out of the human body in a day. THC (the psychoactive ingredient in cannabis) is fat soluble and can remain in the body for months. And there are large fat deposits in the brain, which explains why pot smokers are dumber than bags of hammers.
I don’t think I’d lock them up, but I also wouldn’t divert a lot of federal welfare funds their way either.

Florida has an original approach to this. (since no one here wants to comment on the hypocrisy of Kamala’s comment).
Medical marijuana is available here, by prescription. Hemp products produce other valuable and legal substances. Local entrepreneurs are getting rich off the CBD oil that comes form hemp. It of course is advertised as THC free.
There are actual copies of coffeehouses here that market alternative substances: Kratom (in the form of a tea), Kava, (also a tea) CBD (which can be in a beverage, a skin salve or who knows what.) I actually partook of some of these items. They have mild effects on the body, and they are very expensive.
Kratom is made from a plant of the coffee family. It has three different forms and provides three different effects: relaxation, stimulation and euphoria. Some areas use Kratom as an alternative to methadone, and it is claimed to target the same area of the brain touched by opiates.

Without looking it up that was my initial reaction when reading this story.

I am with VP Harris on this.

Kamala Harris is a fucking hypocrite. She spent her whole career prosecuting people for marijuana charges, and now she’s out there pretending to be some kind of progressive champion.

Why are you people so easily fooled?

The War on Drugs has been a failure. Billions of dollars have been wasted, countless lives have been ruined, and the drug trade has only become more violent

Without borders expect more of the same , and THANK THE demoRATS

I actually have to agree with her. I have my fire suit on… go ahead and flame me…lol. I don’t, and never have partaken of weed. I think, in this day and age, persecution over smoking mother nature is just silly.

Its not so much about easily being fooled as it is about being purposely obtuse. Like admitting when one is wrong they simply can’t do it out of fear of losing face. The only way for a progressive to be defeated is to be utterly destroyed.

Kennedy calls it “the Devils lettuce” which just kills me.

Except that she and her unelected running mate Joe signed legislation that put hundreds of thousands of blacks in prison for “smoking mother nature” to begin with. She and Joe PERSECUTED those who smoke pot.
Remember it was the last legally elected President (Trump) who signed the legislation RELEASING hundreds of thousands of blacks from prison for simple possession of cannabis.
Nobody with any brains is going to flame you. This is called having a debate, a conversation. Your view is just as valid as anyone else’s here. You are attempting to think outside the box.
You just have to ask yourself WHICH Kamala you agree with: the one who, as Attorney General, locked up blacks for “smoking mother nature” or one who is trying to ride on the coattails of an unelected president who likewise authored a THROW 'EM IN PRISON bill earlier on.

I actually have to agree with her. I have my fire suit on… go ahead and flame me…lol.

Well , we use to be a Nation of laws and we ALWAYS expect those in office that TOOK AN OATH to obey our LAWS or repeal them . These motherfuckers are in the position to change unjust laws and that is the moral and right choice !!! So fuck cameltoe . 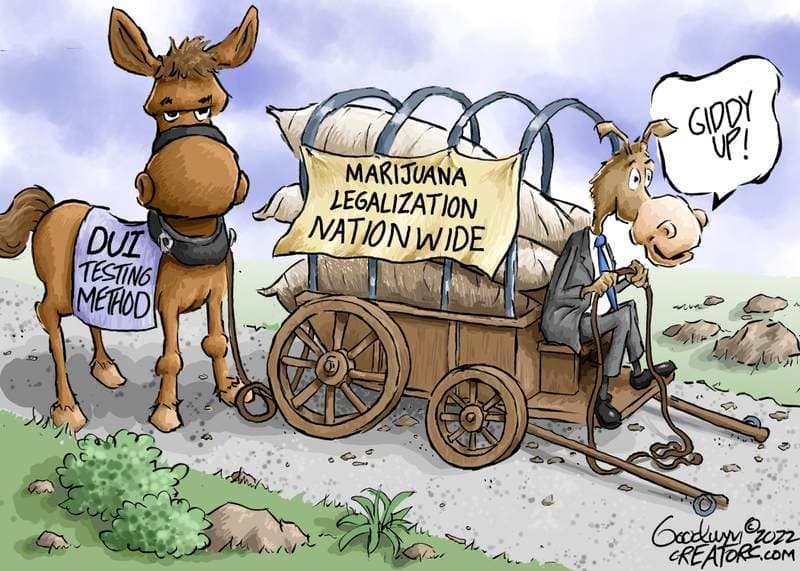 Actually, Harris DID uphold the law. She put thousands of blacks in prison for smoking weed or even for simple possession.
Now she’s trying to walk away from that fact.