In just the past two years, our national government has spent roughly $13 trillion and authorized spending trillions more. Politicians use words and phrases like “investments,” “long-term savings,” “reducing inflation,” “protecting Ukraine’s sovereignty,” etc. to justify this. Clearly, they are either lying or living in a fantasy world. Most of the money is being used to pay off campaign contributors and special interest groups, such as the climate change lobby, or to make politicians look good.

Inflation spiked to nine percent in June 2022, so the Federal Open Market Committee began raising interest rates to fight it. As interest rates rose, the stock market tanked. In 2023, interest rates will likely increase further, possibly sparking a worldwide recession. Neither is good news for investors.

China appears to have ended its zero-COVID policy for economic reasons. Now COVID is out of control in the Middle Kingdom, which will lead to other complications, such as pneumonia. Since the Chinese communists do not like to be embarrassed, if China is suffering, they may want everyone else to suffer, too. That seems to coincide with reports that roughly half of the airline passengers from China have tested positive for COVID. They caused a pandemic once. Why not twice?

Supply chains are a second issue. Who will make the products we normally buy if Chinese workers are sick? Yes, I know this sounds like a “who cares” thing. But if they are not shipping parts, our factories will grind to a halt.

Naturally, these two problems overlap. Due to a rash of lawsuits in the 1990s, pharmaceutical companies moved their manufacturing facilities to China. Now China makes most of our antibiotics. If Chinese workers are sick and using the antibiotics they usually produce, there may be little left to export. With antibiotics already in short supply in the U.S., what do we do?

If you want to see life before sulfa drugs and penicillin, visit a graveyard that is at least a few decades older than World War 2. The number of grave markers for young children and infants is sobering.

Illegal immigration is not good for the U.S. It strains our medical and educational resources, costs billions to support people who cannot legally work here, and may increase the crime rate. Roughly five million people have crossed into our country in the last two years. How many are sick? How many are vaccinated, and what are they immunized for? How many are criminals or terrorists? The government does not know and seems not to care.

Republicans are not helping clarify this issue. Regarding the border, Congresswoman Monica De La Cruz says, “President Biden does not have a plan.” Actually, he does. It is called let millions of illegals in, make them citizens, and get re-elected in 2024.

Now that Biden has visited the border, will the flood of immigrants decline in 2023? Apparently, the optics of illegal border crossings was making Democrats nervous. So now potential migrants will be allowed to apply for asylum in their home countries and simply fly to the U.S.

There are other questions related to the border that should be asked. For example, Mexican cartels are rumored to be making billions from human-trafficking and drug-smuggling. Where does all the money go? Is it possible someone in our government is getting a percentage to ignore these problems? Has anyone bothered to investigate?

Okay, what about fentanyl? This stuff is toxic and deadly. In fact, over 110,000 deaths were attributed to fentanyl type opioids during a 12-month period in 2021–2022. Since you can die from breathing fentanyl and it is easy to manufacture, could terrorists use it to make an unsophisticated weapon of mass destruction? Has Homeland or the DOD considered this?

It may surprise you that none of the previous issues scares me as much as the similarities I see between 1914 and 2023.

In 1914, there were two large, well armed military alliances in Europe. Both had armed forces numbering in the millions, with detailed plans for confronting their potential enemies. All that was needed for a war to start was some unfortunate event to justify mobilization. That event occurred in June 1914 with the assassination of Austrian Archduke Franz Ferdinand. Only a month later, the armies mobilized, war-fighting plans were activated, and the war began. No one seemed able to stop it.

In 2023, we already have a land war in progress in Europe between Russia and Ukraine over Ukrainian territory claimed by Russia. Ukraine is backed materially by the largest military alliance on Earth, NATO. Since Russia and NATO have been adversaries in the past, both have war-fighting plans and doctrines from the Cold War era. Even though Russia has already threatened to use nuclear weapons multiple times, it cannot without risking retaliation by NATO.

Similarly, for several decades, China has claimed the Island of Taiwan as its territory and has indicated that it is ready to use military force to resolve the situation. The main ally of Taiwan is the United States. Both the U.S. and China have nuclear weapons. So far, both sides have limited themselves to political posturing and war games.

What could change this? Let’s assume Joe Biden stumbles, falls, hits his head, has a stroke, none of which is unusual for someone in his eighties.

If he cannot continue serving as president, Kamala Harris will become the leader of the free world. While this may ignite ecstasy within the Democrat cult of diversity, it will likely ignite a sense of opportunity elsewhere.

Let’s review why Biden chose her as his running mate. First, she is a female Democrat politician. Second, she is a “person of color.” Yes, that is all you need in the world of identity politics. Hopefully, the fact that she was a district attorney, California attorney general, and senator from California factored into the decision, but who knows?

Even so, her ability at the presidential level seems lacking. Behind-the-scenes reports and actual observations of her performance indicate she has trouble processing information, dealing with subordinates, talking without laughing inappropriately, and speaking in clear sentences. Moreover, as a campaigner, she is a complete dud because she comes across as spoiled and entitled.

So what happens if Putin decides to use a tactical nuke to encourage Ukraine to surrender? What if Xi decides this is the time to mount a full-scale invasion of Taiwan?

Suppose a single nuclear weapon is used in any capacity for any reason. That will focus the world’s attention like nothing else. At that point, the DEFCON numbers will begin to fall as everyone’s war-fighting plans start to spool up. In 1914, they had thirty days to avert war. Now we may have less than thirty hours.

In the game of world domination and power politics, we could have one or both of the world’s most ruthless dictators in one corner. While in the other, we have the world’s foremost beneficiary of identity politics plus a gang of frightened European socialists. What could go wrong?

Well it’s run by MAGA republicans now, so
Expect no additional spending until we close the border, hopefully they Don try to get Abortion laws put in. “Yet”
We will see massive investigations into the federal government interfering, and our first amendment rights. Hopefully it will not be like Benghazi where Trey Gowdy was just a pretty boy. And we get some actual punishment to people that are hurting America.

Trey Gowdy was a limp dick to the judicial committee. I don’t want to see another committee have a hearing like Trey Gowdy handled it. All bluster.
I want subpoenas
I want all video from 1/6
If it’s been destroyed I want someone to go to jail.
I want to know why capitol police allowed ppl in but attacked others .
I want to know why democrats were allowed to storm the capital during Brett Kavanaugh hearings, but republicans had object’s launched on to their chest.

You mean run by Democrats in Republican clothing. Sometimes I wonder what world you live in…lol.

Who are the MAGA Republicans that you think are running things?..

Lauren Boebert, Matt Gatez, Marjorie Taylor, Greene. Dan Bishop., Eli crane
And of course Donald J Trump !
There are a few others but they are the protectors of this great nation. BOW DOWN

None of them are running anything.

So how did McCarthy get approved? MIC DROP

C’mon… you can’t be this clueless…lol.

If you don’t know, the rules of the new committee do not come to the table

Earth to dreamer. The GOP will pass legislation that your beloved do not like with Democrat support. They could stop GOP legislation from passing however, the Senate will not even let it hit the floor. The legislation passed to eliminate funding for 87K new IRS agents dead on arrival in the Senate thanks to Trumps help in electing a democrat majority.

Don’t be so naive, he can be that clueless. He still thinks trump will be elected president again.

[quote=“soulpatrol, post:5, topic:12307”]
Who are the MAGA Republicans that you think are running things?..

He is clueless and a waste of your time . 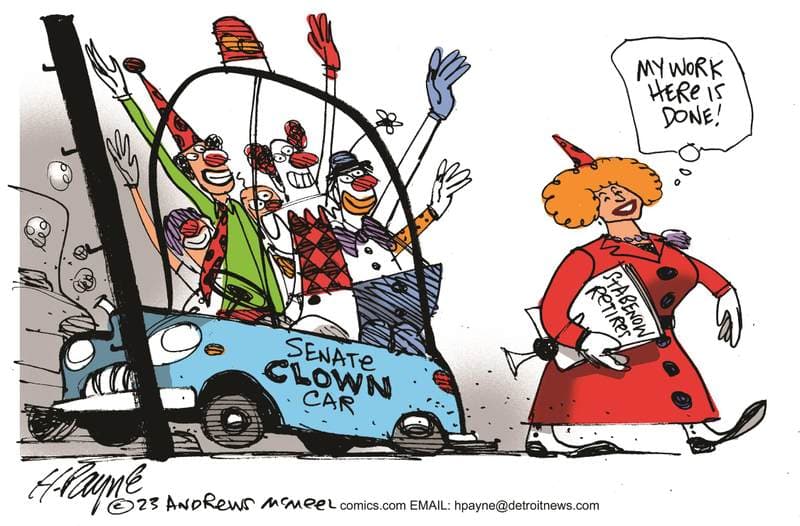 That has no power? He’s cool. Why do you ask? 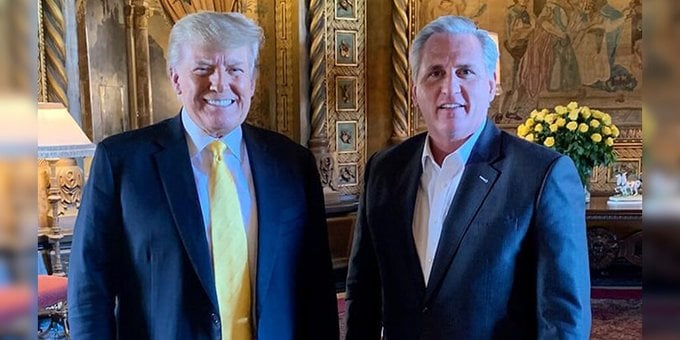 By Wayne Allyn Root I told you so. My plan worked. It just worked in a way I never imagined.   Like Martin Luther King, I had a dream. My dream was Trump as House Speaker. I was the first in America to propose the idea in a commentary on...

But, but… you said MAGA Republicans were running things?

They are what’s your point

How very sad that your as delusional as the democrats.

Says the rino … you ppl are funny