Maybe the media will finally wake up.

Former vice president Joe Biden refused to answer questions about his son, Hunter Biden, who is under ongoing tax investigation by the Justice Department and was the subject of a series of stories in the New York Post about his potentially criminal foreign business activity.

When asked by a reporter about the investigation, which gained traction with the mainstream media this week despite being previously reported, Biden avoided the question, only replying that he was “proud of his son.”

“Did Hunter Biden commit a crime?” one reporter asked. “Have you spoken to your son, Mr. President-elect?”

“I’m proud of my son,” Biden replied as he exited the room.

While the former vice president took less than half of the number of questions President Donald Trump did on the campaign trail, Biden has a history of refusing to take questions, often walking off his campaign stages while ignoring the shouts of reporters or simply calling a lid many days, a label used by the campaign to announce Biden would not be made available for any public events or interviews.

Even during presidential debates, Biden blatantly refused to answer tough questions, even on his own policy positions.

“Are you going to pack the court?” both debate moderator Chris Wallace and opponent President Trump asked Biden.

“I’m not going to answer that question,” he replied, later snapping “will you shut up, man?”

Biden also played the victim when a reporter asked him about the science behind students returning to school during the COVID-19 pandemic.

“Mr. Biden, the COVID task force said it’s safe for students to be in class. Are you going to encourage unions to cooperate more to bring kids back to classrooms, sir?” asked CBS reporter Bo Erickson.

“Why are you the only guy that always shouts out questions?” Biden shot back.

Erickson previously asked Biden about the New York Post’s story about his knowledge of his son Hunter Biden’s foreign business dealings to which the Democratic candidate replied that it was a “smear campaign” and once again, insulted the reporter for asking.

“I know you’d ask it. I have no response, it’s another smear campaign, right up your alley, those are the questions you always ask,” Biden said. 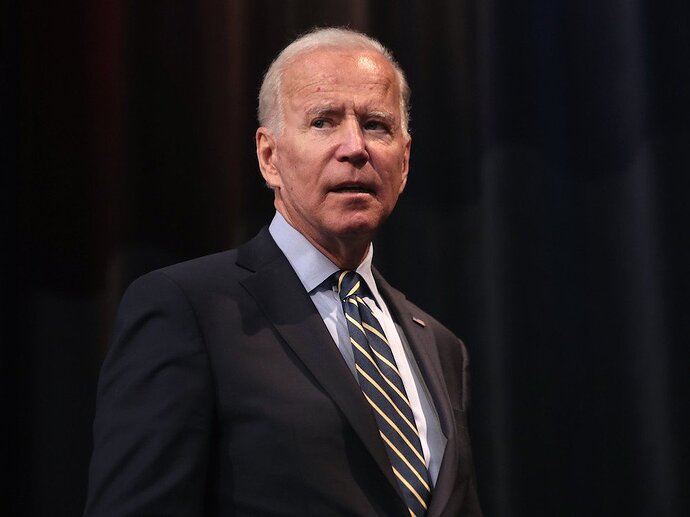 After a journalist asked Democratic Nominee Joe Biden about his son's alleged crimes, Biden dodged the question, replying that he was "proud of his son."

Don’t bet your life on it. May be the shortest Administration in history but he certainly is on the way with a big assist from the media.

Harris def can’t be president… we can’t have an advanced civilization be a minority in its own country.

It is clear republicans are in a higher class than Democrats and the expanding SHIT holes can’t continue. 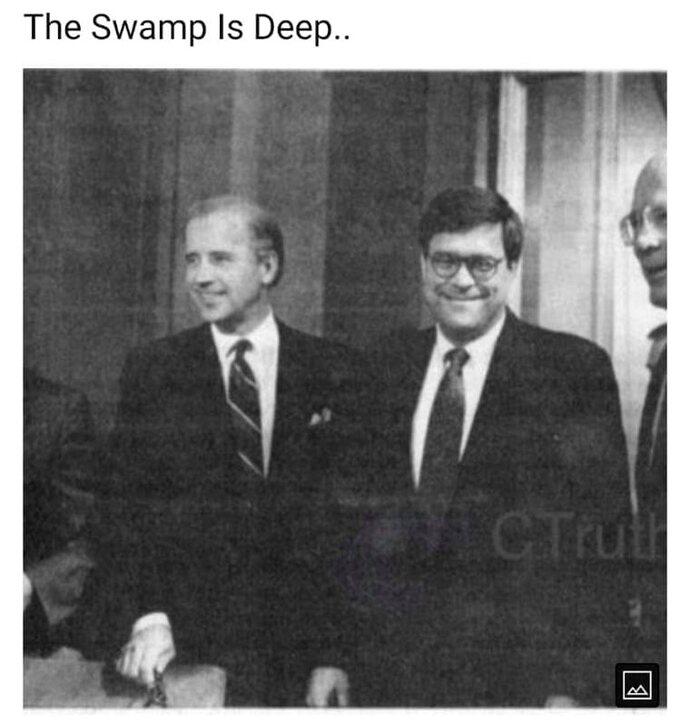 Nobody cares about Hunter Biden. If the DOJ has something on him, then prosecute him…

And if Joe is found to be a Coconspirator he also should be prosecuted.

I hope he does, Barr was one of the few people in DC that I hoped would do the right thing by standing up for justice but instead we get another Session’s 2.0. The tip off for me was when Barr was a Wray defender way back in October 2019. 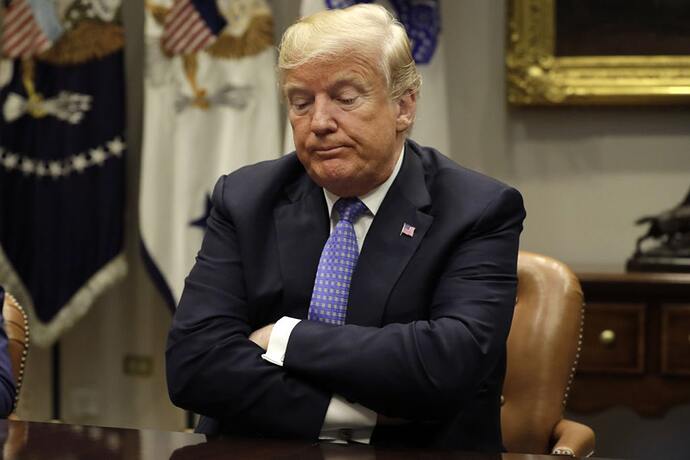 President Trump Claims He Will 'Declassify Everything' Over Democrat 'Lying'...

President Donald Trump tweeted Saturday that he intends to "declassify everything," over his own apparent concern that the Department of Justice and

Maybe the media will finally wake up.

… and maybe only the Australian media, who really like Biden it seems. 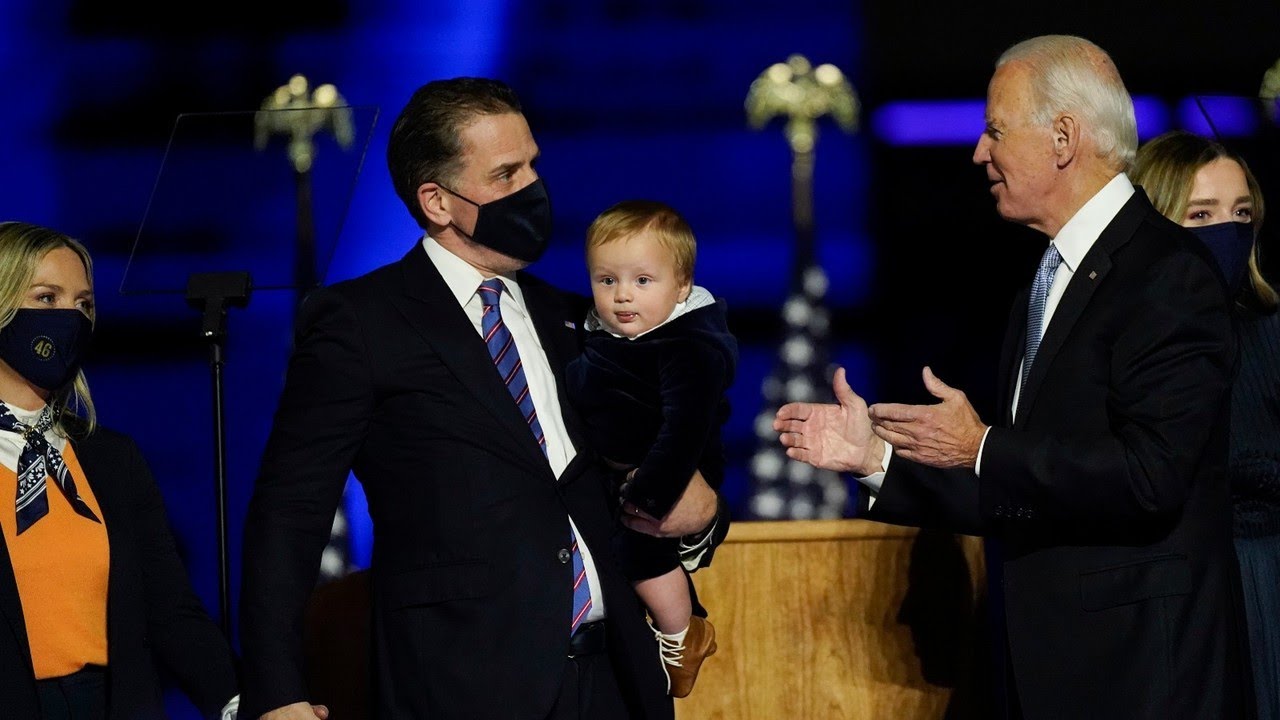 It doesn’t matter. 81 million Americans lined up to vote for Joe Biden, not Hunter Biden…

You are in the wrong thread …

81 million voters, some illegal, some dead, some multiple times, etc. Quite the achievement.

That was surely a deflection.

It was entirely non-responsive.

Of course he deflected…what would you expect?

His son is being investigated, that’s a serious issue. But Biden has his hands full right now. America has fired Trump, denied him a second term, and elected Joe to run the country. All 50 states certified their elections resulting in 306 electoral votes for Joe Biden, today, the electoral college formalized/affirmed that and Joe Biden will be sworn in on January 20th as the 46th president of the United States…

I would expect an on-topic reply.

Is that really too much to expect of anyone?

It was on topic. Biden deflected because it’s irrelevant to him…

America has fired Trump, denied him a second term, and elected Joe to run the country. All 50 states certified their elections resulting in 306 electoral votes for Joe Biden, today, the electoral college formalized/affirmed that and Joe Biden will be sworn in on January 20th as the 46th president of the United States

Actually, if the emails on the infamous laptop are the real deal, this very much concerns Ole’ ramblin Joe. Kameltoe Harris is pissing her pants with excitement watching this.