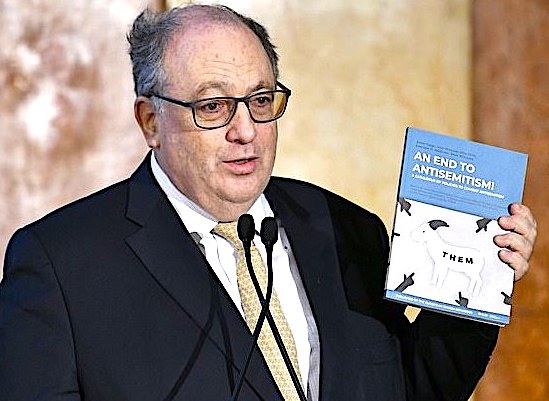 Jews Demand that Bible Be Censored Because It Portrays Them As They Really Are...

The term “Judeo-Christian” is very misleading, because the point of departure for Christianity is the denial of Pharisaic teachings (which grew into today’s Judaism).

Why lie? Your own citation doesn’t support that claim.

People obsessed with this this kind of thing, should be more concerned with their own faith and awakening, rather than focusing on kook writings.

If I were you, I wouldn’t call the Bible “kook writings”

Okay. You don’t like a particular source. Did you try and see if any other sources reported on this to determine if it is factual or not? Because it is.

Here is a leading ■■■■■■ cultural publication:

Should The Quran And New Testament Come With Trigger Warnings?

Trigger warnings continue to be a touchy subject in college classrooms, but could they be making their way to bible study groups?

Here is an article from the Daily Mail: 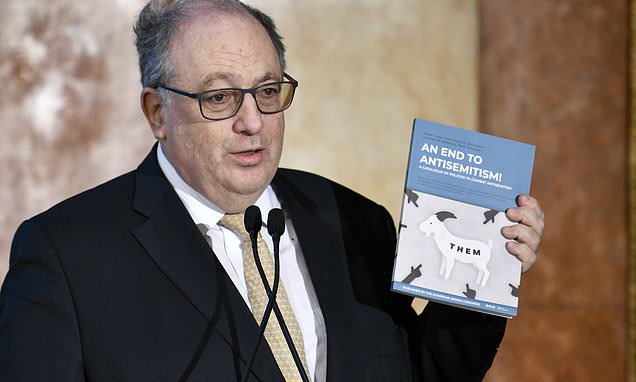 The suggestion was made in a document entitled 'A Catalogue of Policies to Combat Antisemitism' which was produced after a conference organised by the European Jewish Congress.

All of the articles are saying the exact same thing so go ahead and read whatever you’re preferred publication is and then make an informed post.

This isn’t exactly a new story but it has been reported on quite extensively here in Europe. I haven’t seen much more since the original articles came out so I don’t know if the group that was pushing this was successful or not.

I find the Torah and Talmud to be offensive and triggering. I think it needs to be censored so my feels are protected.

Not only does the Bible need to be censored, it should be thrown in the rubbish bin. It is obscene,full of genocide, outright murder, sexual perversion and just about every other vice known to mankind!

It would be advisable to throw people that say such things in the trash first.

Don’t worry there is a concerted effort by this rootless international clique to collapse all of Western Civilization and Christianity along with it. I hope you are prepared for what comes next as you are on the wrong side of things.

Uncle A was right about that!

If I were you, I wouldn’t call the Bible “kook writings”

The article you posted was, the kook writings.

You complain about Israel and pretend you just want “justice” but in truth…defending an insane man…Hitler…who shot people, whole families, down like dogs in the street, by the millions and people into hell…and you quibble about how many…

You should pay attention to the other posts in this thread that validated the story from the source that you personally don’t like.

Following such idiotic ideas, just to prove that there are some “■■■■■ who would dare to censor the Bible, is idiotic. As if that could happen.

Christians don’t have to believe paranoid ideas. The reality of religious debate should be done respectfully.

What are you not understanding about this? The European ■■■■■■ Congress wants to impose censorship and trigger warnings on the Christian Bible because it says things that the ■■■■ claim to be offensive - like the whole part about them killing Jesus Christ.

Notice how they will make no effort to censor anything in the Talmud that calls non-■■■■ - goyim…other wise known as sub-human slaves. That’s perfectly fine.

Following such idiotic ideas, just to prove that there are some “■■■■■ who would dare to censor the Bible, is idiotic.

It was clearly a very serious meeting with a lot of powerful people demanding that other religions conform to their worldview. How is that not a problem?

Why don’t you go read one of the other articles and comment back when you are better informed on the subject.

Just because there will always be people trying to debate religions like arguing dogs in the ally, doesn’t mean religions can’t debate respectfully and refute things, without paranoid acrimony.

It isn’t necessary to quote an entire post and any of the replies with it. It’s just spam and makes the thread look like garbage (I don’t know why you Hannity people insist on doing that). It’s also hard to follow what is being commented upon when people do that.

If it were a debate or criticism that were worthy of consideration I would would be willing to evaluate the merits of the idea, but it is nothing but agenda-driven hypocritical garbage as the people pushing for censorship of other religions aren’t willing to censor their own. In fact, if you so much as question them or their religion out come the accusations of being anti-Semitic…which actually makes it impossible to debate such things based upon the merits.

Charges of “anti-Semitism” come more from athiest leftists and radicals as political talking points than actual religious ■■■■■■■ Those painting Trump and Trump supporters as Nazis, are not religious ■■■■■

I don’t consider athiest ■■■■■ “■■■■■■ anymore than I would considered an athiest with Christian heritage, a “Christian”. or a Buddhist without faith and practice a “Buddhist” etc.

But then arguing a point already addressed by a brief additional sentence and snipping it, is just as bad. Rather than replying congruently, snipping off a sentence and then lecturing on the same point addressed, is just argumentative and pointless.

One could start a “European Christian Congress” get donations and demand "■■■■ accept Jesus and ban the Talmud–but that would be just agitators, too.

In old Japanese Buddhist history, religious “debate” principles would require the loser of a debate between various Buddhist sects, to convert to the sect that won the debate. This was much different from the idea of “Interfaith” congresses, “One-World/One Religion” ideation today, that attempts to turn religious differences into mush for the sake of political correctness and singing Kumbayas.

Obviously internet debate does not include acknowledging winners or losers with any useful congruency.