I’d like to start a discussion about the Second Amendment to the US Constitution. After the many mass shooting tragedies I think most of the country has decided it’s time to take a serious look at gun ownership in the United States (I am a gun owners as well).

What this thread is: In this topic, I want to take the Second Amendment down to the studs and examine its relevance to modern day citizenship in the US and in the world. I want to explore the philosophical underpinning of the Amendment, not its specific interpretation.

So, that being said, let’s start with an interpretation of the motivation for the Second Amendment and the philosophy behind it.

A well regulated Militia, being necessary to the security of a free State, the right of the people to keep and bear Arms, shall not be infringed.

I believe that the motivation for this amendment was to grant citizens the right to have the means to violently overthrow their government, to serve as a deterrent against tyrrany.

However, this is not to say I think every American has the right to own a gun, since it may be the case that private gun ownership is not sufficient means to overthrow the government, or that there are means of overthrow that don’t pose such a collateral hazard to the people.

So, to this end, I pose two questions for discussion:

Ought citizens of a State be granted the right to the means to overthrow that state?

In my opinion, yes. It should be a natural born right of a person to be able to participate in an overthrow of their government, at their own peril, but where there is a nontrivial probability of success.

In present-day America, is private gun ownership a feasible means of overthrow? If not, then what is?

This is what I’m not sure of. I used to think yes, a gun in every home keeps the government in check. But after watching events over the years, like the Arab Spring as an example, I’ve seen that it’s possible to overthrow a government without significant bloodshead, but rather with the dissemination of information. Twitter may be more powerful than a squadron of fighter jets, Facebook more powerful than an army.

However, as we have seen over the years with the Syrian rebellion…it is far different. It’s a bloody battle. This is where my philosophical understanding of the Second Amendment breaks down.

Welcome aboard Marcy. I do believe law abiding citizens should be allowed to protect themselves, if threatened. A few good adages: Better to have a gun & not need it; than to need a gun & not have it. - - - - - When seconds count, the police are just minutes away - - - - - Better to end up in court, than end up in the morgue. Now that being said; it’s more than obvious many elected officials are catering to illegals, and to immigrants who have questionable values, as far as supporting our country. The legal law abiding citizen, seems to have been lost in the political shuffle. We elect officials for these reasons: To protect our country & keep legal law abiding citizens safe & secure; & to put those legal citizens first. What happened? It should be a no brainer. Now, as far as taking up arms against a government, well, the behavior of political figures & their treatment of law abiding citizens is the key. What does it lead to when we feel threatened by those elected? I’m sure there are a few incidents in history that cover it.

We are seeing this right now with leftists in control of these companies. They are silencing and banning conservatives simply for being conservative and posting conservative thoughts. They then promote far left extremist views and tried to pass it off as mainstream. Facebook and Twitter are the primary reasons why all of this fake news about Trump impeachment keeps spreading like wildfire. So in that sense, you are correct. Companies like Facebook and Twitter are working to overthrow the US government and a duly elected president. They are in lockstep to advance the political agenda of the far left.

This is why you are off base with your assessment on guns. If conservatives keep getting pushed out of society and leftists use their control over the media and big tech to politically suppress conservatives, then then it just might come to a point where the people need to rise up and keep our American republic free. I think it’s possible to do that in a non-violent way, but make no mistake guns will need to be present and in the hands of patriots willing to use them. Scared leftists can go running hide in there safe space when they see that we mean business and we aren’t going to get pushed around anymore.

Our patience has its limits. Welcome to the Bullpen.

Another old adage: BEWARE OF THE QUIET MAN !

I believe that the motivation for this amendment was to grant citizens the right to have the means to violently overthrow their government, to serve as a deterrent against tyrrany.

That’s funny, I don’t see many of those words in the “interpretation” that you quoted.

Regular ole Americans invented these platforms, you or one of your right wing friends could do the same. They’re not government entities, nor are they controlled by the government.

As @Patriot has correctly pointed out on multiple occasions, Facebook and Twitter are no longer platforms, they are publishers hiding behind the legal protections of a platform such as this one. 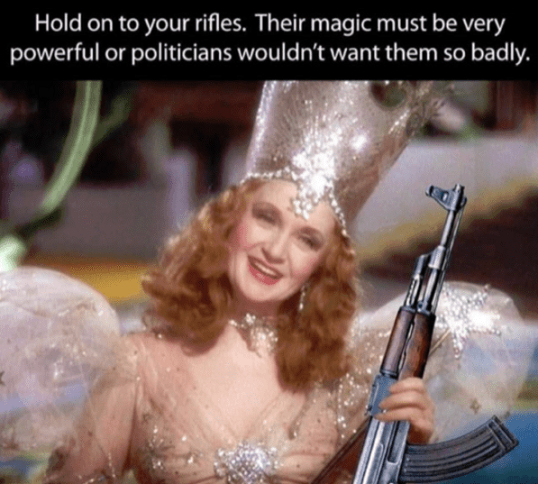 If the people of this country do not become extremely vocal with their Representatives at all levels of government, I am afraid that the ‘gun control’ battle is about to be lost. We are really not talking about the cultural changes in the US that cause people to want to murder. We are not talking about the desensitizing of Americans to Human life as people push partial-birth abortions and the slippery slope of euthanasia. We don’t talk about the fact that we are the most doped up and ‘counseled’ society on the planet, but the people who work tirelessly to disarmed the last large population on the planet, never sleep.

Gun control is a pipedream. I always hear people complaining about the NRA Boogeyman whenever a mass shooting event happens, right on cue. So…about all of those shooting deaths in Chicago…yeah…no one brings up the NRA then because those guns were obtained illegally. Gun control is all about going after law abiding citizens who responsibly purchase and handle their firearms. It’s big picture disarmament of a population. Good luck doing that without a fight.

Any Republican member of the Senate or House of Reps that cucks on guns is screwed. Period. The will lose their seat. Americans don’t care.

Some dead people don’t trump my right to own firearms. 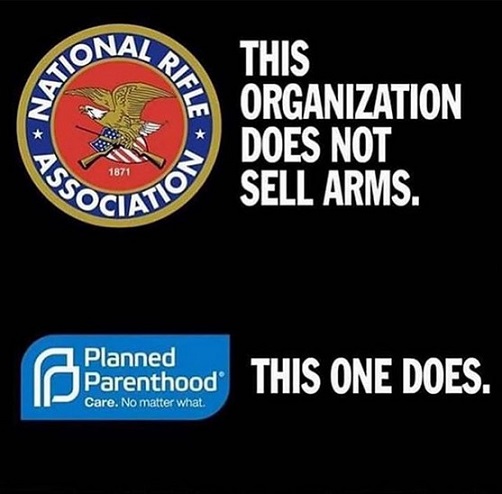 The 2nd Amendment doesn’t specify a type of weapon, only that the Right of the people to bear arms shall not be Infringed Upon .

Private ownership of weapons of war are available now for sale in the U.S., machine guns, tanks, fighter jets, artillery, etc. This comprises our “non-standing army” or militia.
Is it possible to win a true civil war against the might of the American military. The first question is which “side” would the troops fight for if required, the tyrant or the people? Second is is it possible for a “ragtag army of farmers and merchants” to defeat the most powerful military on Earth? Consider the American Revolutionaries, the Taliban and the Viet Cong. They certainly did not lose their conflicts.
Then consider the Poles in the Warsaw Ghettos with only as few guns holding off the German Army for weeks.
Regardless, the U.S. Constitution’s 2nd Amendment along with the contemporary notes and writing of those who wrote the Bill of Rights show unquestionably all citizens have the God-given right to defend their lives, liberty and property with a weapon of current usage.

So, to this end, I pose two questions for discussion:

Are you going to return for discussion?

Because civilian ownership of firearms severely threatens the (((power monopoly))) of the State, it is in the interests of our (((overlords))) to disarm the Goyim so they can carry on with their plans unhindered. Gun control = Goy control and that is all it is.

This, exactly. (((They))) need us disarmed so their plan for massive depopulation can begin. They plan to keep some techie types around (probably Asians) and genocide the rest of us. They are timing this with the rise of robots for slaves and workers and they hate us because we are the true Israelites of old and they are demonic imposters. We are also the only race that could stop them if we put the glasses on. We are the (((their))) bullseye, wake the hell up. 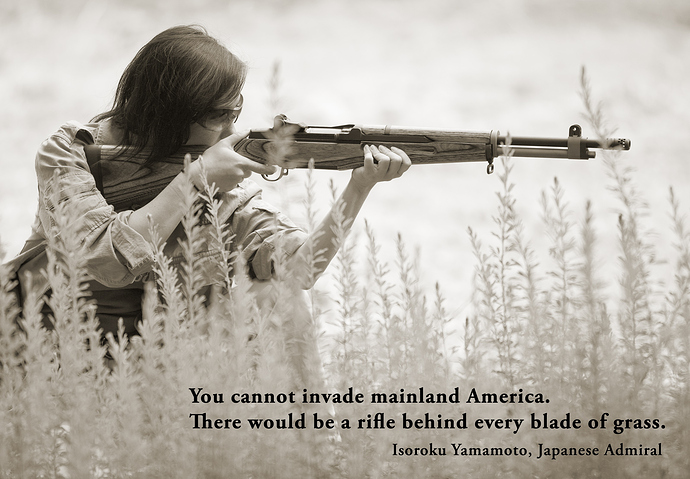