Apparently, this petition is getting a lot of support from American voters. Perhaps Pelosi and Schiff should reconsider their efforts to follow the path they’ve set out. 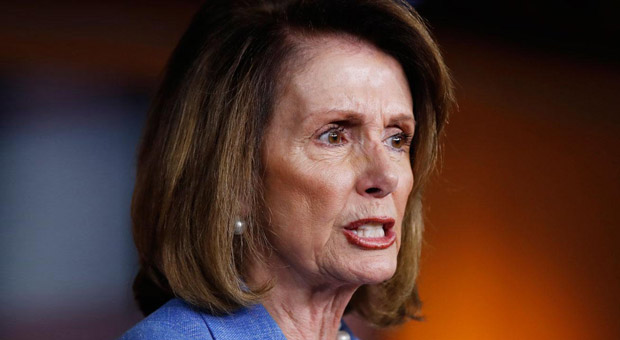 This is perfect, just in time to announce indictments and go after their golden Goose. This is war after all, and I don’t know about you, but I am not taking prisoners at this point! The left brought this on themselves and will get what they deserve!

Even though it was created in mid January, 2019…for reasons other than her illegitimate impeachment (of Trump) inquiry being run with her blessings by sleazeball Adam Schitt, the fact that she is treasonous is obvious. She really should be impeached…and convicted…and kicked out of Congress.

Just remember where we were two years ago, all of what we are seeing from the Democrats was something we predicted would happened and they planned it this way. They paved a road to hell, and now the will reap what they sow. If they think as a result of burning down the house that it will be them left to rebuild from the ashes, well that is just fantasy.

‘treachery’ is something The Donald could NEVER be accused of; he may have his faults but he’s no traitor.

treachery’ is something The Donald could NEVER be accused of; he may have his faults but he’s no traitor.

Well that’s not what ally’s are saying right now. Anyway, 250,000 people in a sea of 320 million is invisible. You could get 250,000 people that would sign a petition to impeach the fake president in one hour.

Yeah keep trolling, that is what losers do, none of what you say is actually ground in reality! Dreamers will keep dreaming!

Best start packing to move to the east…

That is pretty much where my sentiments are. Liberals need to be rounded up and sent to internment camps! Every single fking last one of them! Seeing a few of them hanging and swinging from trees would please me more!

Yeah, and they would’ve impeached him the day after his inauguration if they could have? The born-to-rule political establishment hates him the same as ours hates Nigel Farage.

That is pretty much where my sentiments are. Liberals need to be rounded up and sent to internment camps! Every single fking last one of them! Seeing a few of them hanging and swinging from trees would please me more!

That’s what Pinochet was up against in Chile; the liberals just wouldn’t shut up, and he knew that if he didn’t act they’d destroy the country.

Best start packing to move to the east…

I’ve already said on here I’d go and live in Russia if it wasn’t so bloody cold there. Russia’s about the only sane country on the planet.

Of course I am speaking facetiously but we may get a civil war if things continue going down the path that it is, which is fine by me just means killing liberals will become legal!

We didn’t try to remove Obama from office, so the left trying to invalidate my vote is reason enough to torch their house down! A lot of people are fed up with the Marxists who continue to push that envelope on conservatives! They may get their wish and will be wishing they had not gone there when it’s all said and done! The signs are there, and it’s not just the US but world wide, as I am sure you are seeing it too!

You can adapt to the cold! There are other places too! Like Czech, Poland Hungary where you don’t have worry about the commiecrats like Monte’s of the world! Trying to subvert western values.There is actually traditional culture being preserved.

I couldn’t. I’m a hot-house flower - always have been, always will be. I’m a wimp and I don’t care who knows it!

Just a little aside - I quite miss Obama. I miss the way he used to bounce down the steps from Air Force 1, with his forearms across his abdomen all the way down. I always used to think, seeing all those dignitaries waiting for him at the bottom, that if he did stumble, he wouldn’t half come a cropper, especially if it was on the first step out of the door. lol. Truth to tell, I used to hope he would!!

Besides Russia is there any other place you would go? Tropics? There is always Asia!

Nancy Pelosi is never going to be impeached. Why are Republicans so obsessed with going after innocent people and protecting criminals in the WH and administration?

Well he is hated by the majority of America, that’s true. But not for the reasons you think. If you were right he’d be long gone already, one way or another.

Ok, we’ll head out then.