I Think Everyone Has Got To Be Nervous

We are now 6 days away from the Election, I think everyone has got to be nervous. We have several situations to be nervous about:

Biden Supporters are they nervous or do they think or suspect in secret The Fix Is In? The Fix Is In as regarding millions of Mail In Ballots and millions of Third World Immigrants getting to vote in an Election in a nation they have no emotional or Cultural ties to.

As a Rightist I think I can say that most Rightists will not be out on the street committing acts of violence, in general we go for law and order, however if things get really insane and feral mobs attempt to get near The White House or houses and neighborhoods were Rightists live then I am certain Rightists will do something to defend The White House and certainly to defend houses and neighborhoods.

I wish none of this was happening, in the ideal situation it would be nice to have rational discussion with Leftists, however as Leftists are now basically feral and unhinged and at any given moment are ready to either threaten violence or actually do commit violence on anyone who disagrees with them, then I’m afraid any type of rational discussion is now not available as an option because The Rubicon was crossed a long time ago.

We have Leftist Activist Groups literally planning to destroy the nation if Biden doesn’t get in, 24/7 rioting and torching things, threatening to storm Governor’s Mansions and Mayor’s Offices if they activate the National Guard, DEMANDING they tell the National Guard to stand down so they can continue to riot and torch things etc

I would hope if things get too bad that The Insurrection Act will be activated, some type of action has to be taken to restore law and order.

I made a number of posts on the Nov 3 election (and have been accused for doing that).

It’s more than a Dem vs Rep issue. It’s a big mistake to think the election is just an American affair. Who becomes the President has a great bearing on the entire world, especially on the countries where the US military is stationed (or more bluntly put, occupied by the US military).

Trump is also the last ditch resistance against the New World Order, where everyone will have the mark or tattoo of the beast, be traced, and monitored for every move he or she makes (under whatever excuse, most likely Covid 19).

Well I also think it’s not just about Republican or Democrat, I don’t think of this election in terms of politics, I think of this election as literally the survival of Western Civilization as we have known it for Centuries vs the destruction of Western Civilization and the permanent ushering in of International Communism which as a practising Christian I see as being The Anti-Christ System, under no circumstances will I be taking any Mark of The Beast or denouncing Jesus Christ.

Then stop placing your faith in man! Like people here are advocating. No matter what, man is inherently evil thus is most certain to disappoint you. Professing Jesus the war is coming for you!

I made a number of posts on the Nov 3 election (and have been accused for doing that).

It’s because you are not American, you are not a registered voter, Nor pay taxes. and therefore your opinion on our countries matters means nothing. They are just opinions. Furthermore taking Biblical scriptures out of context to suit your own warped views will invite a wrath onto you! Think about your own cause and effect!

Well I don’t have my faith in man, if all goes wrong next week then I will think that Our Lord means this to happen, it could be the only way to wake up those who are still asleep.

Well if you read revelations it’s exactly that, a Trump win only buys us more time to prepare for what is coming. If you are a believer in Christ then it means the war is coming to you and you should have nothing to worry about.

Yes I know, but I wish this was not happening in our lifetime.

It most certainly is happening in our life time! The season is here! The Blooming of the Fig Tree! I am Glad I am here, because it means Jesus’s return will be coming soon!

Too many coincidences now to suggest that we are not in the End Times, everything is coming together exactly as it was foretold in our Bible, pretty incredible.

I have to hand it to the Luciferians, I never thought they would use something like Coronavirus to usher it all in, their plan is both diabolically genius and also so very simple.

Not sure who The Anti-Christ is actually going to be but I have thought for a long time that Francis The Anti-Pope meets all criteria to be The False Prophet, as a Roman Catholic he is not my Pope, he’s too Anti-Christian and Marxist.

I want to invite you to our group. There is an excellent series on The End of Times that has been absolutely amazing and I think you would get a lot from.

Okay that sounds good, where is the group?

I just added you.

Thanks I’ll have a look.

Are you aware of what’s been going on at CERN? Some seriously Demonic stuff, they are attempting to open a new portal that will unleash Dark Matter into our World, in my opinion this could very well allow actual Demons out, there was a weird video someone did about this, I will try and find it and post it.

I have been abreast about events and news surrounding CERN. Its really the tower of babel all over again. Its a good idea not to live in fear, isn’t that what CCP-Virus is about? 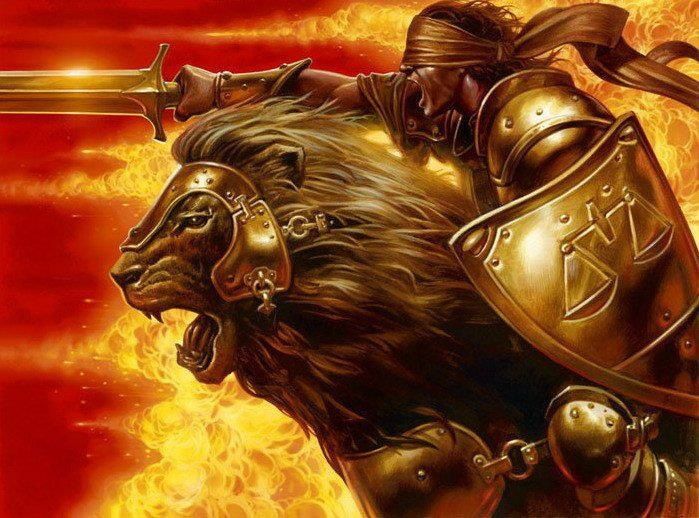 I’m not nervous. I think Trump is going to win. However, if he doesn’t I fully suspect that it will be because the Democrats flooded the zone with erroneous mail in ballots.

The Whore of Babylon is vividly described as a city surrounded by water, where many tongues are spoken, where all the merchants of the world perform their sorcery and represented by a woman holding a golden cup. That doesn’t fit Rome, but it does fit Manhatten Island:

Manhatten an island surrounded by water, where many tongues are spoken at The UN, where all the merchants of the world perform their sorcery on Wall Street and represented by a woman holding not a golden cup but a golden torch The Statue of Liberty.

Also The Whore of Babylon is somewhere where there are tons of J-e-w-s, because just before Babylon falls God tells them to flee to escape the horrors of the fall.

Yes COVID-19 is all about fear, it’s pretty shocking they have got so many afraid and wearing masks and locked in and being the opposite of social animals.

Oh I completely agree, if this was a legit election Trump would win in a landslide, but because of the millions of Mail In Ballots I fully expect massive vote fraud to happen and it’s going to come down to who is willing to take up the fight alongside Trump to make sure the Democrats don’t get away with it, Trump’s main problem again is that he’s surrounded by The Swamp, the FBI and the DOJ are full of Swamp Creatures.

Trump’s main problem again is that he’s surrounded by The Swamp, the FBI and the DOJ are full of Swamp Creatures.

I completely agree…yet Trump had his entire first administration to do something about and he didn’t.

Trump could have easily purged the entire executive branch, but he chose not to do that.

Here’s the video I found it, the “Jesus Christ” figure is obviously The Anti-Christ. All recent US Presidents have been Puppets, the only one who hasn’t been is Donald Trump and that’s why they want to not only destroy him but destroy his supporters also. WE are the one’s who are actually WOKE. WE are WOKE to THEM. We therefore are a direct danger to THEM and their Satanic Plan. 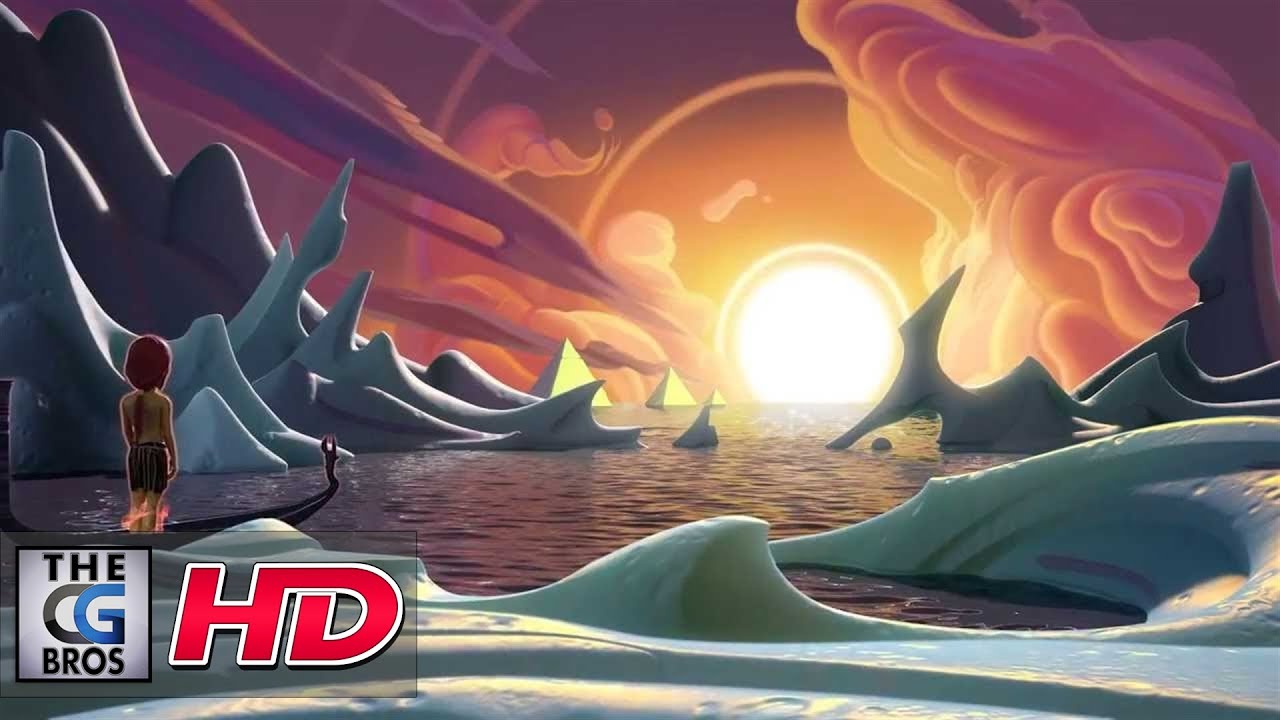