JC on a pogo stick I’m tured of these turds. I’d like to call them snowflakes, but a

is a beautiful thing.

So a time honored song that gets played this time of year now has connotations of taking away her no & date rape? Just how sissified are we getting?!

These losers need to be deported to Afghanistan, where they’d really appreciate how they have it here—even with schmaltzy Christmas songs like ‘Baby It’s Cold Outside’.

Haven’t we bigger priorities? Like banning the sale of leggings to fat women?

They went after this song last Christmas too. I think some truly cucked radio stations pulled it, but I heard it played on all of the stations in my listening area.

Who cares. If anyone wants to listen to the song they are free to buy it and play it on their own devices.

Leftists makes me sick, they really do

They want everything banned , even the classic 80’s christmas song " do they know its christmas" by band aid, a song that helped famine victims, its now considered offensive.

they want to ban anything that mentions “man, men and mankind” because it offends Feminists

They want to punish christians for refusing to bake a cake for a same sex marriage but its okay with a muslim throwing gay people out of their uber car and threaten them with if you were in our country we cut your heads off.

But that is okay.

Leftists parents who name their kids with stupid names like " ABCDE" and wonders why your kids are being mocked, or naming your kid after a fruit, or calling him or her Prince/princess and you wonder why we conservatives mock you?

Enough of the politically correct crap, we are not going anywhere and we will make your lives miserable from now on.

Who cares. If anyone wants to listen to the song they are free to buy it and play it on their own devices.

I say let them be miserable. They literally take the fun and enjoyment out of everything. If they want to sit in there wage slave apartments, surrounded by cats, and books on feminism then so be it. I’m going to drink eggnog, blast Christmas music, and make off-color jokes until I’m blue in the face. I don’t care if they don’t want some stupid radio station playing a “offensive” Christmas classic. I just won’t listen to that radio station (also who listens to radio anymore?).

It isn’t even the song that’s on my hit list. I just don’t have a hissy fit when I’m in a small store or mall & it plays.

Heck, Carpenter Christmas music is worse, instant diabetes. I wouldn’t even think to ask retailers not to increase my glucose level with such scmaltz as “Merry Christmas Darling”.

It’s the idea of censoring music because it offends some crybaby group—gee, I don’t hear them complaining about such “artists” as Eminem or songs like “99 Problems But a Bitch Ain’t One”, but “Baby It’s Cold Outside” is a date rape song?!

Next we’re going to hear how some old song like the Archies singing “Honey, sugar sugar, you are my candy girl…” should be pulled because it’s homophobic. I’m sick of these idiots!

Next we’re going to hear how some old song like the Archies singing “Honey, sugar sugar, you are my candy girl…” should be pulled because it’s homophobic. I’m sick of these idiots!

and oh so true

Thin Lizzy - Boys Are Back In Town

And that time over at Johnny’s place
Well, this chick got up and she slapped Johnny’s face
Man, we just fell about the place
If that chick don’t wanna know, forget her

Damn near every of the leftist’s beloved songs, since Woodstock and until the mid-90’s, are about misogynistic heterosexual sex.

AC/DC’s agent is out there sweating blood.

Well the first stage was to try to the greatest extent possible to remove Christ from any public displays of Christmas and now I guess since they’ve largely been successful at that it’s time to take the joy out of it as well.

Leftists won’t be happy until we are all as equally miserable as they are.

Personally I think all copies of this ‘60’s song should be burned unless they rewrite it to include transgender people. It could go

You are my candy, whatever

And you got me wanting you

You are so gender neutral

And ya got me wanting you.

Sarcasm is now turned off.

What about all of these rap songs that denigrate women and glorify violence? These radio stations have no problem playing any of that trash.

okay , you owe me a new monitor , i just spit my coffee on it

I feel insulted! I’ve been a drunken undergrad at 3 in the morning & never uttered any of that nonsense.

‘Baby It’s Cold Outside’ was Dean Martin? Song must have worked for him. He was married at least once & had something like 8 kids.

If I don’t like something I avoid it and pay no attention to it. I don’t whine and cry about it and ban it. It’s pathetic. 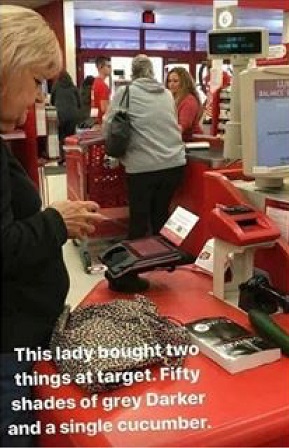