I Hate the US Senate and You Should Too 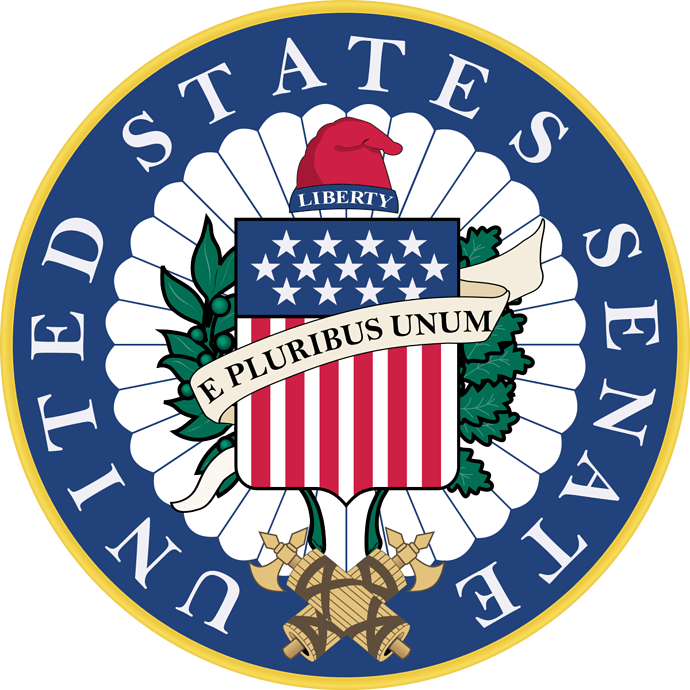 The US Senate, with votes designated by state as opposed to population, was one of the most important and unfortunate compromises made when the Constitution was being written. Small states threatened to bolt if the US Senate was based upon population and the Southern states insisted that their non-voting slave populations be counted as well. This compromise was opposed not only by Madison, the principal author of the Constitution, it also was the first issue that caused the constitutional convention to almost fall apart entirely.

Here’s Madison: “In all cases where the general government is to act on the people, let the people be represented and the votes be proportional. . .” He argued the small states would be able to “extort measures” from the larger states and “frustrate the will of the majority.” Nice foresight.

“It seemed now to be pretty well understood that the real difference of interest lay, not between the large and small but between the northern and southern states.” Madison opposed the counting of votes of non-voting southern blacks on both moral and political grounds. (Excerpts from A People’s History of the Supreme Court)

Benjamin Franklin believed that a higher house elected by legislatures instead of the people was an inappropriate vestige of the aristocratic rule that the colonies were emerging from. He also variously proposed that we only have one house of congress, and that their representation be determined either by population or by the relative proportion of taxes paid into the federal government by the state. As an aside, he also proposed to the PA convention debating the Articles of Confederation that PA oppose great concentrations of wealth as (paraphrasing) antithetical to a Democratic society. (Info from Isaacson’s biography of Franklin.)

Interested in other examples of the pro-Democracy founders who opposed the clearly anti-democratic structure of the senate. That being said, we shouldn’t be surprised when the Senate votes against initiatives that are widely supported by the public. Thwarting the democratic will of the country? That’s just the Senate being the Senate.

I appreciate your historical analysis and citations. I think the only reason you dislike the Senate at the moment is because it’s not controlled by Democrats.

I actually like the Senate’s ability to do nothing.
It is something of a hurdle to keep government’s/democratic mobs hands out of my pocket.

Your historical analysis is right on, but you are forgetting current affairs. Due to gerrymandering, the House of Representatives majority can too easily switch from one side to the other - usually benefiting Republicans and rarely benefiting Democrats (although it does happen). The Senate, where members are elected by all of the people of a state, is actually more representative of the actual makeup of the electorate. The problem with the Senate is that it is operating by arcane rules which allow a small minority to completely block an action with which they disagree.

The Senate, where members are elected by all of the people of a state, is actually more representative of the actual makeup of the electorate.

You’re speaking of an intra -state measure of representation? With two Senators per state, no matter what the state’s size or population, the skew in favor of low-population states is enormous.

If you truly love your coumtry, you should do the job for a stipend. I know I would. Just give me enough money to fix up my old F 150, and time for me to work in my garden. I don’t need Secret Service protection. I’m well armed. Anyway, who would not love a politician who refused the pay?

I was thinking of the data that showed that typically more people vote Democratic in House races than vote Republican and yet more Republicans were elected to the House on average. The composition of the Senate, on a party basis, more closely reflects the electorate at a given point in time, even if the method of getting there is, as you say, flawed by over-representing the smaller states.

Love the title. “…and YOU SHOULD TOO”.

That is the way you people are isn’t it? …telling people what they should think.

So it was a fake title?

Forget it. I was trying to engage you in an intelligent conversation regarding the substance of the OP. Apparently that’s too much to ask. Enjoy your Sunday.

The Senate exists because of slavery, primarily, and distrust of cities secondarily, and the Founders desire to divide power as much as possible, tertiarily. That is all.

Not only should the Senate be returned to being appointed by the State legislatures the number of Senators should be increased to 3 per State and terms limited.

What’s your rationale for increasing the number from 2 to 3? I’m on the fence about state legislature appointments but am totally supportive of term limits. I think most Americans are.

Have you ever considered the full effects of the direct election of Senators?

I will suggest this one: with an appointed Senate regional and even State parties (like the Grange) could hope for national significance just on the back of local successes.

The direct election of the Senate affected many things: one of them was essentially neutering the prospects of third parties and strengthening the hand of the two big parties.

Increasing the number of Senators in combination with restoring appointment of Senators would at least provide the opportunity to reverse that somewhat.

The Senate exists because of slavery, primarily, and distrust of cities secondarily, and the Founders desire to divide power as much as possible, tertiarily. That is all.

It is likely that you exist here because of slavery.

The senate is democratic, you are confusing majoritarian with democratic, they aren’t synonyms. And to hell with Madison, he was a dirty federalist.

The founders as a whole were not pro democratic they were pro republican which is why they gave us a republican form of gov’t expressly designed to temper the will of the majority and protect the rights of minorities exactly as is expressed by how they structured the senate.

There would be no point at all in having a second house of the legislature if it were proportionally divided on population in the same way the house is.

A further example of their desires can be found in the 9th and 10th amendments protecting the rights of the states and individuals against the will of the majority.

A straight democracy is nothing more than mob rule.

The 16th and 17th amendments crippled the republic forever.