To quote Kevin MacDonald, “Try finding one ■■■■■■ organization [in the West] that opposes immigration…you can’t.” 80% of ■■■■ in the United States vote Democrat, yet only 8% of ■■■■ in Israel identify as “liberal.” ■■■■ are perfectly content to push for multi-culturalism in Western societies, but abhor the idea for their ethno-religious apartheid state. Not only that, but Israel was conceived of and implemented through deception, and since its “independence” it has actively pursued an aggressively expansionist policy. If and when things get too bad in the West, the ■■■■ can always take off, kiss the dirt and become citizens through their “right of return,” and stay nice and cozy behind their big wall. In the meantime, their rampant persecution complex serves as a powerful tool to manipulate whites.

Have you considered that “liberal” in the United States no longer means “liberal” at all and that folks elsewhere may be using a different definition?

The liberal tradition globally ends up with this degenerate morass, no matter where it arises.

The mind is a terrible thing to waste. The cited article is mindless drivel.

@Ash - Kevin MacDonald’s book Culture of Critique talks about this a lot.

Whites are actually one of the least tribal, least ethnocentric, and most altruistic/cooperative group of people on the planet.

Yet we’re uniquely smeared as being the worst racists around. If only it were true.

Most of our problems stem from not being racist enough

What other group on earth lets in millions of foreigners? Name one.

What other group on earth adopts babies from another race at the rate whites do? Name one.

I know, I say this all the time… they’d shit bricks if we were half as bad as they portray. Push too far and they’ll find out. We’re getting close to that too.

I don’t think we were always this way. 19th century whites would riot and take up arms at the drop of a hat. It’s really incredible how disinclined to violence and civil disorder we’ve become in so short a time. 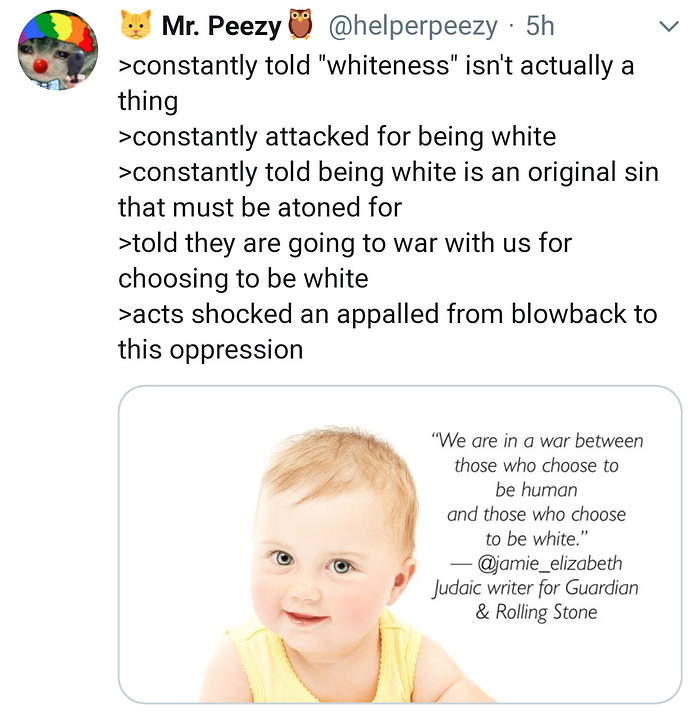 Yeah, for all our faults we are the only race that gives a damn about the fate of other races in the altruistic sense. Damn white supremacy!

19th century whites would riot and take up arms at the drop of a hat. It’s really incredible how disinclined to violence and civil disorder we’ve become in so short a time. 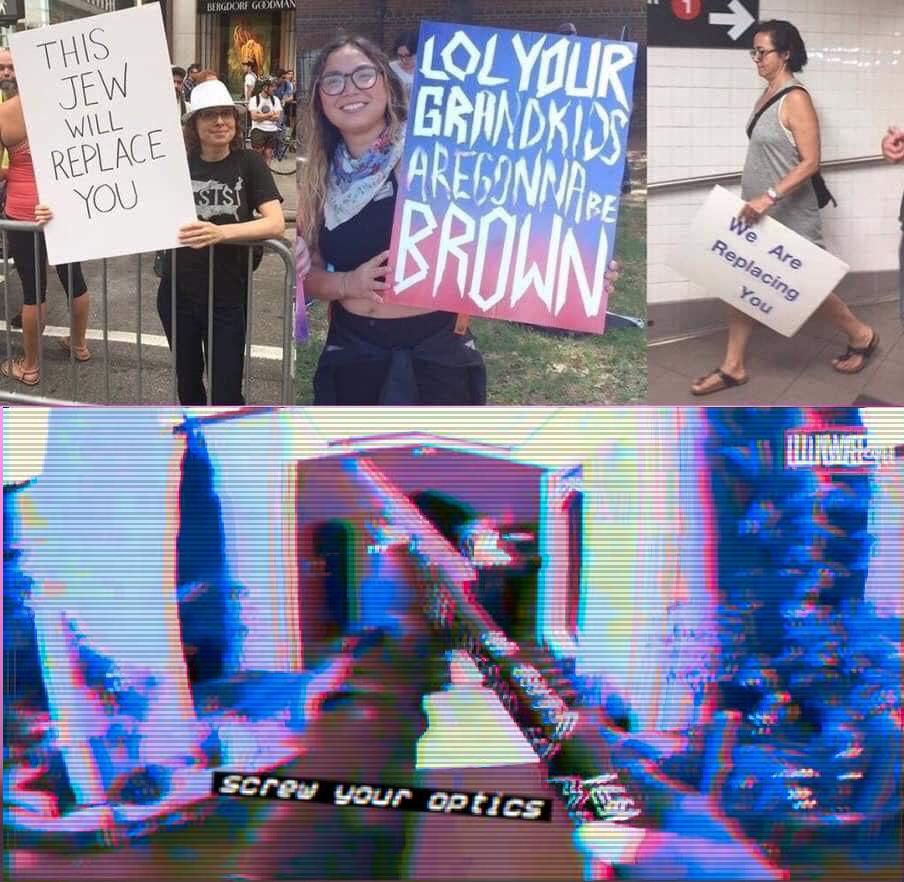 Oh, the times they are a-changin.

For dispensationalist Christians the ■■■■ are God’s chosen people.

For the Millennium to come, the ■■■■ must be living in Israel, whose capital is Jerusalem; there, the Temple will rise again at the time of Armageddon.

On the eve of that final battle, the Antichrist will appear—probably in the form of a seeming peacemaker.

Fundamentalists differ over who the Antichrist will be, but dispensationalists agree that he will deceive the people, occupy the Temple, rule in the name of God, and ultimately be defeated by the Messiah, Jesus Christ.

Dispensationalist Christians believe that how a person treats Israel will profoundly influence his eternal destiny.

In the forefront of this Scriptural error you will find the teachings and Bible references of C. I. Scofield .

Thousands Dispensationalist/Fundamentalist ministers carry or study the reference notes of the Scofield Bible. Many Protestant Bible school students uses this Bible as their reference. They use it as their source as to what the scriptures really mean, as opposed to what they really say.

Scofieldism preaches the Fatherhood of God and the brotherhood of man (though the latter teaching is not specifically found in the Bible).

It is a Marxist scheme - it emerged from the French Revolution (not the OT, nor the NT). It came out of the same group of ■■■■ that gave us the Statue of Liberty - The lady (Whore of Babylon??) that best represents the coming New World Order aka Globalism.

This perpetual symbol of Globalism, standing on an isle, rises up from the sea - with seven horns on her head that is disguised as a crown of liberty. She used to stand for legislative democracy, America, and republicanism - until 1917, when ■■■■ - determined to make America their own, every bit as much as Israel, brought cultural Marxism to our shores, " socialist democracy " and Zionism as a Christian ethic which later became Dispensationalist Christianity/Evangelical Christianity.

Dispensationalist Christianity was a thought theology with the purpose of helping our traditionalist Christian population accept the greater conspiracy of world Marxist socialism that had to be implemented by them so the ■■■■ would never again be chased out of another nation.

In order to refute Christ’s words concerning Esau-Edom and ■■■■■■ which was to say that they were of their father the devil - traditional Christian theology had to be changed to make God the father of all men and all peoples - insisting that Satan is not the father of any of them, that somehow Jesus’ words did not mean what He had said they meant.

Do you see how all that works? The second part of this theology is the idea that all men are brothers which is intended to refute the Scriptural teaching and truth that all men are not brothers.

The third part of this theology teaches that God has a chosen people, above all the people, on the face of the earth.

Perhaps the most insidious teaching of this new , modern and communistic Christianity was the dichotomy that not only was the “Scofield” Bible the absolute word of God, but that if you were to be offended by this version of Christianity you were definitely going to hell.

This version of Christianity is basically, and in the end, a decree to worship Israel - and what every Christian iis left to figure out is whether or not this decree is the word of Christ/God or man’s word.

Much like what was published in 2008 by James Q. Wilson. 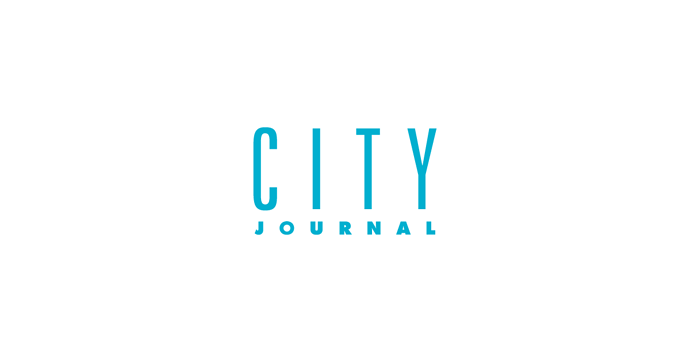 This bit reminded me of this thread…

Now that’s quite the statement.

In order to refute Christ’s words concerning Esau-Edom and ■■■■■■ which was to say that they were of their father the devil - traditional Christian theology had to be changed to make God the father of all men and all peoples - insisting that Satan is not the father of any of them, that somehow Jesus’ words did not mean what He had said they meant.

When and where did Christ make this statement? Book, Chapter, and Verse please.

What a mythical science fiction movie that would make…