How does Biden stack up against a list of Alzheimer's symptoms?

It is tragic for the individual, family, and loved ones of an elderly person suffering from dementia or Alzheimer’s. It is a disaster for our nation if it is our president. Is President Biden suffering from a disease that is robbing him of his cognitive abilities?

Challenges in planning or solving problems. The debacle of Afghanistan.

Difficulty completing familiar tasks. Shore News noted in a March 21, 2021 article that President Biden lost his way when walking toward Marine One and needed to be steered back to his helicopter by Vice President Harris and his aides.

Confusion with time or places. The Independent Sentinel on February 29, 2020, noted that Candidate Biden stated, “Right here in the state of North-South Carolina” at an event in South Carolina. Later confused past and future by stating that he looked forward to appointing the first African-American senator.

Trouble understanding visual images and spatial relations. No evidence of any change.

New problems with words in speaking or writing. On March 25, 2021, the British Sun’s headline read, “Biden completely forgets what he’s talking about and mumbles incoherently at camera in excruciating press conference.” The article noted that Biden ended the press conference by stating he was taking his final question, then walked away in the middle of the final question. Our allies are certainly questioning President Biden’s behavior.

Misplacing things and losing the ability to retrace steps. At an April 29, 2021 outdoor rally in Duluth, Georgia, President Biden ended his speech by announcing to the crowd, “I’m looking for my mask. I’m in trouble” — only to find his mask in his pocket. The question that begs to be asked is, whom does the President think he is in trouble with over his mask?

Decreased or poor judgment. Good ole Joe Biden was elected to the presidency because he got along with almost everyone. Just months into his presidency, he needlessly humiliated French president Emmanuel Macron and all of France by publicly announcing that America and England would provide Australia with nuclear submarines, undercutting our French ally.

Withdrawal from work or social activities. President Biden spends almost every weekend alone with the first lady. Even MSNBC acknowledged how isolated President Biden appeared in the photograph taken in the Camp David conference room as the Afghan crisis unfolded.

The CDC states, “People with one or more of these 10 warning signs should see a doctor to find the cause.” President Biden exhibits at least nine of the ten CDC warning signs of Alzheimer’s disease, which is concerning. In reading articles of Biden’s behavior and watching videos of President Biden, it is apparent he is not in control of his own faculties, let alone the federal government.

If President Biden is unable to discharge the powers and duties of his office, why hasn’t Congress acted in removing the president in accordance with Amendment XXV of the Constitution? It may be that the Democrat leaders in the House and Senate know they need a weakened president to enact their legacy legislation and believe they can continue to control of the federal government with Biden in the role. Republican leaders in the House and Senate may believe that once they control both houses, they will have the power to approve the next vice president — all while our rivals across the globe take advantage of our weakened president and our allies plot a future without the United States.

America with a weakened leader reminds me of the instruction I received when parachuting. If you have a malfunction, you must decide how bad of a malfunction. If malfunction results in a broken leg or two, then ride it to the ground. Because if you go to the reserve and it malfunctions, your life is over. We cannot survive a President Harris, House speaker Pelosi, and Senate leader Schumer leading our country. Let us all wait until the November 2022 elections.strong text

How does not removing the “#” in all your posts stack up against probably Alzheimer symptoms?

Have a comment that is useful as you contribute nothing to the conversation.

I fixed it so you won’t wet your panties.

Is President Biden suffering from a disease that is robbing him of his cognitive abilities?

Listen when you have been saying stupid shit for 50 plus years and hung around with Corn Pop , you don’t have very far to go in the brain dept. !!!

Where’ Monte with his denial??? 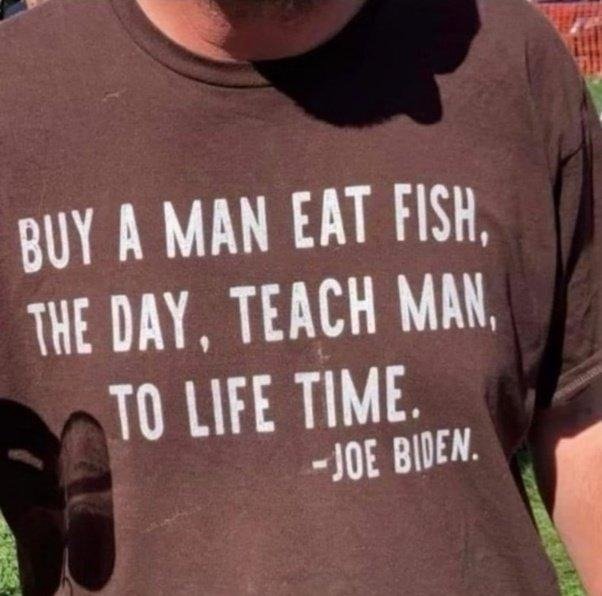