How Do You Defeat White Supremacy in White Countries? 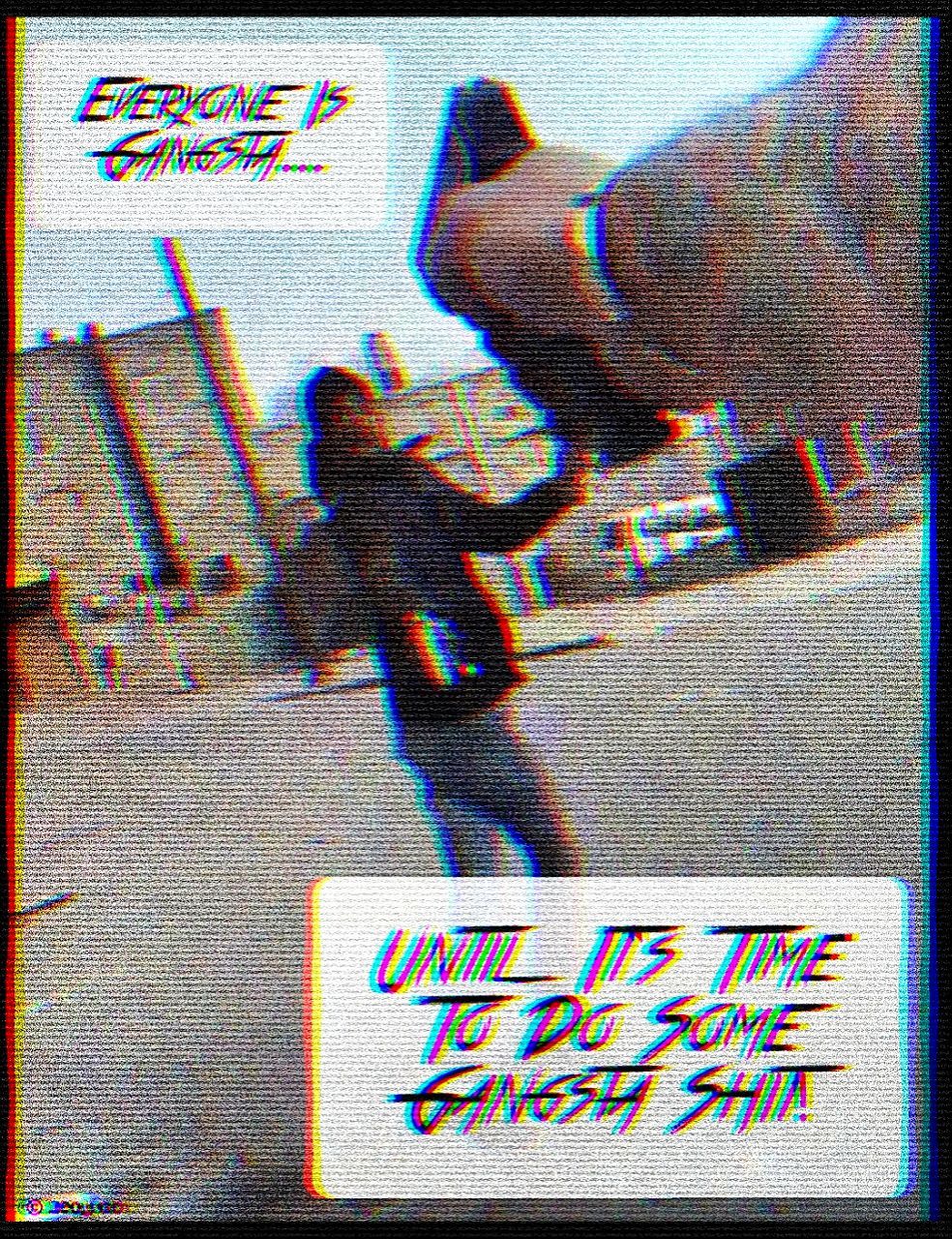 How do you “defeat White supremacy” in White countries?

Their only way to do this is to import more third worlders taking away White self determination while taking away our ability to protest it.

Think about that. Really think about what that means when POTUS says that on national television. You have been warned. (((Globalists))) have been orchestrating this overthrow for a century and they’re going to use every tactic and every resource they control to see it to completion. You’ll only see escalation from now on. You’ll only see more and more brazen sidestepping of the constitution.The idea of the US Goverment is just a costume for a genocidal (((globalist))) regime underneath. This is really happening. This is a pivotal moment in history you’re engaged in.

We all should never lose the wanting and longing of self-soverignty and homogeneity of our civilizations and lands. We will take the fight onto their own turf and illustrate to them that their power is a mere illusion only upkept by puppet governments, kangaroo courts, and economemes. And here’s my favorite part, when a sufficient number of people piece together and see the scale of our circumstances, no force can stop the falling of the house of cards. It’s not about “red pilling” everyone, it’s about showing the light of truth to enough people where it will spread to the rest on its own.

Their only way to do this is to import more third worlders taking away White self determination while taking away our ability to protest it.

In a much better world, I would be a teacher. A man who would’ve lead a class of great people on the correct path devoid of the taints of the (((right))) or (((left))). Correct has no direction because it is the correct path.

In a much better world, I would be a great cartoonist. One who will have made illustrations and fables to spark the very young minds of children and light the path for them to follow free from the disgusting subversions and indoctrinations of our broken system.

In a much better world, I would be a grand engineer. Designing machines and starships where one only would need to only concern themselves with mere routine maintenance at worst. Free to wonder the universe and the stars without a care or a worry.

But that world is not the one we live in, but one we can make for our sons, daughters, nieces, nephews, and any to-be ancestry. And with our world as horrid and cancer ridden as it is, I will remain as long as my life force will keep me to make this damned world disappear and for our tribe to realign and reign over this planet to have the true freedom of going anywhere they want to with the only limitations being the rules of nature and the rules of the cosmos above and ever expanding around us. And as long as my life force will allow me to be here, I want this realm to be swiped clean so we will no longer busy over meaningless matters like diversity and (((white man’s burden))). The odds around us are far too great for pussy footing and being “considerate” for the lesser who in any other worldly circumstance, have the delete key hit far harder than what any native american ever experienced. There isn’t anything left to debate, there should have never been anything to begin with.

We conquested this wonderful world and made it into a far superior realm than what it would have been otherwise. If we can do it many times over, we can do it many times again until we are the sole tribe to reign over it. The stakes and what is up for chance has never been higher. And I vastly encorage any white tribesman, woman, and child, to act accordingly.

The right and left no longer have a need to exist. Our world is in a racial, tribal war.

I’ve been enjoying this ride. Watching all these illegals and diversity assholes trying to tell White men where we are and aren’t welcome in our own countries is hilarious to me. It’s like the manlet in the middle of the bar who’s been running his mouth all night while men twice his size look on running low on tolerance. All we have to do is get out of our seats and all these people will go silent in fear.

We aren’t welcome in the countries our ancestors built. Somehow that argument isn’t going to last.

It’s really easy to defeat the ones who would strive to destroy us with different races. Assimilation. My family has black, white, Hispanic and Asian. Almost ALL of them are Constitutionalists … see, what makes America great isn’t a specific race or skin color, it’s a specific set of values, drive and dreams. The ONLY thing we must defeat to stay at the top is the movement to kill drive and replace it with dependence. So long as we can profit as individuals, we will have the will to remain free and so long as we maintain the 1st and 2nd Amendments, we’ll have the ability to remain free.

We cannot get sidetracked and start thinking that skin color matters. The ONLY thing that matters is our Constitution and America’s loyalty to it.

Give whites white countries of their own, not letting Africans, Asians, Latinos, etc., migrate en masse and work there.
It’s also known as “apartheit.”

Strangely, it worked fine until political correctness and equal opportunity came along

A nation is a people tied together by common ancestry, culture, language, or history according to the dictionary. Aside from history, all of these are racial constructs in one way or another. A nation is an ethnic people, the only true nationalism is ethno-nationalism. Anything else is only a weak attempt to tie different peoples together that ought not be tied together, it will fail inexorably.

"New, from DemCo: I Can’t Believe It’s Not Hate Crime!

"We’ve all been there, something bad happens and mean Republicans, pro-lifers, the NRA gun nuts or homophobic haters point out that it was perpetrated by minorities, homosexuals, transgender persons, or one of those wonderful Muslims.

"What is a progressive to do?

"Why, with new I Can’t Believe It’s Not Hate Crime you can push their tiresome, boring rants far, far away!

“Just apply I Can’t Believe It’s Not Hate Crime to your rectum like so and it’s patented politically correct recipe strongly attracts the skin of you scalp …” (Voice now muffled) “… and now you’ll have no problem realizing who is really responsible for whatever goes wrong!”

“I Can’t Believe It’s Not Hate Crime, available on school campuses and from druggist nation wide!”

Why must people always aspire to history? This nation has never been a traditional nation, yet we became the most powerful nation on the planet. Why? Because of our shared goals, values and Constitution. We are all human beings. The color of your skin doesn’t make a damn bit of difference. I have a black neighbor. I have an Asian, Hispanic and several others. We’re bound together because we’re Americans. That’s our shared bond. It’s just blatant stupidity to suggest we can’t be an effective nation because some are a different color. This nation has proved you wrong for many decades.

This nation has proved you wrong for many decades.

HOW? Easy to do; simply flood civilized countries with primitives, turn you back on thier criminal behavior, and creeping gradualism will slowly drag those countries back to the Stone Age. Don’t believe me, look at South Africa, Scandinavian Countries, France, Germany, Italy, etc. South Africa was once the Shining Star of the continent, and now, since black rule, well, you do the math. Now, the USA; my grandchildren will never get to see or experience the America I grew up in. 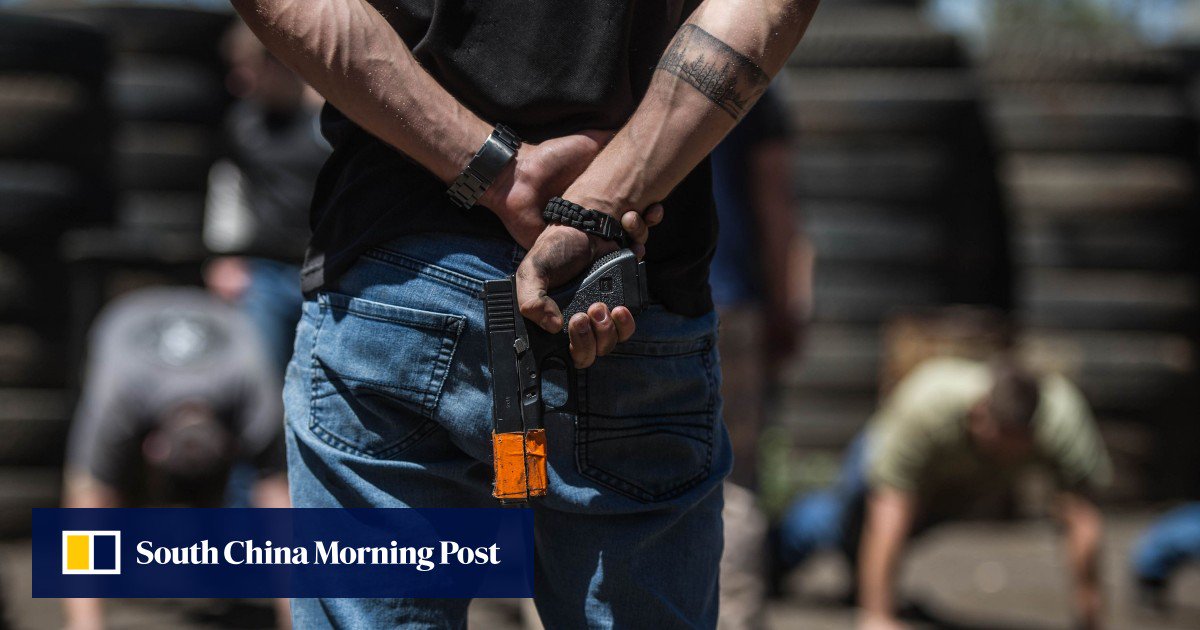 “They [black people] truly think that we have stolen the country from them,” said Limpopo-based farmer Gerhardus Harmse. “We built this country, show me anything, any place that the blacks built – there isn’t any. They cannot build, they destroy.”

Fear is an effective motivator. Critical thinking is a must and can be learned.

I guess we can take advice from successful black leaders. “The full extent of Mugabe’s assets are unknown, but are rumored to exceed $1 billion in value, the majority of which are likely invested outside Zimbabwe.” He sucked the very life blood from Zimbabwe. He also said: The only white man you can trust is a dead white man. Another great black leader.

The enemy is inside the white countries.

Anti-White racism has distressingly become an accepted cultural norm throughout the Western World. Mainstream media, education, and even science and medicine have been hijacked by brainwashed zealots who push relentless white-hating propaganda on the...

Yeah, and before Hispanics, we were Italian, Irish, German, French, British and anything else we could divide ourselves over. . . The point is the skin color is just not relevant. It’s common values that bind us together regardless of race. Until we start teaching that, we’ll continue to decline.