How Bernie Sanders Pays For All His Plans For Our Future

College for All and Cancel Student Debt

It will cost $2.2 trillion to make public colleges, universities and trade schools tuition-free and to cancel all student debt over the next decade. It is fully paid for by a modest tax on Wall Street speculation that will raise an estimated $2.4 trillion over ten years. Click here to read the plan.

Bernie’s bill to expand Social Security will increase benefits for low-income senior citizens and people with disabilities by more than $1,300 a year. It is fully paid for by making the wealthiest 1.8 percent of Americans – those with incomes over $250,000 a year – pay the same rate into Social Security as working families.

This bill will also extend the solvency of Social Security into the year 2070 – ensuring that Social Security can pay every benefit owed to every eligible American for the next 50 years.

Bernie’s proposal to guarantee housing as a human right and to eliminate homelessness will cost $2.5 trillion over the next decade. It is fully paid for by a wealth tax on the top one-tenth of one percent – those who have a net worth of at least $32 million. (Bernie’s wealth tax will raise a total of $4.35 trillion.)

Bernie’s proposal to guarantee universal childcare and pre-school to every family in America who needs it will cost $1.5 trillion. It is fully paid for by a wealth tax on the top 0.1 percent – those who have a net worth of at least $32 million. (Bernie’s wealth tax will raise a total of $4.35 trillion.)

Bernie has introduced a proposal to eliminate all of the $81 billion in past due medical debt held by 79 million Americans. It is fully paid for by establishing an income inequality tax on large corporations that pay CEOs at least 50 times more than average workers. .

The $16.3 trillion climate change proposal that Bernie has introduced will fundamentally transform our energy system away from fossil fuel and towards energy efficiency and renewable energy. It will also create 20 million good-paying union jobs in the process.

It is fully paid for by:

According to a February 15, 2020 study by epidemiologists at Yale University, the Medicare for All bill that Bernie wrote would save over $450 billion in health care costs and prevent 68,000 unnecessary deaths – each and every year.

Since 2016, Bernie has proposed a menu of financing options that would more than pay for the Medicare for All legislation he has introduced according to the Yale study.

(Revenue raised: About $4 trillion over 10 years.)

(Revenue raised: About $3 trillion over 10 years.)

The little things:
The fact-sheet highlighted for the first time that many of Sanders’ expected cost-saving measures relied heavily on conjecture. Sanders’ document asserts matter-of-factly that a “modest tax on Wall Street speculation will raise an estimated $2.4 trillion over ten years” and, in one fell swoop, make all “public colleges, universities and trade schools tuition-free … and cancel all student debt over the next decade.”

The Sanders plan "would mean paying $25 to the federal government every time you traded $5,000 worth of stock — or five times what you’d pay the typical online brokerage in fees.

Scaling back 1.215 trillion in military spending.
No mention of the unemployment in the military or the secondary suppliers for the military.

New green energy jobs. No mention of what jobs will b created or how much they will pay but does say how much in taxes they will collect.

The best if taxing wealth and high income earners. How many will lave the US with their companies, their jobs, their wealth? No mention of that.

Medicare for all, how will they service the entire US including illegals? All employers would pay 7.5% tax on income for all employees. A sound plan for start ups.

A 77% tax on estates over 1 billion dollars. what’s the incentive for the wealthy to remain in the US???

Restoring the 35% tax rate on all business. A sure job creating tax.

Just a few laughs for the next election.

Fat chance he’ll get any of that through Congress.

The dummycrats have done far worst when it comes to spending .

People were stupid enough to give Obama a democrat house and senate and we got the ACA and a host of other ugly programs. Never say never. 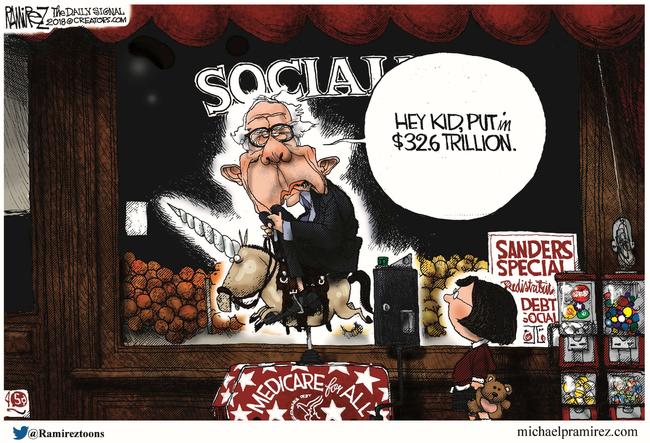 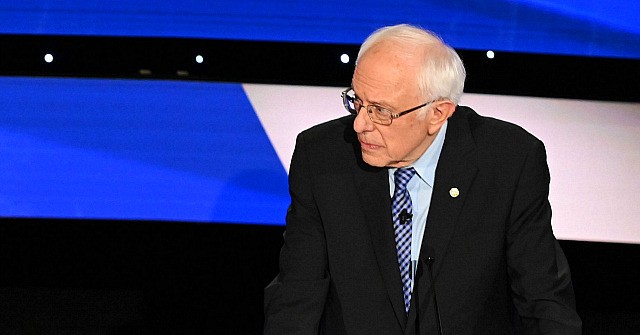 Sen. Bernie Sanders (I-VT) could not explain how he would avoid bankrupting the country with his costly proposals.

He figures they will secretly print all the money they need.

Why not just pay everyone’s bills of all kinds? We can all be entirely debt free and have unlimited spending. The dreams of teenage economists.

I got it; print more money. I already applied for a position greasing the printing presses.

I got it; print more money. I already applied for a position greasing the printing presses.

You will have to be replaced by a robot leaving you to be free to frolic and play and drive your Ferrari.

Entrepreneurs can start breeding Rats for food. Get in on the ground floor. 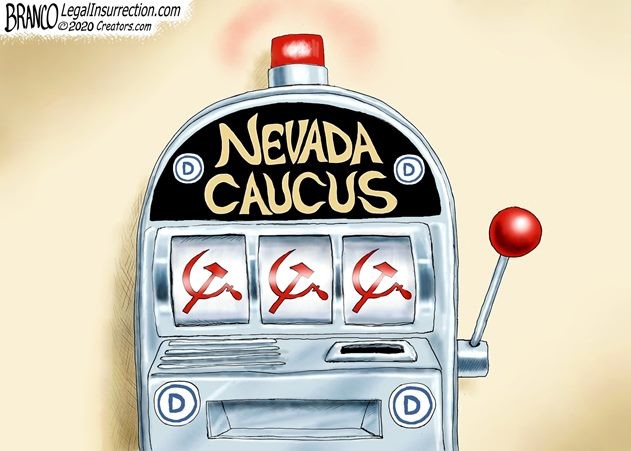 People were stupid enough to give Obama a democrat house and senate and we got the ACA and a host of otter ugly programs. Never say never.

However, I am hoping people learned the lesson. They got just exactly what they voted for … or got what they didn’t want because they didn’t vote.

Even if Bernie Sanders somehow managed to get elected none of that will ever happen. The Republicans will get on board with absolutely nothing and the majority of the Democrats can’t stand him anyway. It will be an entire waste of 4 years and he won’t leave office any younger and probably won’t leave office vertically.

What a great summary and spot on!

Maybe his book sales will help …. 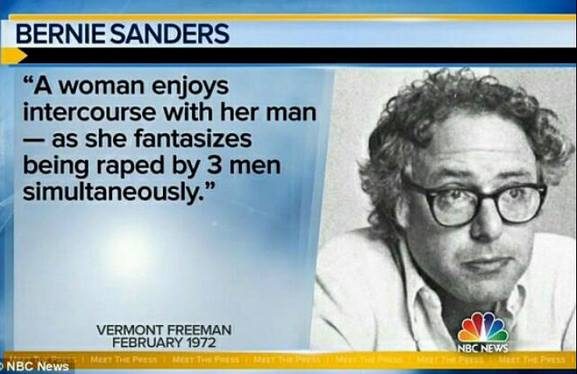 Bernie Sanders' presidential campaign tried to distance him from a 1972 essay in which he wrote that a woman "fantasizes being raped by three men simultaneously."

You assume the status quo in congress.

Obama was elected president followed by a democrat led House and Senate. It’s why we have the ACA today, people forget how single party rule can change our way of living forever.

p.s. The first 2 years of Obama the GOP opposed everything to no avail.

They certainly learned nothing in Colorado and are paying the price for giving all of government to the progressives.

Not a word from the media nor from the internet. 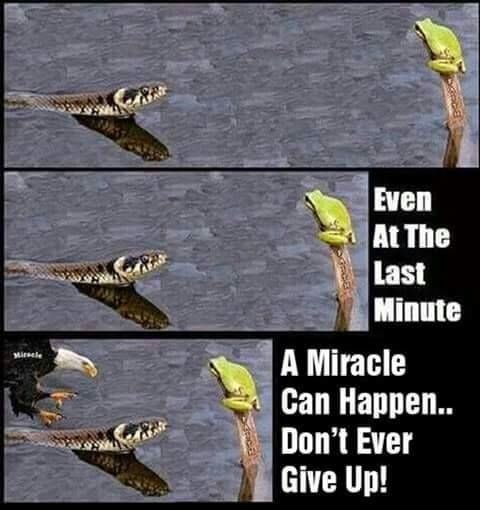