Hospitals will have to post prices online starting January 1

A new rule going into effect January 1, 2019, will require hospitals to post a list of their standard prices online and make electronic medical records more readily available to patients.

The new rule, called the Inpatient Prospective Payment System rule, is part of a Medicare program aimed at pricing transparency in the healthcare system.

In March, the head of the Centers for Medicare and Medicaid Services, Seema Verma said the new requirement for online prices reflects the Trump administration’s ongoing efforts to encourage patients to become better-educated decision makers in their own care.

“We are just beginning on price transparency,” said Verma. “We know that hospitals have this information and we’re asking them to post what they have online.”

Hospitals are already required to disclose prices publicly, but this change will put that information online in a machine-readable format that can be easily processed by computers.

It may still prove to be confusing to consumers since standard rates are like list prices and don’t reflect what insurers and government programs pay.

Patients concerned about their potential out-of-pocket costs from a hospitalization would still be advised to consult with their insurance company.

Most insurance plans have an annual limit on how much patients must pay in copays and deductibles, although traditional Medicare does not.

In the case of online records, many health care providers already make computerized records available to patients, but starting in 2021 Medicare would base part of a hospital’s payments on how good a job they do at this task.

A step in the right direction.

I can remember a few years back I called the hospital to find out how much a sleep study would cost. I was transferred around for hours and no one had a clue.

They don’t like you to know upfront. People can disagree with me all they want, but I’v seen it happen…the same procedure will cost different amount for different people even if they are exactly the same. I’m sure they have various reasoning for why they screw people over like that, but it’s wrong no matter how you slice it.

Good. This way people will know what they are getting themselves into, and can plan accordingly. I think the next issue should be setting a ceiling on how much big pharma can charge.

Anyone notice a cycle? (Maybe it’s just me or faulty logic on my part.) In that, people with medical or psychiatric problems go into research and get paid, and thus give back to big pharma which charges them outrageous prices for medication. As long as people keep feeding big pharma, then they are going to keep these prices. (they charge them to pay for their participation in the research, indirectly.)

I have to disagree with you on that FlameHeart.

It takes hundreds of millions to find even one viable drug to reach market. Many go through the initial testing phases which cost millions, only to bomb.

I think by the time the drug makes it to market they only have 7 years to recoup the money invested.

An alternate would be to extend the patent so prices could remain lower, just a longer ROI.

They probably look at your credit score.

The worse your credit the less they charge due to the I don’t give a crap how this affects my credit mentality.

You are correct though, the prices are all over the place depending on what hospital you go to, etc.

They should also have to put how much they charge you for a Tylenol wrapped in an individual little package, or a cotton swab, or any other typical household items that you can buy for under $10.

Unless you’re in for an emergency room visit, it would be pretty cool if you could bring your own supplies to the hospital and make them use them. That would probably save a fortune.

Except for the lawsuits. “I got infected, whaaa”. “Well, the bandages you brought in were used”. 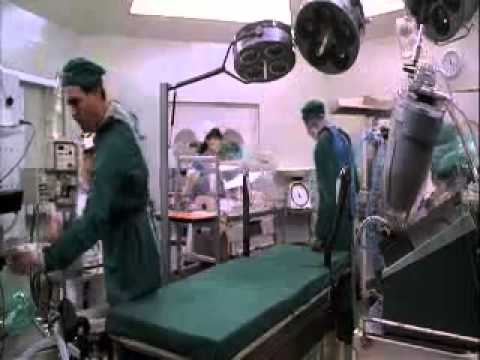 If you’re still having trouble sleeping, I suggest you read Why We Sleep by Matthew Walker, PhD. I haven’t finished it yet as I just received it as a Christmas gift.

The first night’s reading was effective…it put me to sleep!

Or just read in general, while avoiding blue lights from electronic screens.

The cost to bring a new drug to market is approximately 5 billion dollars.
A patent is issued for a new drug before testing starts and that patent is for 20 years.
The average amount of time from testing to approval is 13 years.

How many new drugs are actually approved?
The chance for a new drug to actually make it to market is only 1 in 5,000. Not very good odds
Only 5 in 5,000 drugs that enter preclinical testing progress to human testing. One of these 5 drugs that are tested in people is approved .

Maybe this will help people understand why drugs are so expensive.

Maybe this will help people understand why drugs are so expensive.

No new discovery ever come out of a church giving out new drugs for free.

We are paying for those who can’t or won’t pay . Medical costs specifically for uninsured individuals are estimated at $4.3 billion per year, according to the Center for Immigration Studies, primarily due to the use of emergency rooms and free clinics. This doesn’t include the billions of dollars more that are being adsorbed by hospitals for inpatient care. the Texas Health and Human Services Commission, in a 2010 report, showed an estimated $717 million in uncompensated medical care incurred by undocumented ILLEGALS immigrants in the state’s public hospital districts that included 99 facilities.
Forbes magazine’s Chris Conover recent ran the numbers and came up with at least $18.5 billon of our tax dollars wasted on health care for illegals.
https://amac.us/illegal-immigrants-cost-health-care-system/

No new discovery ever come out of a church giving out new drugs for free.

That is the bottom line.

Everyone wants cheaper drugs and expect new drugs to help with their poor life style choices.

I wouldn’t lump it all into poor lifestyle choices, LouMan.

There are diseases that strike down people who are healthy and make excellent lifestyle choices.

Yes they are however with a population that its over weight or obese, the bulk of hospitalizations are FAT related.

A 2016 study summarizing worldwide estimates of the fractions of different cancers attributable to overweight/obesity reported that, compared with other countries, the United States had the highest fractions attributable to overweight/obesity for colorectal cancer, pancreatic cancer, and postmenopausal breast cancer
Just a few of the common issues caused by poor life style choices. Why should the entire population pay for health insurance for this who chose not to take care of themselves???

Why should the entire population pay for health insurance for this who chose not to take care of themselves??

I used to be a runner, LouMan. Minimum 5 miles a day.

My knees are shot and have been for a long time. But, hey, my heart is in great condition.

Do you approve or disapprove of me needing knee surgery? Did I make a poor lifestyle choice?