Jane Fonda at the request of the president of Kent State is inviting Jane Fonda, also known by those who still hold her in contempt for her traitorous activities during the Vietnam war as “Hanoi Jane” to speak at Kent State for the 50th anniversary of the shooting of the 4 students that took place during protests in 1970. What is more, is that she is going to be paid $83K for her appearance and to give a speech. The reason this is upsetting to a lot of people, is because many vets who are now in their 60’s and 70’s that served in that theater are now having to deal with having salt being poured into wounds to which memories of coming home from that terrible conflict of being to which they were treated pretty horribly by our own people is memories being forced to relive again. The invitation of Jane Fonda as a paid speaker is an insult to honorable vets who in most cases were only doing what was required of them at the time of this war and served. They don’t deserve the spectacle of Jane Fonda again to remind them what a traitor she is and was. Some memories are best forgotten!

This has led Ohio Secretary of State Frank LaRosa to speak out in opposition of this announcement by the President of Kent State College:

Ohio Secretary of State Frank LaRose, a Republican and veteran, is not having it.

The 50th anniversary of one of Ohio’s darkest days has the potential to serve as a moment of unity, understanding & healing in a nation that is deeply divided," LaRose wrote in a Facebook post on Sunday. “However, Kent State’s decision to pay Jane Fonda $83,000 to speak at their commemoration event does the very opposite.”

LaRose, who served in the 101st Airborn Division and later as a Green Beret, earning a Bronze Star for his service in Iraq, observed that American service members returning from Vietnam “deserved a much better reception than the one they received. They weren’t the politicians who chose which battle to fight – they were the soldiers, sailors, airmen and marines sent into the battle. And we should say one thing to them: Welcome Home.”

But that wasn’t all. While LaRose says he understands that people can disagree on policy issues, especially matters of war, “What’s not ok is providing aid and comfort to the enemy and willfully serving as a propaganda tool for those engaged in hostilities against the United States.”

And Ms. Fonda did that – the very definition of treason," he added.

LaRose noted on Twitter that he supports free speech, but the university should not be paying her tens of thousands of dollars for the privilege.

Not for this solemn anniversary and not for $83k that could be better used," LaRose wrote in a Facebook comment. “She can come to any college voluntarily (as I do frequently) and speak to a class.”

Kent State spokesman Eric Mansfield defended the decision in a statement saying the commemoration advisory committee “developed three pillars that guided the planning: honoring and remembering those killed and wounded; educating about May 4, 1970, and the dangers of polarizing rhetoric and divisive discourse; and above all, inspiring current and future students to be leaders in peaceful conflict resolution and reconciliation.”

(That “polarizing rhetoric” bit is aimed at Trump supporters and homophobes, no doubt, not aging commies.)

For those who were strung-out on LSD (or not old enough to remember the '70s), Fonda came under fire for allowing herself to be used as a propaganda tool during a visit to North Vietnam in 1972, mugging for cameras on top of a Vietnamese anti-aircraft gun, a stunt that earned her the nickname “Hanoi Jane.” 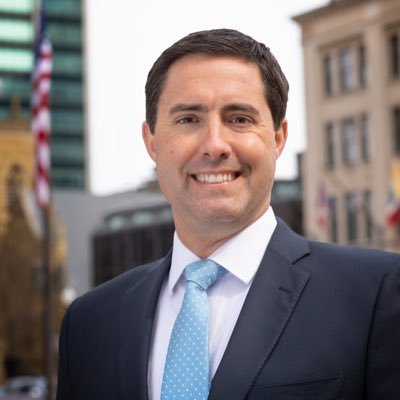 Of course I’m all for free speech. @Janefonda can come to campus and give a speech for free anytime — but we shouldn’t be paying her $83k to travel to Ohio and speak at such a solemn occasion as this. twitter.com/voxpopulx/stat…

Of all the wonderful people they could have chosen to speak to the youth of Ohio they choose this blithering idiot and pay her more for a few hours than what people in the area will make all year.

I have never believed that she was ‘traitorous’, I think she saw the writing on the wall, and wanted to save as many US soldiers’ lives as possible before her country capitulated, which is exactly what happened?

Of all the wonderful people they could have chosen to speak to the youth of Ohio they choose this blithering idiot and pay her more for a few hours than what people in the area will make all year.

It sure is ironic on one level, and the president of Kent University is being criticised for his motives as some are suggesting he is purposely doing this to piss off Trump due to his anti-China policies. I wonder how much money his University has taken from the CHICOMS?

She’s in her 80s. She didn’t have a full bag of marbles way back when; and she has less now. A mediocre actress who rode on the family name.

Jane Fonda, also known by those who still hold her in contempt for her traitorous activities during the Vietnam war as “Hanoi Jane”

I am one of ones who well remembers the ones that were beaten to death because of this bitch.

Yeah, so I seriously have to question the University President’s motive for this decision. To me this is direct slap in the face to vets such as yourself who have to relive this shit and for what? It’s not like she had any big accomplishments in life!

The only two movies I ever watched with her in it was “Electric Horsemen” with Robert Redford and “On Golden Pond”. Both shit movies!

Cat Ballou; but only because of Lee Marvin; who stole the show.

Oh I forgot “Barbarella” too!

Oh god no! Let’s not go there listing her movies! She is a communist POS, end of story! That is pretty much most of Hollywood today!

I was surprised Lee played in a movie with her. He was one of those group of actors that had seen combat in WWII – a time when most actors were real men and true patriots.

“The Big Red One”! Was one of my favourites!

I remember clearly the day that BBC overseas network reported the shootings at Kent State. I was at camp waiting for the weather to improve. After a few days, Kent State was the only issue being discussed. The camp was evenly divided; half supported the slaying of American students by American soldiers and the other half like me who felt it was excessive force.
The National Guard soldiers were indicted in Federal court for criminal behaviour. President Nixon resigned and President Ford´s Attorney General drop the ball, quietly dismissing the pending charges. There were many civil lawsuits which dragged on for years.
I will forgive Jane Fonda for her treason, when the ■■■■■■ Nation forgives Adolf Hitler!

I fancied her something rotten in Barbarella.

Out of curiosity, does anyone agree with my opinion in post #3?

It was and remains a complicated era. We are well past poking sticks at those who participated from all angles. Jane was simply a part of the fabric of the left, no more and no less.

Today she reminds me of those used up souls whose pictures we view at the turn of the twentieth century who were a part of the war between the States. Her patina long past its prime and inundated with mold.

One question for you Cerberus.

Considering that Vietnam under the Communists remains one of the poorest countries on earth would a US victory in the early 70’s, leading to a South Vietnam that resembles todays South Korean economy and much higher standard of living, been a good or bad thing?

I await your considered remarks on the subject. 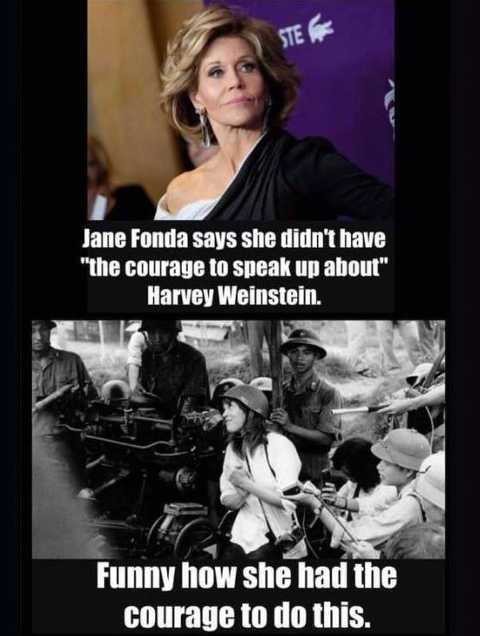 I have zero knowledge and even less interest in the economics of Vietnam before or after the war. So your post is a non-sequitur. I hope you haven’t been holding your breath waiting for my considered remarks on the subject?