The workers must not have been in a gun free zone.

Even Chicago city employees on the job aren’t safe from crime in the city.

Five employees with the Chicago Department of Transportation were robbed at gunpoint Wednesday morning while they were setting up a construction zone in the Austin neighborhood on the city’s West Side, the Chicago Sun-Times reported.

Two gunmen approached the workers in an alley about 8:15 a.m. and demanded their personal property, police said. After grabbing property from each of the workers, the gunmen fled on foot, police said. No one was injured.

Five employees with the Chicago Department of Transportation were robbed at gunpoint Wednesday morning while they were setting up a construction zone in the Austin neighborhood on the city’s West Side, the Chicago Sun-Times reported.

Why is it that they never provide a description of the attackers? I think we all can accurately guess what they look like though.

What’s your point BC. Would you like a gun confiscation in Chicago?

Why is it that they never provide a description of the attackers? I think we all can accurately guess what they look like though.

What relevance is it. Most mass shootings are committed by white trash pieces of shit. Does that ever receive your scorn.

Guns are already illegal in Chicago. This shouldn’t have happened because lawmakers passed laws.

Wrong. That’s a diversity problem too. 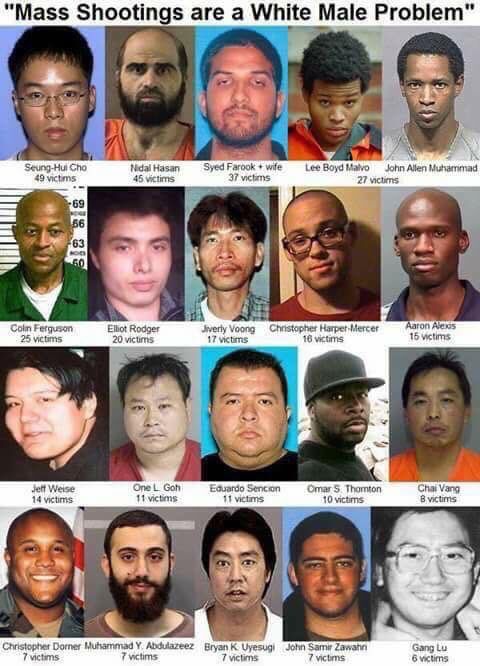 Also - the vast majority of shootings in this country, that are not self-inflicted, are done by blacks and browns with handguns in states and cities with highly restrictive gun laws.

I didn’t say anything about that…

No you just went full racist against whites.

Do you have your alerts set to inform you when there’s a racist thread at BP for you to jump in to?

At what point did facts become racist? Was it when when they were used to completely blow holes in whatever weak and completely fabricated points that you were trying to make?

I pointed out the obvious that mass murder by whites are ignored by the racist residents of BP.

They aren’t ignored. They are just exceptionally rare. Black on white and brown on white crime is extremely prevalent and common. I remember a really long thread over at freebird after the Vegas shooting.

The same dozen or so members of this forum can be counted on to start a thread on crime by any person of color while ignoring the larger number of crimes committed by white people. Proving it’s not crime that troubles these guys but people of color.

Not mass shootings which is what I originally mentioned.

Again, you seem troubled by facts. People post the news they find interesting or what pops up in their news feed. If you have such an issue with it then you should go and get all the blacks and browns to stop stealing, raping, and killing.

You can also start posting all of the white on black/brown crime that you say is happening. It shouldn’t be too hard for you to find if it is as prevalent as you claim. From where I sit anytime a black person or brown person gets slightly offended by a white person CNN and MSNBC run 24/7 coverage and do all sorts of specials on the need to “have a conversation” about all things evil whitey.

So go ahead and back up what you are saying.

You can also start posting all of the white on black/brown crime that you say is happening.

Stop lying, I never said that.

You are sitting there bellyaching about people posting actual news stories and commenting about it.

If you don’t like the news then go change the world.

That has got to be the weakest deflection you have ever posted. If you can back that claim up then you should do it.

Back what up? That you’re a racist, or that the majority of mass shooting is committed by white people?