GOP senators prepared to acknowledge quid pro quo, plan to argue it was 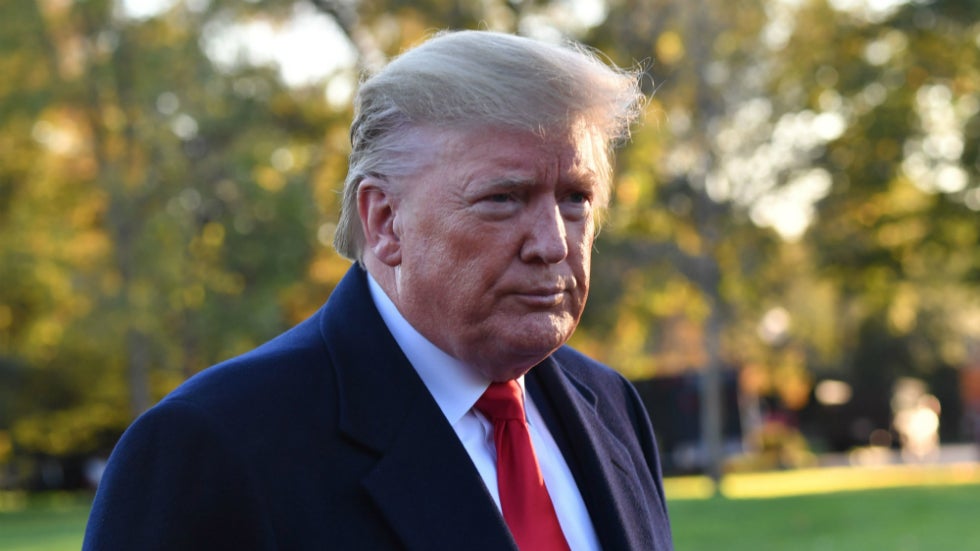 GOP senators prepared to acknowledge quid pro quo, plan to argue it was...

An increasing number of GOP senators are preparing to acknowledge that there was a quid pro quo in President Trump’s leveraging of military aid with Ukraine as a means to urge the country to investigate former Vice President Joe Biden,

It’s hard to tell what’s true and what’s not and we don’t have any context to understand much of this but it appears like this quid pro quo allegation might be true. This really pisses me off because Trump had absolutely nothing to gain from this. What did he expect Ukraine to prosecute Joe Biden? It just doesn’t make much sense. It would truly be tragic if Trump were actually this stupid to ruin his terrific presidency over something so silly like this. He of all people should know that these Democrats are itching to destroy him and will use anything to take him down. A smarter person wouldn’t allow himself to get caught up in something like this.

We’ve already had a couple threads on QPQ. I think the only Senators willing to acknowledge this crap, without any proof, are the ones who have been Never Trump from the break. Mitt Romney is a good example.

It doesn’t sound like he did anything inappropriate to me. I’m aware what the media is saying but all they pedal is lies so I don’t really care about that. What do you think is the problem here? Because the only person guilty in this whole thing is Joe Biden.

Trump had absolutely nothing to gain from this. What did he expect Ukraine to prosecute Joe Biden? It just doesn’t make much sense.

Sit tight, you’re going to get to hear public witness testimony that will explain what Trump had to gain asking Ukraine to investigate the front runner in a campaign to challenge his seat. No prosecution was/is necessary.

It doesn’t sound like he did anything inappropriate to me.

You probably like him, and don’t care, much like Clinton supporters couldn’t understand what republicans were twisted about when they sought to impeach him…

I would agree, had the Republicans been solely focused on trying to oust Clinton from the day he was elected, and if he was ‘outed’ by a partisan hack in the WH. Lewinsky confided in Linda Tripp, who found herself compelled to report it (though I don’t know why- it was a BJ and some cigar related amusement).

I suspect that the end result will be similar - impeachment trial, no guilty verdict, and this time a GOP sweep. I don’t say that to antagonize, but public opinion is not merciful to the errant.

Seriously the whole damned filthy swamp of DC is nothing but quid pro quo, from whipping up votes in Congress, to lobbyists and campaign contributions but what the Dems are trying to do with the “for the whole world” to read Ukraine phone call transcript as a reason to impeach is just absurd and insane as there was no quid and no pro at all!

The TDS sickness has eaten away what little brain matter Dems ever had between their ears.

Yeah! I was thinking the same thing. When evaluating this issue on the most basic level in regards to the legalities, Trump violated no laws and as commander in Chief is in his right to ask a foreign country to investigate a matter if it pertains to National security! The Democrats had already planned an impeachment strategy the minute Trump became president, and are using this weak premise to justify their actions! This is going to backfire tremendously for a lot of people when the declass starts happening. The little minions here are naive to think that the Trump admin doesn’t have a counter move to all of this! This is basically the deep state trying desperately to continue their coup!

Seriously the whole damned filthy swamp of DC is nothing but quid pro quo,

So Trump was suppose to rise above, drain it, not join it…

We heard the same claims of doom for Trump from the Mueller witchhunt. This illegitimate impeachment inquiry will be no different. It’s already failed to convince a single Congressional Republican and couldn’t even get all Democrats to vote to authorize it.

They all are people working for the Trump administration. In the case of William Taylor, he was contacted by the Trump administration and asked to come out of retirement because of his stellar resume, experience in foreign service and expertise which equipped him to handle the intricacies of Ukrainian difficulties. But his oath and loyalties are to America and not Trump, and that has the red hatters butt hurt.

Yep, the bipartisan support was all for defeating the resolution. What a victory for the rule of law when the opposition party can nullify an election with a partisan lynch mob conducting secret hearings followed by a party line vote approval of a blatantly one sided process for the hearings to come out of the basement.

It’s a constitutionally sanctioned and legal process. It doesn’t matter what you think, and how you spin it up…

Once again you focus on who is saying something instead of what is being said. Thanks to the Democrat lynch mob Taylor’s testimony is unknown to the public. Thanks to Chairman Schiff only witnesses sympathetic to the impeachment obsession are summoned.

It’s incredible how Democrats project their party absolutism on to Republican appointees. They must have been party loyalists to get their appointment but now they are overcome with “conscience” to turn on their benefactor so they can sign a big money book deal.

Thanks to the Democrat lynch mob Taylor’s testimony is unknown to the public.

You may invoke racially charged language for effect all you’d like, but it’s wholly irrelevant to a matter that is constitutional.

And sit tight, as this will be going public…

It’s incredible how Democrats project their party absolutism on to Republican appointees.

There it is, the old standby, the race card. Can’t discuss the issue cry race.

But here, since you want to claim racially charged language is being used. Democrats, the party of slavery, segregation and the KKK, are reprising their same tactics as they used against blacks only this time the “other” is the POTUS.

What Democrats did to blacks in history was legal and Constitutional but of course you refuse to recognize the obvious parallel to their treatment of Trump.

One aspect that the numbnut, dimwit Democrat Party appears to ignore in this corruption saga is that President Trump is obligated to uncover corruption and promote prosecution of same, especially if it involves a government official…such as a VICE PRESIDENT OF THE UNITED STATES.

Joe Biden’s use of his position (as VP in the Obama administration) to install his inept son in high paying situations beyond his worthiness is corruption.

The fact that Joe Biden is now a political rival seeking the position of PRESIDENT OF THE UNITED STATES is coincidental and is not the reason for Trump’s call for investigation of the Bidens. I think he would have called for it even if Biden had not declared as a contender.

The American voters should be made aware of known corruption by political candidates for ANY office, but most certainly for the office of POTUS. If they still vote for the corrupt candidate (as many millions did for Hillary Rotten Clinton) then they get what they deserve.

Joe Biden is a corrupt person. He has obviously enriched his family by use of his clout as VP under Obama. He has been coin operated ever since he entered the political circus. The American public has a right to know this…by way of legitimate investigation.

There it is, the old standby, the race card. Can’t discuss the issue cry race.