Go Fund Me For Border Wall

Is an actual 2,000 mile long physical wall across that varied topography feasible/practical? 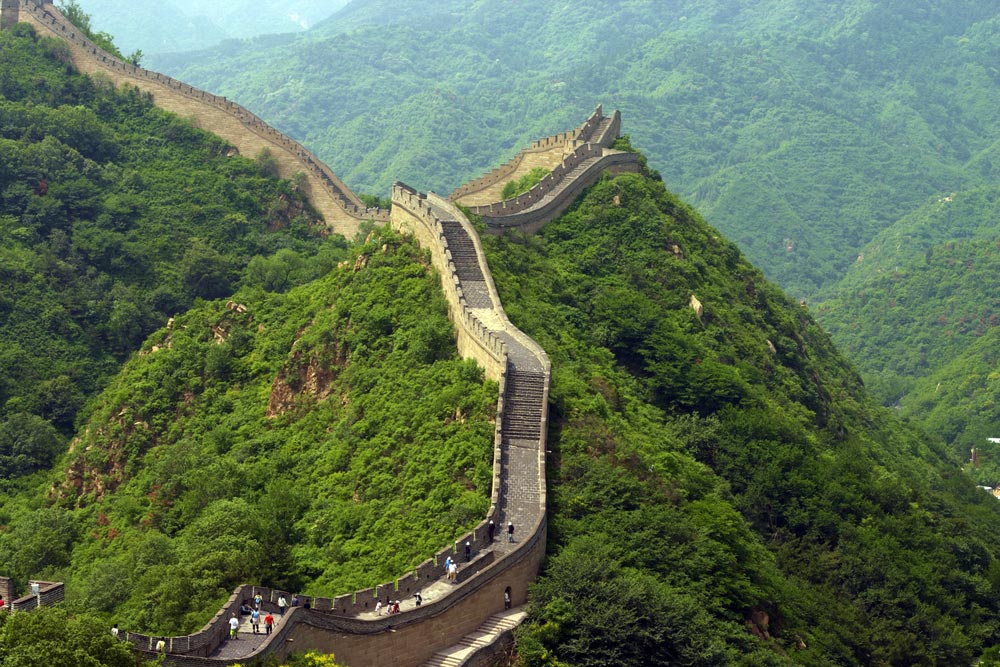 We aren’t even getting a wall. It’s a fence and the new term is “steel slats” which is utterly ridiculous. All they had to do was order concrete, cinderblocks, and start pouring.

We plan on employing the same time frame and slave labor it took to construct that one?

How much concrete and steel will be needed? How much manpower? What are the logistics of transporting/sustaining work crews in what will often be remote areas?

Now we’re getting somewhere. How much concrete would be needed for, say, a 20 foot wall? How much steel for the rebar?

Trump has actually stated his desire for 25 billion… the 5 billion is a budget placeholder. I suspect that he will only be able to reinforce critical flow areas but that is ok… if the major routes are protected up front, that releases more border agents to other areas… Some sections would likely be better suited to electronic which are easier to set up. This GoFundMe desires to gather the entire 5billion but GoFundMe itself cannot show an amount above 1billion… supposedly they are working on that…

We could pull most of that out of recycled world trade center debris but for the fact that it was buried in a very clandestine way… besides we need to put our steel workers back to work and what a fine thing they could do.

Use all foreign aid for mexico/central America for the wall until it’s paid for. Another idea.

Why would you care???

It would be built by US contractors paying wages to workers. Look at it as an infrastructure project that will actually have a purpose vs. some of the laughable stimulus money wasted.

People think the wall is ridiculous? It will have a function unlike:

![ The U.S. Forest Service Replaces The Windows in a Visitor Center That Was Closed in 2007 (Amboy, WA) for $554,763]
Despite having no plans to reopen a shuttered visitor center at Mount St. Helens in Washington state, the U.S. Forest Service is spending more than $554,000 to replace its windows.

The University of North Carolina (Charlotte, NC) Developed An Interactive Dance Software for $762,372

The University of North Carolina at Charlotte received more than $750,000 in stimulus funds to help develop a computerized choreography program that its creators believe could lead to a YouTube-like 'Dance Tube" online application.

A rail extension is to be built to get to professional sports stadiums and a casino (Pittsburgh, PA) for $62 million

An analysis of exotic ants is to cost $1.9 million (San Francisco, CA)

I care because if it’s an actual goal than the materials and logistics of building a near 2,000 (or 1,000 - Trump tends to shift about with the numbers) physical wall is of primary concern.

If, of course, it was merely a “campaign device” as Gingrich suggested then nevermind, carry on.

I suspect your care is because it gives you something to bitch about.

Did you care about all the wasted billions in the stimulus package with nothing to show for it?

Building a wall is the only way to slow the illegal migration from the south. What we have today is a total farce and internal deportations a joke as thy leave and turn around and walk into the US again and again.

You’re free to suspect whatever you like. Just as I’m free to suspect that Donald will screw the American taxpayer for this boondoggle and produce little but a lovely sideline stream of revenue for himself and his lackeys. His history of graft is well documented, after all.

None of this, by the way, addressed the original question regarding the logistical considerations of building a 2,000 mile wall (or artisitic steel slats) along the border.

If you aren’t a licensed professional engineer what good is this information to you anyway, other than to criticize the construction of the “steel slat” wall without any qualifications whatsoever.

The president has repeatedly said he is going to use the military to build the wall. He has an entire section of the Army to do just that - the Army Corps of Engineers.

what good is this information to you anyway,

What good it is to me, is it helps even a lowly layman understand the scope of the project and its feasibility.

Namely, whether it’s a legitimate reality or a “campaign device” to keep the rubes in line.

And that does not fund a wall.

As for logistics? When sent half a million men and women with tens of thousands of armored vehicles, planes, ammo to SA back in 1990 within 6 months…and all the infrastructure to sustain them. The wall is piece of cake.

We’re supposed to be different from libs, not using them to excuse our own behavior.

Number one priority for national goverment is to protect the states is it not?

There was never going to be a wall from border to border. It would be logistically unfeasible and both tactically and strategically foolish.

Nature has created many barriers, we just need a good fence in between.

Neither feasible nor necessary.

Let the engineers and architects worry about the materials. Thee labor will be supplied by the contractors.

Construction tech and equipment has come along way since the Great Wall of China was built, so too has transportation.