Given that the Dems are already embracing ‘theftarations’, and alternating between socialism and denying they’re socialists, what more asinine, er, bold idea could they put forth?
The Dems are using the Trump playbook, utterly clueless as to why Trump won. No one but sallow millennials and pink haired middle aged divorced fatties wants to turn the US into Venezuela.
Trump won because he represented pulling back from all the SJW nonsense.

The bolder and more radical the proposals of the Democrat/Socialist Party candidates, the more likely they are to attract the votes of useful idiots that are stupid enough to think they can be delivered and that all people will live happily ever after.

Trump went “bold” on the langues and hyperbolic gestures, but his polices are grounded. Cant say the same for these democrats.

It’s amusing to watch the talking heads from the right tell those of us on the left what kind of candidate we should elect if we hope to win. It has to be a Bloomberg or Klobuchar they say. What’s not amusing is watching the reporters who cover DC chime in agreeing. They literally have no clue. They are all so beholden to the neoliberal ideas that they can see nothing else. If those of us on the left ACTUALLY want to lose in 2020…we should keep taking the advice of people who would love for us to lose. We didn’t speak loud enough to the issues that mattered in 2016…so lets just tone it down in 2020…that’s a loser. I say, vote for the bold ideas that you want to see happen. The “electability trap” is another loser. I don’t recall a President Kerry getting elected.

There is a problem, though, with denouncing anybody who does not endorse pie-in-the-sky fantasy as ‘neoliberal’, both because that’s not what ‘neoliberal’ means and because there are a lot of voters, Democrat and Independent, who are not attracted to fantasy.

I’m not going to reject, for example, Elizabeth Warren’s daycare proposal, or denounce it as “neoliberal”, merely because some conservatives have described it as a realistic approach toward creating and funding a new government program.

Being “electable” is more about being good at politics than where you are on the center-to-left spectrum.

We do need a nominee who is good at politics. Let’s watch the primary unfold, and judge accordingly.

There is a problem, though, with denouncing anybody who does not endorse pie-in-the-sky fantasy as ‘neoliberal’, both because that’s not what ‘neoliberal’ means

Neoliberals say grow the pie and eventually the lower classes will get some (rising tide).

Saying you think the pie should be divided differently is what most democrats would favor.

I don’t think this election will be as clearly defined by liberal vs conservative. Many of the policies democrats are proposing are very popular with most people, and they (most people) could really care less about pay fors. Its only when neoliberal democrats (Bloomberg is a good example) tell people its not possible or crazy that turns people off.

I want to both grow the pie AND give people who need it a bigger slice. That’s different from trickle down. But I do want to keep in mind that we need to maximize (sustainable) economic growth, both to keep the electorate happy and so we can do more of what we want.

To me, that’s just common sense. We always have to use and prioritize that.

Neoliberals say grow the pie and eventually the lower classes will get some (rising tide).

That’s perhaps the fortune cookie definition, but such a definition is obviously susceptible to be applied to a broad range of programs and ideas that are not, in fact, neoliberal.

Saying you think the pie should be divided differently is what most democrats would favor.

That’s actually not inconsistent with neoliberalism, even if you believe that the neoliberal approach is less likely or unlikely (or won’t) work.

For example, when the G.W. Bush Administration imposed its economic program on “liberated” Iraq, the idea was that market capitalism and low corporate taxes would quickly result in a booming economy that would benefit most Iraqis and serve as an enviable example for the region. But the program and time table were unrealistic, and the execution was incompetent.

Many of the policies democrats are proposing are very popular with most people, and they (most people) could really care less about pay fors.

As surveys indicate, many people don’t care about “Who pays for” something until they are told, “You do,” and then they start caring. For example, support for “free college” drops by very significant numbers when people are asked if they are willing to pay higher taxes to fund it.

So sure, you excite some people with absurd promises that everything will be free, but your opponent can easily pop that balloon simply by pointing out that there will be a bill.

Its only when neoliberal democrats (Bloomberg is a good example)

What neoliberal programs has Bloomberg endorsed?

tell people its not possible or crazy that turns people off.

If it is only when neoliberals tell people that they’re not going to get everything in life for free, that people get turned off, then it’s a good thing that we have a lot of Democrats who aren’t neoliberal in the race to offer reality checks.

If you mean that people will get angry and disappointed every time anybody tells them that they can’t have everything in life for free, well, the good news is that most people are actually smarter than that. The bad news is, even if you dupe them through an initial election, you’ll lose them when you can’t deliver.

Welcome back @CriticalThinker and @FiredUpDem while I completely disagree with the both of you on just about everything - I did miss your posts (for the most part).

I think what the Dems are going to struggle with in 2020 is the lack of candidates who can defeat President Trump’s personality. He isn’t a politician. All you guys have running are career politicians. It’s going to be a massacre.

I think its you that is missing the point! List the actual issues that your candidate will offer and then we can discuss them. No one from the right is telling you what candidate to choose, except the ideas in which certain candidates represent are so absurd that it virtually will assure Trump will win in 2020. Its proof positive that most running in the 2020 elections as Democrats are fresh out of ideas when they have to push hard left for socialism or initiatives like the “Green Deal” without an ounce of substance to explain how its going to be paid for, (which BTW is impossible, but don’t tell BS and AOC that) which is to be a sure loser. So go ahead! Convince me that you have the answers, I am willing to listen to your nonsensical diatribe!

Politcally, I think mimicking Trump is a big mistake. Trump is Trump.

Right now there are many candidates competing and we as Democrats haven’t decided who will represent the party. The issues are being polled and in some cases being tested in the states - the recent passage of a landmark women’s health initiative in NY is a good example for what might work across much of the country. What’s great is conservatives just can’t stop criticizing our candidates without offering any solutions of their own.

What’s great is conservatives just can’t stop criticizing our candidates without offering any solutions of their own.

Typical liberal bullshit! Accuse the other side of what you are doing. Libs are too preoccupied with hating President Trump and his supporters to offer sensible solutions to problems.

What do you mean? Your guy can’t even deliver on his most fundamental campaign promise.

He has accomplished more good things in 2 years than that goddamned bimbo Obama did in 8.

President Donald J. Trump’s accomplishments his first 500 days in Office are arguably the best first 500 days of any President in US history since Washington.  In spite of massive headwinds from the actions of the corrupt and criminal prior...

Obama’s goal was (and still is) to ruin the country. Trump’s goal is to improve it.

To me, that’s just common sense. We always have to use and prioritize that.

How come that list of accomplishments didn’t have all of the mini-vacations, er…uh…meetings at Mar-A-Lago? Why didn’t it list all of the golf outings? Essentially it reads like a list of someone who showed up for work and did what was expected of them. That’s not how you identify a top performer. Trump has consistently over-promised and under-delivered.

What’s also missing from the list is the wall. Where is it?

Why is Hillary Clinton not locked up?

Why do we still have birthright citizenship?

After the biggest and most tremendous (believe me) tax breaks in the history of mankind…why are returns lower?

You may not have liked President Barack Obama, but he accomplished the majority of the things that he set out to do when taking office. He was also scandal free. Was he perfect? Nope. At least he wasn’t controlled by Russia and/or Israel. 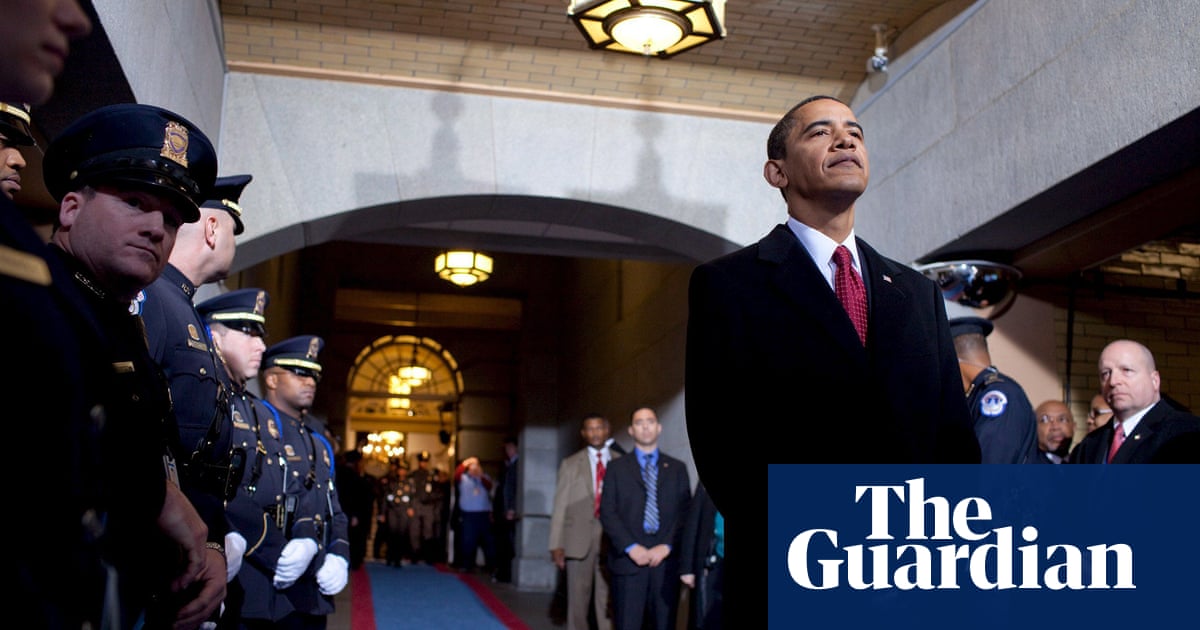 The Obama years: timeline of a presidency

You may not have liked President Barack Obama, but he accomplished the majority of the things that he set out to do when taking office.

And for his “accomplishments” you can thank him for paving the way for Donald Trump.

America rejected the direction Obama was taking the country, just like they have the abomination “landmark women’s health initiative”. You guys are so intent on fundamentally changing America you can’t see how repulsive your party has become to mainstream Americans; democrat or republican.