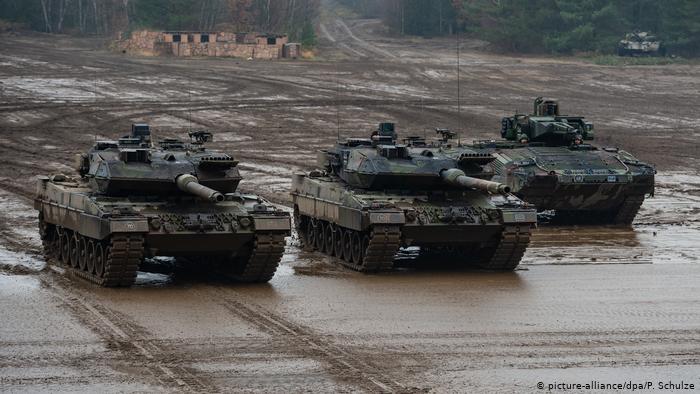 More and more money is going toward the world’s militaries, with the US and China leading the way. But no other top-spending country has increased its military expenditure year-over-year as much as Germany.

Global military expenditure reached $1.9 trillion (€1.7 trillion) in 2019, the highest annual sum in real terms since 1988. That sum marked an increase of 3.6% over 2018, the largest annual increase since 2010, according to the latest figures from the Stockholm International Peace Research Institute (SIPRI).

In Germany, spending rose by 10% to $49.3 billion — the largest defense budget increase among the world’s top 15 states when it comes to military expenditures.

“There’s been pressure on Germany to increase its military expenditure since before the Trump administration,” said Max Mutschler from the Bonn International Center for Conversion (BICC), a peace and conflict research institute. “The impact of this pressure is now becoming clear. However, one has to say that expenditure is still well below the 2% mark.”

At a NATO summit in Wales in 2014, members agreed to meet a goal of spending at least 2% of their GDP on defense within the next decade. Last year, Germany’s military expenditure amounted to 1.38% of its GDP.

Russia seen as a growing threat

NATO commitments aside, SIPRI researcher Diego Lopes da Silva also attributed the increase in Germany’s defense budget to the geopolitical situation in Europe and the fact that, “Russia is once again being considered as more of a threat.” In 2019, almost 4% of Russia’s GDP went to military spending, amounting to $65.1 billion.

Da Silva pointed out that Germany is not alone, and that many other NATO states are monitoring developments in Russia with a watchful eye.

Of the 15 countries in the world with the highest defense budgets, six are NATO members: Canada, France, Germany, Italy, the United Kingdom and the United States. Their combined military expenditure makes up for almost half of the world’s total figure. In 2019, the total military expenditure of NATO’s 29 member states was some $1.04 trillion, a figure that didn’t surprise Mutschler.

“Military expenditure is based on worst-case scenarios,” he told DW, explaining that while the public often perceives economic conflict between states to be in the foreground, the threat of military conflict remains very present in the background.

“With regard to the tension between the US and China, we do not know if there will be an armed conflict or not. So the militaries in both countries are preparing for this eventuality, and they’re very good when it comes to lobbying for more funds,” he said.

US still well ahead of China

According to the SIPRI report, in 2019 the US was responsible for 38% of global military expenditure, totaling $732 billion. The increase over its 2018 budget alone amounted to the equivalent of Germany’s total expenditure in 2019.

Those funds went to cover some 16,000 extra military personnel, along with the modernization of its conventional weaponry and nuclear arsenal. But experts also see the increase as a response to China, which ranks in second place after the US when it comes to military spending. Beijing’s budget contributed 14% of global military expenditure in 2019 and rose by more than 5% to $261 billion.

China has been increasing its military expenditure steadily since 1994, but its budget has jumped by 85% since 2010. However, in terms of percentage of GDP, this has not changed considerably and almost always lies at 1.9%.

On the Asian continent, the military expenditure of China’s rival, nuclear power India, is also considerable, rising last year by almost 7% to $71.1 billion.

“The tension with neighboring countries Pakistan and China are the main reasons that the Indian government has increased its expenditure so dramatically,” said Siemon Wezeman, a senior researcher with SIPRI.

For its part, Saudi Arabia lies well ahead of other Middle Eastern countries, spending $61.9 billion in 2019 — though this was actually a 16% decrease in comparison with the previous year. The figure was a surprising development, according to the SIPRI report, considering the Saudi kingdom’s ongoing military operations in Yemen and increasing tensions with Iran.

Military expenditure in other countries pales by comparison to the global top spenders. South American states spent “only” $53 billion in 2019, and Brazil alone was responsible for half of that.

Southeast Asian countries totaled around $41 billion, and the entire continent of Africa spent some $42 billion, though there were considerable fluctuations depending on the states. Uganda, for example, increased its budget by 52%, while Burkina Faso decreased its expenditure by 22%.

The authors of the SIPRI report attributed the differences in expenditure to the current geopolitical situation in sub-Saharan Africa, and whether or not states are directly involved in a military conflict. 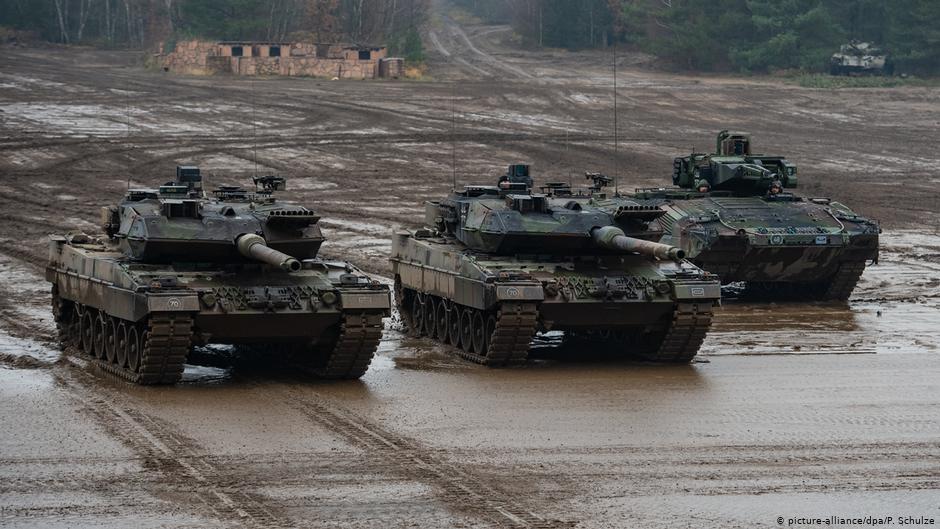 More and more money is going toward the world's militaries, with the US and China leading the way. But no other top-spending country has increased its military expenditure year-over-year as much as Germany.

Every single country in Europe needs to start increasing their military spending. I’ve had enough of paying to protect their entitled snooty asses when all they do is flip off America and look down on us. Let them fend for themselves. They do nothing for us.

Probably explains why they were delinquent in their payments to NATO and could never meet their quota requirements. Their money was secretly diverted and going towards military R&D.

I think Germany paying more money for their own defense isn’t necessarily a bad thing; however, we must also take care when getting into these types of negotiations with our allies. For a great many years Germany did not invest a lot of its money into defense because of the large amount of US military personnel, equipment, and installations on German soil. I understand why our troops are there so there’s no need to debate that point. The Germans also understand why our troops are there. But it’s important to note that Germany was not prepared to contribute more than they had historically been contributing to their own defense and to NATO because of this long-standing cooperative defense arrangement.

Its about time they increase defense spending .I hope the Bundeswehr returns to pre WW2 troop level.Being close to Russia, they need a strong military in case Russia tries to " annex" Eastern Europe.

Germany Takes Back its Sovereignty from the European Union

The seemingly obscure ruling… has called into question the legitimacy of the EU’s supranational legal and political order… The German court’s ruling marks a new phase in the debate over the balance between national and supranational sovereignty.

The European Union is now engaged in a power struggle with its largest member state, Germany. The legal feud threatens to unravel not only Europe’s single currency, the euro, but the EU itself.

“What amazes me is the one-sidedness and the zealous tone that is struck by some here. It is clear that the European Court of Justice has been claiming an unlimited precedence for European law for 50 years, but almost all national constitutional and supreme courts have objected to this for just as long. As long as we don’t live in a European superstate, a country’s membership is governed by its constitutional law.” — Judge Peter Michael Huber, a member of the German Constitutional Court who helped write the ruling.

“One thing should never be forgotten: Europe is not a federal state, but a legal community developed from the founding core of an economic community in clearly limited areas of national sovereignty. Any sovereignty of the European Union is only derived from the sovereignty of the constituent member states.” — Klaus-Peter Willsch, a member of the German parliament.

There’s too much weird stuff going on for my liking.

I wish Russia would annex Western Europe too - it’s the only sane country on the fucking planet.

That would be good for you having them across the channel for you to visit on vacation. They could annex the UK next.

So who would you rather have as prime minister, Johnson or Putin?

I thought you say that! I mean look at the difference between them though - Putin a statesman, and Johnson . . . well, take a look at this and draw your own conclusion . . . 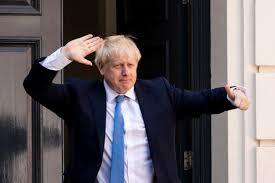 It’s supposed to be a military salute?

It’s about time. They are only about 40 years behind on meeting their NATO commitments.

The next world war is in the organizational phase.

I don’t get it.
NATO is for money, which goes mostly to the military industrial complex in America.

All NATO members are required to spend a certain percent of GDP on defense. Germany is finally starting to pull their own weight for their own defense.

This has nothing to do with your idiotic ■■■■■■ Conspiracy BS.

The next world war is in the organizational phase.

If it were a real fisticuffs war the BBC, with its demoralizing exaggerated casualty figures day after day after fucking day, would be Britain’s very own stay-at-home Lord Haw-haw.

Oh yeah?
Who warned about the military industrial complex?
(Don’t forget the banksters behind this complex.)

This would be comical due to just how far up your own ass your head is if it weren’t so sad. 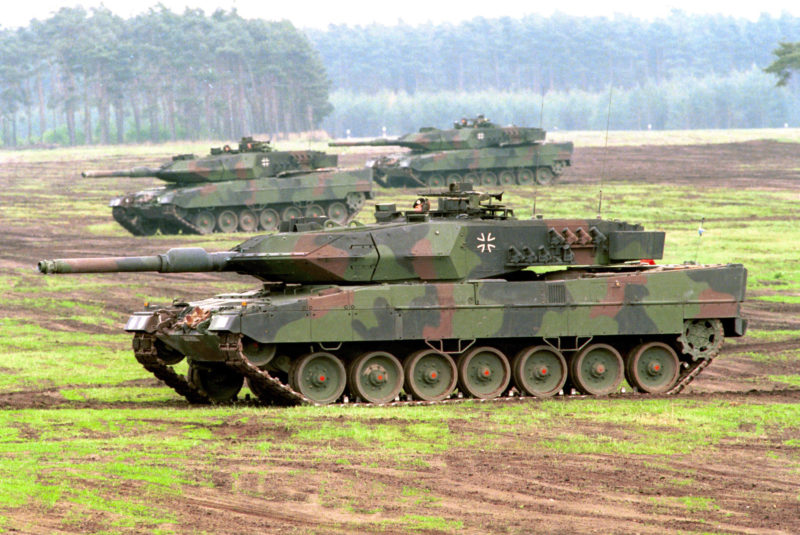 The state of Germany’s military readiness per report | GRI

The German military is dramatically under equipped to meet pressing international security challenges per a recent watchdog report.

After decades of neglect and not carrying their weight in NATO their readiness levels had fallen through the bottom of a bottomless pit and finally they are starting to make up for those decades of not footing their own bills.

Pull your head out of your ass for a change and learn something.

Germany has been bombing Afghanistan.
You think they made the decision themselves?

How is Afghanistan a threat to Germany?
(Do you know where Afghanistan is, by the way? LOL)

By the way, Germany’s potential enemy is Russia.
Why?
Because Russia has gotten rid of Rothschild banking.
Use your head.