From A Nurse In Germany

TO ALL & SUNDRY, MIGRANT REFUGEE PROGRAMME

NURSE IN GERMANY SENDS A MESSAGE TO THE WORLD

Just in case you don’t think President Trump is doing the right thing! Read this!

"Yesterday, at the hospital, we had a meeting about how the situation here and at the other Munich hospitals are unsustainable. Clinics cannot handle the number of migrant medical emergencies, so they are starting to send everything to the main hospitals.

Many Muslims are refusing treatment by female staff, and we women are now refusing to go among those migrants!

Relations between the staff and migrants are going from bad to worse. Since last weekend, migrants going to the hospitals must be accompanied by police with K-9 units.

Many migrants have AIDS, syphilis, open TB and many exotic diseases that we in Europe do not know how to treat.

If they receive a prescription to the pharmacy, they suddenly learn they have to pay cash. This leads to unbelievable outbursts, especially when it is about drugs for the children. They abandon the children with pharmacy staff with the words: So, cure them here yourselves!

So the police are not just guarding the clinics and hospitals, but
also the large pharmacies.

We ask openly where are all those who welcomed the migrants in front of TV cameras with signs at train stations? Yes, for now, the border has been closed, but a million of them are already here and we will definitely not be able to get rid of them.

Until now, the number of unemployed in Germany was 2.2 million. Now it will be at least 3.5 million. Most of these people are completely unemployable. Only a small minimum of them have any education. What is more, their women usually do not work at all. I estimate that one in ten is pregnant. Hundreds of thousands of them have brought along infants and little kids under six, many emaciated and very needy. If this continues and Germany re-opens its borders, I am going home to the Czech Republic. Nobody can keep me here in this situation, not even for double the salary back home. I came to Germany to work, not to Africa or the Middle East!

Even the professor who heads our department told us how sad it makes him to see the cleaning woman, who has cleaned every day for years for 800 euros and then meets crowds of young men in the hallways who just wait with their hands outstretched, wanting everything for free, and when they don’t get it they throw a fit.

I really don’t need this! But I am afraid that if I return home, at
some point it will be the same in the Czech Republic. If the Germans, with their systems, cannot handle this, then, guaranteed, back home will be total chaos…

You - who have not come in contact with these people have absolutely no idea what kind of badly behaved desperados these people are, and how Muslims act superior to our staff, regarding their religious accommodation.

For now, the local hospital staff have not come down with the diseases these people brought here, but with so many hundreds of patients every day of this is just a question of time.

In a hospital near the Rhine, migrants attacked the staff with knives after they had handed over an 8-month-old on the brink of death, who they’d dragged across half of Europe for three months. The child died two days later, despite having received top care at one of the best pediatric clinics in Germany. The pediatric physician had to undergo surgery and the two nurses are recovering in the ICU. Nobody has been
punished.

The local press is forbidden to write about it, so we can only inform you through email. What would have happened to a German if he had stabbed the doctor and nurses with a knife? Or if he had flung his own syphilis-infected urine into a nurses face and so threatened her with infection? At a minimum he would have gone straight to jail and later to court. With these people so far, nothing has happened.

And so I ask: Where are all those greeters and receivers from the train stations? Sitting pretty at home, enjoying their uncomplicated, safe lives. If it were up to me, I would round up all those greeters and bring them here first to our hospitals emergency ward as attendants! Then in to one of the buildings housing the migrants, so they can really look after them there themselves, without armed police and police dogs, who, sadly today, are in every hospital here in
Bavaria."

exotic diseases that we in Europe do not know how to treat.

but a million of them are already here and we will definitely not be able to get rid of them.

Wonder how they would react to our illegal population plus the assylum seekers numbering in the 10’s of millions.

Great cautionary report for all Americans to be aware of.

There are, of course, differences between Germany and Europe and the USA and North America.

But the common factor are Muslims.

Muslims are generally going to do as Muslims do.

Which is to obey, to some degree or another, Mohammed’s commandments.

And though we wish and hope they all can be harmless and cuddly, the fact is they are not all so.

And SOME of them are dangerous.

How many are dangerous?

Which ones are dangerous?

What kinds of dangers do they pose?

We think we know, but most Americans havent a clue to the threat posed by non terrorist Muslims.

They seem nice and perfectly acceptable to our eyes. But what happens when they get fed up with things in America that even Conservative Christian Americans get fed up with but our laws and our acceptance of political correctness make us impotent to solve?

Their answer is Allah.

But they cant tell us this without being condemned or criticized or becoming outcasts, so they say nothing.

The most effective jihad.

This exact same story has been making the rounds on the internet for a few years now. So far I have been unable to find a link to a reputable source. Where I have seen this posted the sources quoted are “email”

This exact same story has been making the rounds on the internet for a few years now.

Could that be a result of this…posted at the bottom of the email?

Is this “situation” coming to our country?

Please forward this to everyone you know.

This exact same story has been making the rounds on the internet for a few years now.

Could this be a result of this…posted at the bottom of the email?

Is this “situation” coming to our country?

Please forward this to everyone you know.

Its a typical chain email, there are millions of them that anyone can pick up to justify any belief.

If this “nurse” could be validated then perhaps the contents of the email could be considered. Until then its just spam.

Find a source which denies the Hijra or sacred Islamic migration is not a tool for Islamic conquest.

This latest act of violent jihad, however, stems directly from another form of jihad, one that has been underway in Europe for decades but has ramped up dramatically over the past year.

Hijra is a core part of jihad going back to the Prophet Muhammad that involves Islamic conquest through migration. The objective is to overwhelm non-Muslim territories with Muslim populations until they achieve domination through sheer numbers. No weapons necessary — until they gain enough control.

The Islamic Trojan Horse looks next to America. Will we let it in?

• Monica Crowley is editor of online opinion at The Washington Times. 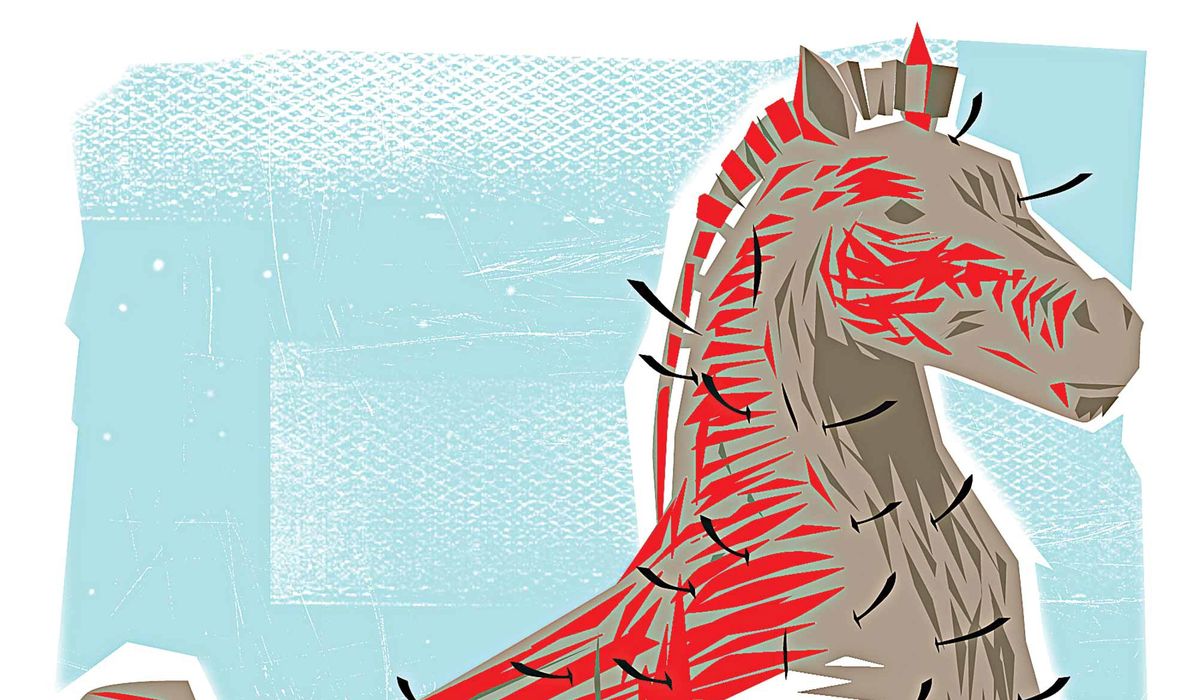 The ‘refugee’ crisis is jihad by another name

So she can be intimidated or worse by the nice Muslims in her community?

You seem to crave confirmation bias. That “email” could have been written by anyone. I can guarantee that a german nurse did not write it.

If she did write it, then it would have been in German. It does not read like a translated letter. In fact it is in perfect English.

What if she was the Wife of a US serviceman?

Your clutching at straws now.

The fact is that there is zero proof that this is nothing more than an urban myth perpetuated by chain emails.

Would you believe it if the German nurse was saying how much immigrants who adhere to the Islamic faith contribute greatly to German society and need to be embraced? I would not believe it and I would maintain that its just more Bullshit perpetuated by email chains,

Now it looks like you are trying to use “sacred deception” or taquiyya to avoid persecution.

I have no words.

Very good. I am pleased you googled that just for me.

How many are dangerous?

Which ones are dangerous?

Well of course we do and it’s fewer than those that aren’t dangerous by magnitudes. There’s 1.5 billion of them living around the world at peace with their neighbors.

That doesn’t address my post. A relative few are committing regular and ongoing attacks around the World.

Well as long as it’s only a few. I mean as long as people are not exposed to the relatively few; I guess it’s worth the risk. I still feel the victims would disagree.