Tucker nailed it and Trump has been completely useless throughout a week of the county getting torn apart. A government that doesn’t protect LIFE and PROPERTY is a government without legitimacy. I voted for Trump and while he has said and done some really stupid shit over the past 3+ years, my support remained. I still support Trump but he is not doing a good job of handling this mess.

Tucker also pointed out that the reason why Trump appears to be going against his instincts in how to handle this is because of that SUBVERSIVE rat-faced prick, Jared Kushner. I think many original Trump supporters have been aware from Day 1 how dangerous having an America hating piece of shit like Kushner in the White House would be - and now we are seeing that danger on full display.

Trump made a good speech yesterday, but it was 5 days too late and I still haven’t seen any action based on the warnings and declarations he issued. 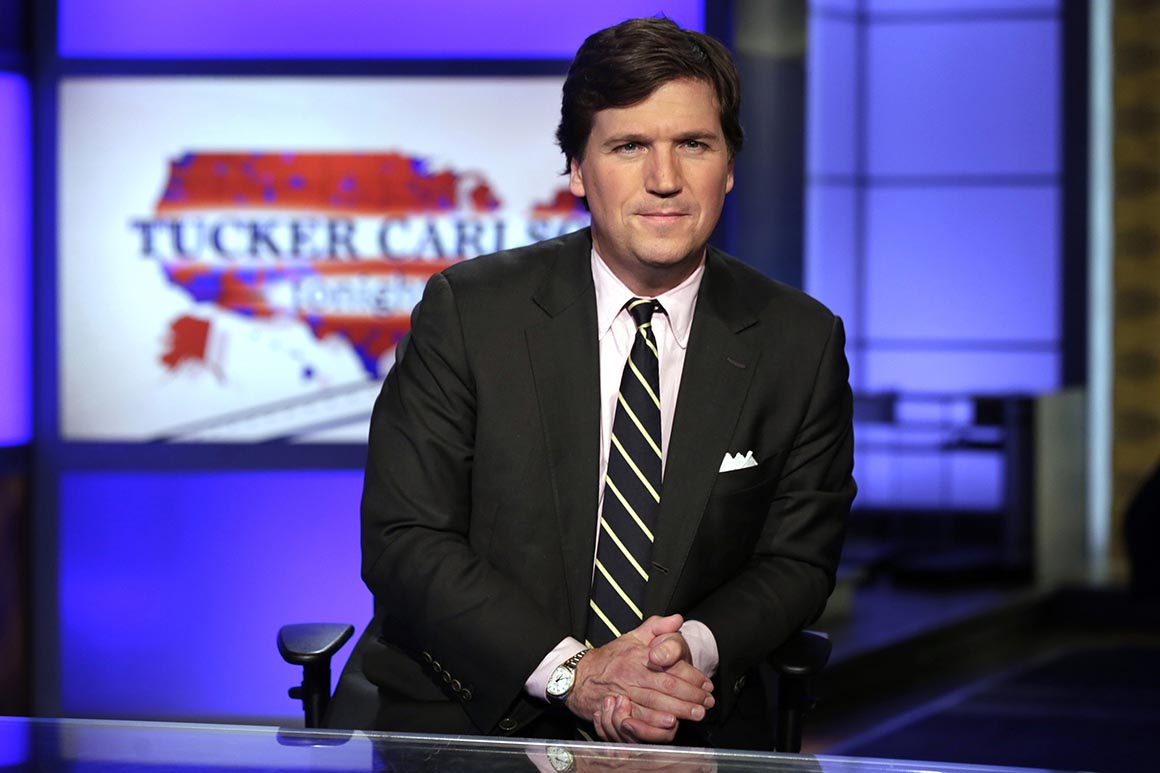 The host criticized the president’s handling of demonstrations sweeping the country, and laid into his son-in-law and adviser over how to respond.

Trump is probably correct to hold off for now. These riots are probably helping his chances for re-election. Chaos, millions of dollars of property destroyed, white people targeted, just think of the all the independents and borderline Dems watching this becoming scared a red pilled. I say let the Dem States and Cities stew in their own mess for awhile, let public support grow for military intervention and then crush the SJWs with tanks.

Well, if we let them burn cities down, beat white people, and all in liberal cities with police who kneel with, instead of arresting rioters, it kinda helps Trump.

These riots are probably helping his chances for re-election.

Lol, yeah you wish. That’s delusional. You probably think his treading water during the early days of Covid and his idiotic commentary about it throughout has been good for him too.

He’s the acting president, and during his administration America’s economy is in shambles, unemployment is at depression era highs and our cities are burning…

Boy you guys are wishful thinking…

And what was Trump’s reaction supposed to be? Let’s hear your genius plan

Yeah crickets on that one from the in house clown who loves any opportunity to exercise his delusional rants with TDS in overdrive! What a dork!

Consolation and encouragement. Praise for police that are kneeling with and marching with the aggrieved. The use of his bully pulpit to call for immediate police reform, and stay the fuck off of twitter unless it’s to express support and concern. Americans are going to hold him responsible for fanning the flames. When his own are calling him out as Carlson is, when even Limbaugh and Pirro cannot defend the police in the brutal murder of Floyd, perhaps it’s time for Trump to wake up and do and say the right things…

I like how you avoided the issue of cities being burned down, innocent bystanders being assaulted and/or murdered out in the open, and the mass destruction and theft of private property.

I’ve responded to all that endlessly with anger over the fact that we have so many white people who don’t give a shit about Mr Floyd, who have co-opted aggrieved African Americans legitimate protests. When the protests began it was predominantly African Americans that were out peacefully protesting injustice, so many of them are gone now, they’ve thrown their hands in the air in frustration and gone home, they have been seen protecting businesses, cleaning up the streets from rioters and looters. Their cause is now moot. What the hell are all these white people doing out in the streets. Why are so many of them committing acts of violence and destruction???

I give a shit about the facts. The media and the politicians jumped on this way too early because they assumed cause and effect. Now that the medical examiner’s report and the toxicology information is out it’s clear that the police had nothing to do with the death of a career criminal. He was on drugs, specifically fentanyl which has a pretty good track record of killing Americans quickly… within minutes from the point of ingestion or injection.

I give a shit about the facts. The media and the politicians jumped on this way too early because they assumed cause and effect.

The video SPEAKS FOR ITSELF…and both autopsies conclude homicide…

If you still think the killing of Mr. Floyd was justified, you’re part of the problem…

What a ridiculous statement. I’m not the one out there lighting things on fire and assaulting people. You should try putting aside your feelings and focusing on the facts.

What a ridiculous statement. I’m not the one out there lighting things on fire and assaulting people.

But nothing in my statement suggested you were/are…

The point again, is that you are part of the problem of racial injustice if you can watch and listen to that video of Mr. Floyd under the knee of that officer and justify it…

Tucker Carlson needs to keep calling out Trump over the influence and presence of Jared Kushner. That subversive leftist has done more to single-handedly wreck the Trump presidency than anything the Democrats have done.

Democrats hate White People…that’s what it means to be a Democrat…to have a genocidal hatred of European Peoples.

Republicans are Cowards…that’s what it means to be a Republican…to never stand up for the only people who ever vote for you.

Why is it ridiculous? All they do is complain about white people. The mayor of Seattle just the other day blamed all of the violence come out of these riots specifically on white men.