STAND BY FOR ONE HELLUVA ROCKY RIDE WITH THIS ‘NEW’ CONGRESS - - -

Yesterday (3Jan2019) was a big day in Washington. As newly-elected members of Congress were sworn in, control of the House of Representatives flipped from Republican to Democrat.

While this is usually a run-of-the-mill process, a lot of things happened yesterday that should concern anyone who cherishes American values and who was hoping for compromise from the new Congress.

Senator Kyrsten Sinema (D-AZ) refused to take her oath of office on the Bible. Instead she used a law book. I don’t know which law book, but I do know this: Long after the senator and whatever book she took her oath on are gone, the word of God will endure.

Rep. Rashida Tlaib (D-MI) took her oath on what she called “Jefferson’s Koran.” She said, “Some of our Founding Fathers knew more about Islam than some members of Congress now.” Obviously she doesn’t know very much. Jefferson got a translation of the Koran so he could understand the Islamic Barbary Pirates against whom he would later, as president, wage war. Thus the phrase, “To the shores of Tripoli” in the Marines’ Hymn. But she is probably right – the Founders understood what many elites today do not: Radical Islam is a deadly threat to freedom.

Unfortunately, Tlaib wasn’t done. She later went to a reception sponsored by the radical groupMoveOn.org. Referring to a conversation she had with her young son about her election, Rep. Tlaib declared, "We’re gonna go in there and impeach the motherf—er.’"

And there’s more. The world map on the wall in Rep. Tlaib’s office had a Post-It note on it labeled “Palestine” over the state of Israel.

Rep. Tlaib is not the only newly elected member of Congress who is hostile to Israel. Rep. Ilhan Omar (D-MN) lied to her constituents about her support for efforts to boycott and sanction Israel. The election of these two Muslim women, along with socialist Alexandria Ocasio-Cortez(D-NY), has been hailed by cultural and media elites as “the wave of the future.” Just to be clear, they are celebrating the victory of anti-Semites. Some future.

Rep. Jennifer Wexton (D-VA) posted the transgender flag outside of her office. (Yes, they have a flag.)

Alexandria Ocasio Cortez plans to increase taxes 70% to fund foreign countries. That is her “green dream”.

Not to be out done, Nancy Pelosi made history herself by becoming the first woman to become Speaker of the House twice. And the first bill she pushed through the House late last night was an appropriation bill that gave an additional $12 billion in foreign aid to multiple countries and provided more money to promote abortions overseas, but did not provide one dime for better border security to protect American citizens.

And new Senator Mitt Romney (R-UT), couldn’t wait until he was sworn in to attack Donald Trump.

And that, my friends, was just Day One of the new Democrat House!

America’s ■■■■ will have to learn the hard way. Democrats are not their friends.

America’s ■■■■ will have to learn the hard way. Democrats are not their friends.

A lesson blacks have yet to learn . It was the democrats that voted for slavery while the republicans wanted to end it . The Democratic Party defended slavery, started the Civil War, founded the KKK, and fought against every major civil rights act in U.S. history and 90% of blacks vote democrat !!

Now that same party sees Hispanics as the new source of votes. Black people are thrown under the bus.

And for anyone who wants to interject “southern strategy” I’m going to count the number of Democrats in congress who voted against the 1964 CRA who then switched parties and became Republican CONGRESSMEN. Those numbers are tiny. And the fact that Byrd did not jump is the final argument for which you will have no adequate rebuttal.

The Democrats simply exchanged iron chains for green ones made out of dollar bills.

Yet more new citizens for the democrats.

A new caravan of at least 500 migrants late Monday began its perilous journey from a rain-soaked bus station in Honduras to the United States border, members of the group told Fox News.

The caravan left the northern city of San Pedro Sula earlier than expected. There was chatter on social media that the group would leave at 5 a.m. on Tuesday. It is unclear why the group left earlier, but rainy weather could have played a role.

The scene was a familiar one: The group had a mix of people that included some mothers carrying their young children on their shoulders. It’s unclear where the group will rest, but past migrants have used the Honduran city of Quimistan, which is 35 miles from the bus stop, as an early checkpoint.

As they walked, some migrants pleaded with local store owners to give them food or water for their journey, according to the Associated Press.

And you wonder why America is fucked up, we have fucked up politicians from both parties including independents

Some of them dont know their ass from their elbow.

Trump wants to make America great again, how about make America normal again.
I remember a society were men were men and women were women, you were either straight, gay, bisexual and the rare Asexual

Today we have 59 different genders, each with their own flags
you have small group of activists wanted to take statues of perceived racists down but they are okay with FDR who hated Japanese, Woodrow Wilson who hated black people still standing.

Today we have political correctness where everything offends the liberal snowflake, including “its cold outside baby”

A number of things.

People continue to send the same morons to congress election after election.

People have allowed the media to dictate what they think.

Congress abdicating their jobs to bureaucrats.

We have no borders thanks to congress who refuses to fix the mess they created.

The polarization of the left and right.

Whatever it is, I wonder if there was a defining moment … either setting off a series of events or signaling a change that led to today’s situation.

I might take the position that it was in 1917 in Russia. The die was cast. America would be in the crosshairs of the leftist radicals eventually.

Good question Call me Ishmael, I wonder what that moment is

Is the marxist hippy beatnik movement in the 1960’s
was it the election and presidency of Obama the Not so great?

With Clinton the right was unhappy with Clinton. As it turns out they were right on his womanizing ways.

Then the Bushwhacker. Th left were crazed over him even though they voted for his wars however we still pretty much got along.

Then el presidente bamboozala. Seems the wheels came off the bus. The country became divided as he deflected problems to Bush. H never stood up to the failings of his policies. He created law via E.O.'s. He loaded the courts with progressive/activist judges.

Now Trump. Blocked at every turn. A special prosector interested in only finding anything on Trump. A congress that blocks all laws the left do not like. Courts that block all presidential actions.

The turning point? What do you think?

I know… it was reefer. 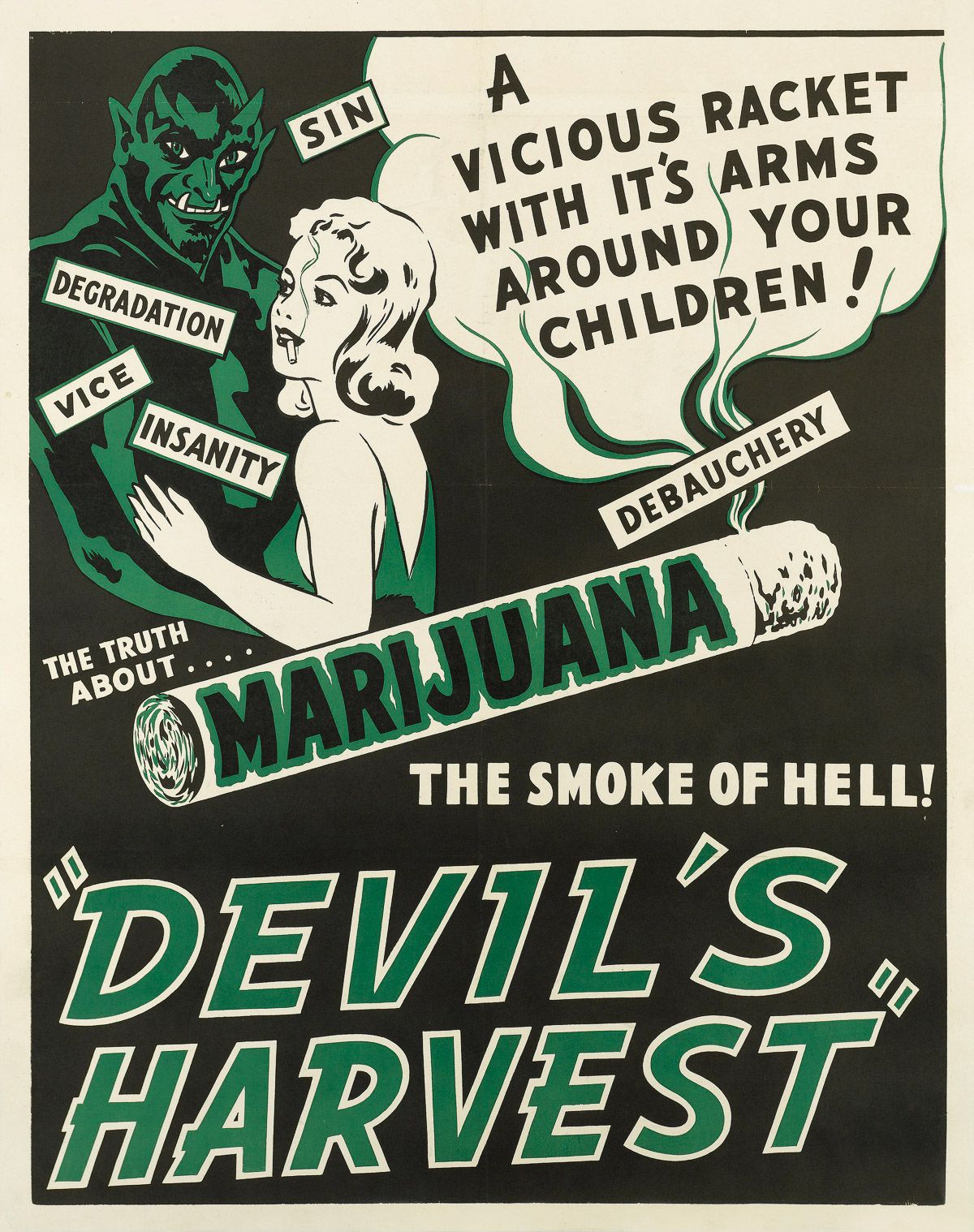 I think you pretty much nailed it Louman

But the left blames it all on Trump.

If the Patriots win or lose the superbowl, Trump will get blamed

The next black kid that gets shot by police , Trump will get blamed.

If MS 13 gangs rapes more women, Trump will get blamed

Anything that goes wrong in America and Trump will get blamed.

But the left blames it all on Trump.

Of course. Trump made them do it.

Slavery was geographical, not partisan.

I think Obama just brought them out of the closet. Now that they are out, they just don’t want to go back in. Which is great. We get to see the lunacy in full 5 year old tantrum mode.

It is the 5 year old who blames daddy for saying no when mommy said yes.