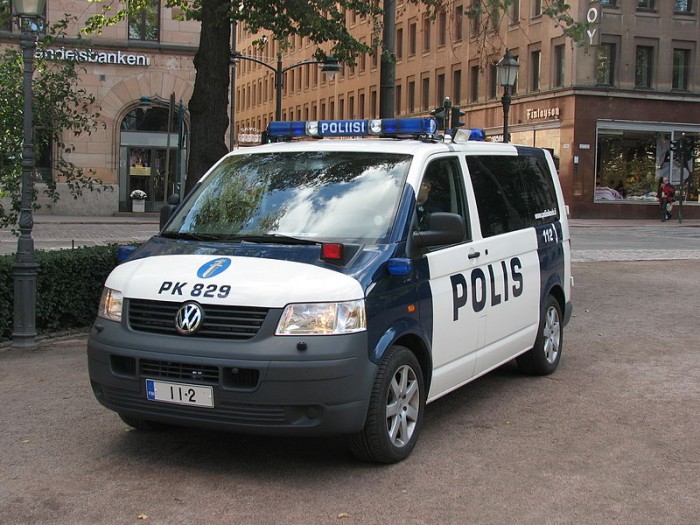 Following the gripping rape of a 10 year old girl in Oulu, Finland, the police are warning other girls and their parents, declares Finnish Yle. Beware of foreign rapists online.

It was on Monday that Free Times wrote that seven foreign men were arrested in for multiple rapes against a very young girl in Oulu.

The victim is said to be a girl just over ten years old. The abuse has been going on for several months, taking place in the men’s private homes (given to them at taxpayer expense).

The police in Oulu are now warning young girls and their parents of the activity of rapists on social media.

According to the police, foreign detainees with “bad Finnish language skills” use the internet to contact “significantly younger” underage girls in the Oulu area, writes Yle.

The police have received reports of dozens of cases where such men tried to contact young girls via the internet.

"I hope this will not lead to more racism". The police want to stress that not everyone with a foreign background is dishonest or criminal, said police Markus Kiiskinen to the newspaper.

According to Yle, the police are currently investigating three separate cases where immigrant suspects are suspected of sexual abuse of children under 15 years in Oulu. All suspects are reported as refugees or asylum seekers.

The media in Sweden, is silent about the horrific abuse. Reports are only coming from alternative media.

So where are the PC police condemning such racist views ?

Yes it is hard for her to blend in wearing a hijab in Finland - just as it should be. At this point I shouldn’t be surprised by the gall of these people, but I am.

She is free to move back to any Muslim shithole country of her choosing where blending in might be a little easier for her.

I thought there were too many Muslims in Christian lands but what the hell do I know.

Muslim woman thinks there are too many finns in Finland?

She does realize she is in Finland right? I know she complained about the lack of diversity in Finland, well assuming her IQ is above 80, she chose to reside in Finland, most european societies are homogeneous

If I go to China, guess what I’m going to find ?
can she take a guess?

If I go to Saudi Arabia, guess what I’m going to find mostly???

If I go to Zimbabwe, guess what Im going going to find mostly of??

Is she really that daft?

Well that’s to be expected for several reasons…one it’s there culture and two…mostly Muslim men are doing large percentage of migration.

They should at least import their own women instead of leaving em behind to fight or be slaves.
At least that’s what I see.

Some immigrants just aren’t likely to adapt to life in a first world country. Pat Buchanan has said it beautifully.

But how is it the parents of a 10 year old don’t know her friends? Or the homes she would visit if she was spending time with one of them?

“They should at least import their own women”

Import? Are they human beings? Or wine & cheese?

Why do they, if seeking marriage with an adult an not looking to rape kids, must they seek “their own”, besides similar values?

Muslim men may marry Christian & ■■■■■■ women as these are the other monotheistic faiths.

What is “their culture”?

A Somali is going to be light years different than a Muslim from India.

Because there isn’t enough women for them to satisfy their urge. Not when you have massive male population migrating.

It’s pretty basic if you can leave emotions out of it.

If you can’t or won’t understand how Culture, heritage and traditions play into human psychic then I’m not sure I can explain it to you. It’s fundamental nature for humans to share values, cultures etc.

Are you advocating for social homogenization?

After a certain age women are more numerous than men due to men naturally taking more and higher risks, leading to more incarcerated & dead.

Unless we’re talking about some country like China or India, with female infanticide,& even there not all provinces equally have that problem, where is this place with “not enough women”?

What percentage of migration into Europe are males?

The answer isn’t hard to figure out. The lack of availability of females that share their tradition and culture IMO main reason why Europe is having problem with Muslim males targeting and raping girls.

Now you can spin this anyway you want but that is the reality that I see.

Which culture? Muslims vary in culture, practices just as much as anyone.

In some of the Muslim majority countries, there is a lot of sectarianism, where even the faith may not have similar practices or even tenets.

I’m on the same page as European author & writer Christopher Caldwell. He argues in one of his books that whether or not immigrants from the Muslim world in particular integrate into western society depends on where they are leaving & what culture they’re bringing.

If they’re willing to adapt to their host country’s culture, they’ll probably do just fine for themselves socially & economically. If not—maybe they’re just looking for a higher standard of living & see nothing wrong with the country & its values they left, than no. They just won’t.

Women that share their values, their culture and traditions.

Do you understand how big of a part that plays in human psychic?

If they’re willing to adopt. Either they have no intentions of adopting or culture difference is to wide for them to bridge across…so they stay in familiar surrounding that farther alienates them from general population.

Do they send for their wives after they’ve established residency?

That was how early immigration into the stayes was—men came, then, once they had established a home & salary, sent for their families. Unaccompanied women & those without a male relative as sponsor were deported.

And I’m still not seeing this “lack of women who share their values” as the nations that have artificially low numbers of females due to infanticide are non Muslim majority.

The fact that they left their family behind in conditions they’re fleeing from should tell you everything you need to know.

Yes “some” are looking for opportunity. But the ones fleeing war torn countries like Syria, Libya and Yemen leaving their women and children to defend for themselves is travesty in itself.

If it’s not such a big deal why the spike of rape and harassment in some of those countries in Europe that have accepted large male population of men?

Because there isn’t enough women for them to satisfy their urge. Not when you have massive male population migrating.

It’s pretty basic if you can leave emotions out of it.

Maybe the problem is not enough goats in Finland.