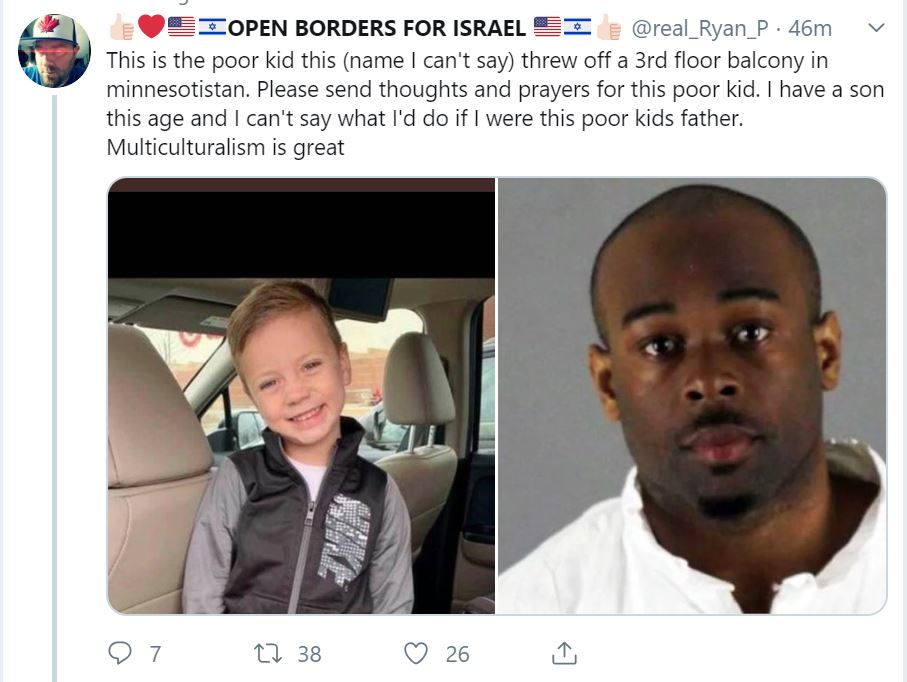 Not even Fox News mentions the Black Death.

If the roles were reversed a white man threw a black five year old off a balcony there would be fucking riots in the streets and the MSM would be demanding “justice” which basically means all white people need to dance from a tree limb. Wake the fuck up people.

Look at this shit…

A suspect has been arrested after a 5-year-old boy was reportedly thrown from the third floor of the Mall of America in Minnesota on Friday morning.

In a press conference outside the mall, Bloomington Police Chief Jeff Potts said that authorities arrested a 24-year-old man they believe threw or pushed the boy and that he does not appear to have any connection to the boy or his mother. He reportedly sprinted away from the scene after pushing or throwing the child, but was apprehended while still in the mall.

The boy is dead. Witnesses saw emergency personal giving CPR to the boy in a huge pool of blood.

The ■■■■■■ who threw him is in custody and will likely will be let off with a slap on the wrist.

If the races were reversed it would be blaring from every radio station, news site, television and rooftop that this hate crime and act of white nationalist terrorism was an ongoing systemic problem and the fault of all white people. Whites would be politely asked to leave and then forcibly banned from shopping malls out of respect for the victims, and anyone who dared to shop while white would be called a racist.

Ok - when do we start throwing black kids from balconies?

When I read the headline for the first time yesterday I knew it would be a black man throwing a white kid. The media tried to hide the ethnicity at first. So tiresome.

The (((MSM))) is going into overdrive trying to bury this story or soften the blow. Every mention is “man” and “boy” never “black man” and “white boy” not even once. We have to push this particular story. Other stories don’t resonate like this one. Make sure boomers and normies everywhere know it was an adult BLACK MALE that tossed a 5 yo WHITE CHILD over a 3rd story balcony. Let them make up their own minds.

Oh my God this story just made me so mad! This poor little boy’s mother just lived through a real life nightmare. We need to start doing what the Blacks do. Thousands of white people need to protest outside the jail and courthouse demanding justice for Landon. Every other race out there gets to organize based upon the interests and demands of their race but that’s “not allowed” for white people. We need to get over that because it isn’t true. We get called racists when we don’t even do anything. We can’t let that bother us anymore. We need to all come together. It’s not okay for a black man to throw a white boy off a balcony and we need to make sure everyone gets the message. Keep attacking us based on our race and we will come together.

Look at this silly shit… 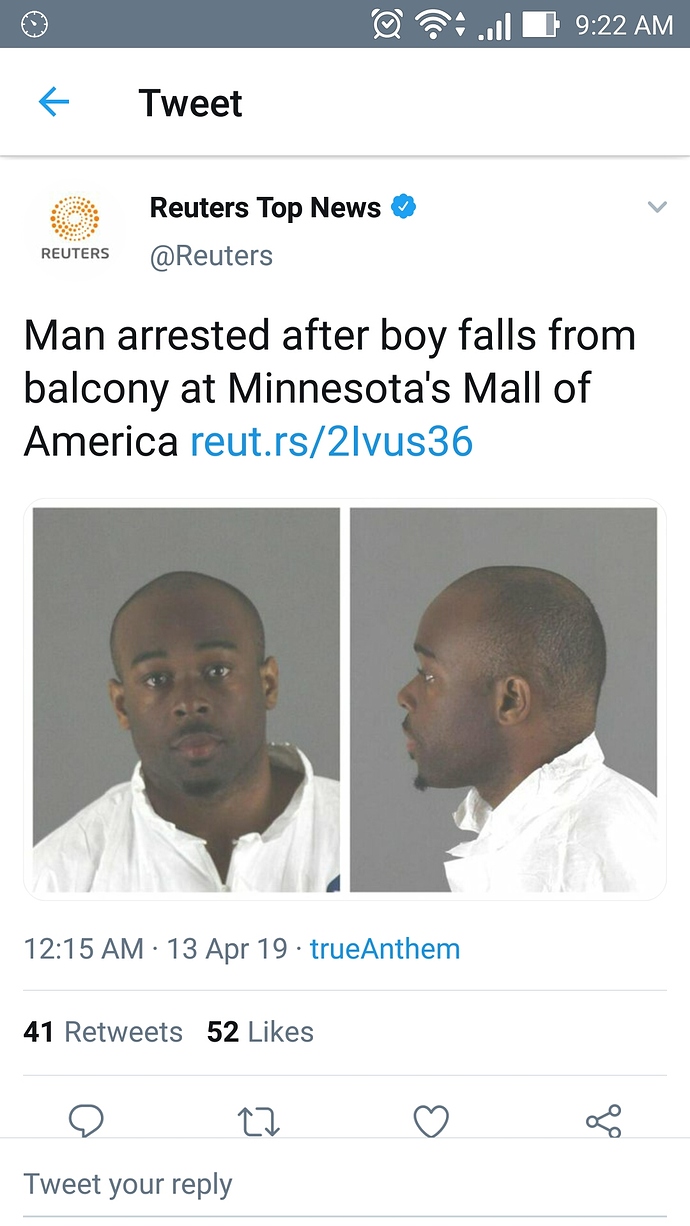 Yeah, these headlines are absolutely unbelievable. There is no way if this was a white guy and a black kid that the headlines would avoid mentioning race.

It makes me angry as well. But the actions of one deranged black person doesn’t represent the entire population of black people.

I’ll bet there are plenty of black people who are just as disgusted by this as you and I are.

The problem is…if a white person so much as looks the wrong way at a black person or a minority it’s national news, that white person is automatically racist, every headline makes it a white on black/brown issue, that white person loses their job, gets their personal information leaked all over their internet, and their life basically gets destroyed.

Also - give it a rest with the “not all black people” propaganda. Until the media says “not all white people” then I’m not going along with that narrative.

I feel for all you have been though. Life is never the same after something like that.

My only bother was killed in a car accident. My mother was never the same person again.

The boy’s condition is still unknown, but I don’t hold out much hope he will survive. If he does, I hold out very small hope for his quality of life.

I am so sorry for your loss. That is heart breaking and I will keep you and your family in my prayers

My wife lost her mother when she was 12; and both her brothers also died from melanoma.

IMHO, your anger is misdirected.

You can look to the current democrat party and the MSM for propagating and stoking the fire of racial division. It is more unprecedented than I’ve ever seen before.

And, no I won’t “give it a rest”. Responses like yours are exactly what the democrat party is hoping to invoke. I’m not falling for it and neither should you.

Ahh…so I should just stay quiet, not notice things, and continue to allow white people to be used as the scapegoat for everything.

Not at all. If you want to fight it, then fight against the democrat party and the MSM who perpetuate division.

Fight against the root of the problem.

But the actions of one deranged black person doesn’t represent the entire population of black people.

13% of the population commits 50% of the violent crime. Not all blacks…just the majority.