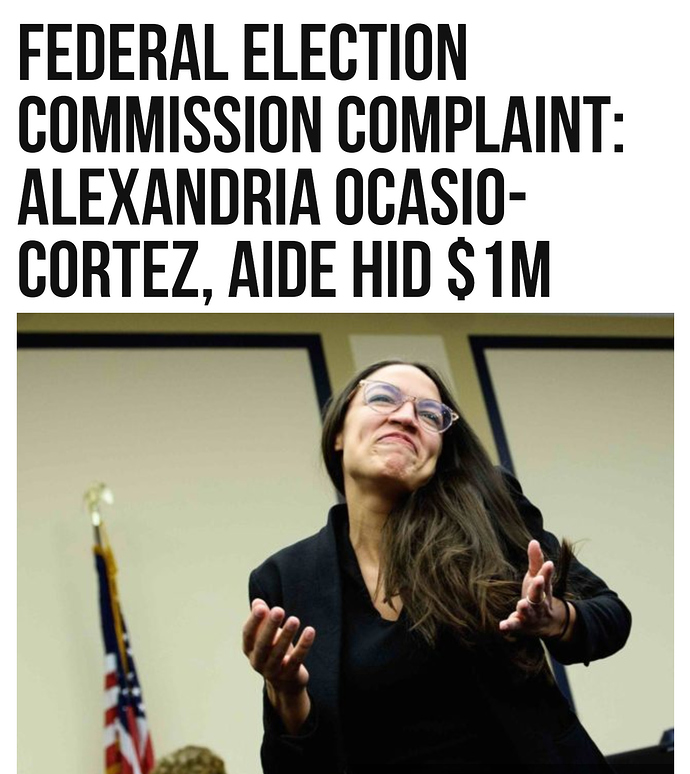 An FEC complaint filed Monday charges Congresswoman Alexandria Ocasio-Cortez, her Chief of Staff, and others with using two PACs and LLCs to hide hundreds of thousands in campaign dollars.

A Federal Election Commission (FEC) complaint the National Legal and Policy Center (NLPC) filed Monday accused Cortez chief of staff Saikat Chakrabarti of using two PACs (Political Action Committees) he founded to funnel around $1 million to two of his private companies, according to the Washington Examiner . The companies may have been used to hide what funds were spent on.

The NPLC complaint takes aim at the possibility contributions from the PAC to candidates exceeded the $5,000 FEC limit. It requests an FEC investigation into the two PACs for creating “an elaborate scheme to avoid proper disclosure of campaign expenditures.”

“These are not minor or technical violations. We are talking about real money here. In all my years of studying FEC reports, I’ve never seen a more ambitious operation to circumvent reporting requirements,” said Tom Anderson, director of NLPC’s Government Integrity Project. “Representative Ocasio-Cortez has been quite vocalin condemning so-called dark money, but her own campaign went to great lengths to avoid the sunlight of disclosure.”

Funds traveling through Brand New Congress LLC were spent on ten or more candidates, according to NLPC, which stated the LLC was “apparently operated by Chakrabarti.”

NPLC said in a post to its website, “The final disposition of the funds is unknown because whatever expenditures were made were never reported to the FEC. It appears, however, that they underwrote a score of campaign-related events and activities for Ocasio-Cortez and other Congressional candidates.”

“He’s not on my payroll. They were not working for me and they are two separate entities here,” Cortez told the Times .

This is not the first FEC complaint concerning Cortez. Last week the Coolidge Reagan Foundation filed a complaint alleging Brand New Congress PAC was used to funnel money to the congresswoman’s boyfriend Riley Roberts. The Times noted that Roberts received payments as a “marketing consultant” of $6,000 from Brand New Congress PAC. 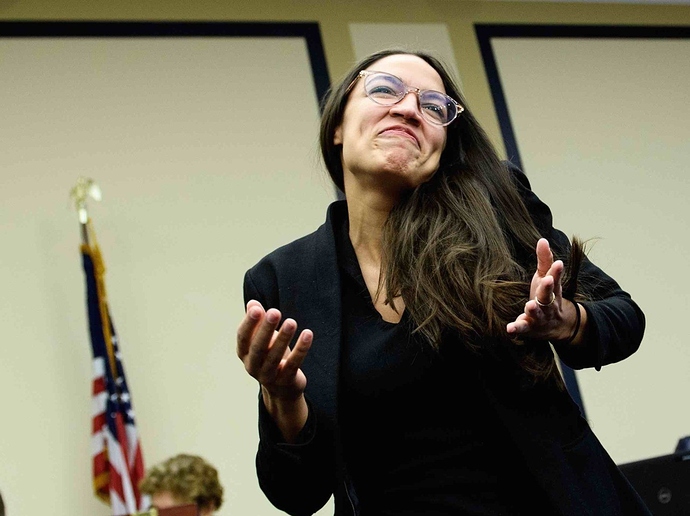 A Monday FEC complaint charges Rep. Alexandria Ocasio-Cortez and her Chief of Staff with hiding about $1 million in campaign money in 2018.

AOC…you like to be in the headlines, right? You are the real deal now, AOC… a crooked politician who is subject to investigation.
Enjoy the fame, asshole!

This story has more of a long term D flavor to it than a GOP operative.

Eventually something will give and she’ll work with the party, or they’ll shuffle her around so she never gets seniority and rip her district apart every cycle so she’s constantly running against an incumbent until she can’t get elected.

Who would have ever guessed a socialist got into office through corruption?

Lies she tells don’t seem to matter to the media.

Wonder if the MSM will pick this story up.

This story has more of a long term D flavor to it than a GOP operative.

Shouldn’t she be sharing that money with the people?

If charges actually get filed and she ends up in court, they will be forced to cover it. I think this is coming from the DNC side of the house. They are going to teach the freshman to shut up and color. If she doesn’t want to play along then she’s going to get a proper political pounding.

Charges have been filed. Once they account for where the money was paid, Ocasio is toast. They may already have that info. She might have stolen a million dollars. Most politicians at least wait a while before they start stealing. Must be that ■■■■■ latina IQ and high time preference.

LOL, pay no attention to the person behind the curtain.

It took longer for Cortez to be under scrutiny for crimes than I thought.

“These are not minor or technical violations. We are talking about real money here. In all my years of studying FEC reports, I’ve never seen a more ambitious operation to circumvent reporting requirements,”

Obviously he never bothered to watch the PV video where Leftwingers bragged about participation in and personal knowledge of rampant illegal collusion between candidate, party and PACs as well as voter fraud.

If AOC were as important as Hillary she’d be better protected … unless this is how the DNC plans to take her down rather than endure the damage she’s causing or deal with her some other way and upset the cray-cray Democrat voters.

A right-wing organization filed a complaint with the FEC against AOC’s campaign. Not surprisingly, the headline incorrectly implies that the FEC is charging her with something. I was wondering why the story is being blasted by the right-wing blogosphere – WND, Breitbart, DailyCaller, etc. These are not good sources, people.

Such a classic leftist tactic, when you don’t like the news attack the source.

In 2016 and 2017, Chakrabarti’s PACs raised about $3.3 million for the project, primarily from small donors. During this time, the committees transferred over $1 million to two shell companies controlled by Chakrabarti with names similar to one of the PACs, Brand New Campaign LLC and Brand New Congress LLC, according to federal election filings.

AOC’s chief of staff ran $1M slush fund by diverting campaign cash to his own...

Two political action committees founded by Rep. Alexandria Ocasio-Cortez’s top aide funneled over $1 million in political donations into two of his own private companies, according to a complaint filed with the Federal Election Commission on Monday.

In that was she won’t mind an independent investigation to ensure she’s as honest as she pretends to be.

New York Rep. Alexandria Ocasio-Cortez on Tuesday denied violating campaign finance law after a conservative government watchdog filed a complaint with the Federal Election Commission accusing the Democratic lawmaker and her chief of staff of being part of an “off-the-books operation” to spend hundreds of thousands of dollars on candidates last year.

“There is no violation,” Ocasio-Cortez exclusively told Fox News after landing Tuesday at Ronald Reagan National Airport. Asked if the complaint shows she was connected to “dark money” during the campaign, Ocasio-Cortez replied, “No, no.” This is a developing story, but apparently there’s a story out on the Washington Examiner that there has been an FEC complaint file that AOC funneled money (about $1 million) from one of her PAC into a slush fund.

She’ll probably get a slap on the wrist, and a, “It’s okay; you didn’t know” lecture.

if AOCs campaign manager did this and AOC had knowledge of it… then AOC should step down and be charged. This is illegal.

I agree with you. The DNC is ruthless and AOC thinks her poo smells like roses. Man, nothing screams get in line or get spanked like the DNC.

As an aside, may I just say I am sorry, but still find it hilarious that you are stuck with that username?