FBI Swamp gate keeper Christopher Wray testified before the senate that China poses as the US’s biggest threat and sounded the alarm by listing the ways they are doing it! About time! Duh!

The timing of this is even more interesting as the DOJ has just announced that they will be extensively looking into antitrust violations by big tech companies such as Google, Apple, Facebook and others!

FBI Director Christopher Wray warned Congress on Tuesday that China poses “a more severe counterintelligence threat” to the United States than any other country. Is Wray protecting the Swamp? WASHINGTON (AP) — FBI Director Christopher Wray offered a lesson Tuesday in how to dodge questions about the special counsel's Russia investigation , offering a possible preview of what lawmakers...

FBI Swamp gate keeper Christopher Wray testified before the senate that China poses as the US’s biggest threat and sounded the alarm by listing the ways they are doing it! About time! Duh!

I agree. Their IP theft is expansive and highly successful.

The timing of this is even more interesting as the DOJ has just announced that they will be extensively looking into antitrust violations by big tech companies such as Google, Apple, Facebook and others!

Not sure what this has to do with China as a CI threat?

You also forgot a key quote from Wray

“Wray added that Russia is “probably” next in line.“

We need to also take that CI threat seriously. We must prepare for more election meddling next year.

Maybe if FBI and CIA were doing their job they would have send the warning signs years ago…but instead they were preoccupied with other tasks…like seeking out and spying on political opponents for Obama and Hillery.

Who here hasn’t seen this coming a decade ago? or nearly 2 decades ago?

This announcement is about 20 years late.

Of course it has, and our political representatives are complicit in the lies they sell! They ignored it because they couldn’t resist the CHICOM’s dirty lobbying money that helped build their secret empires. It is estimated that there are close to 30,000 Chinese spy operatives within the US, and Silicon Valley alone has a nest of them posing as companies in the industry. 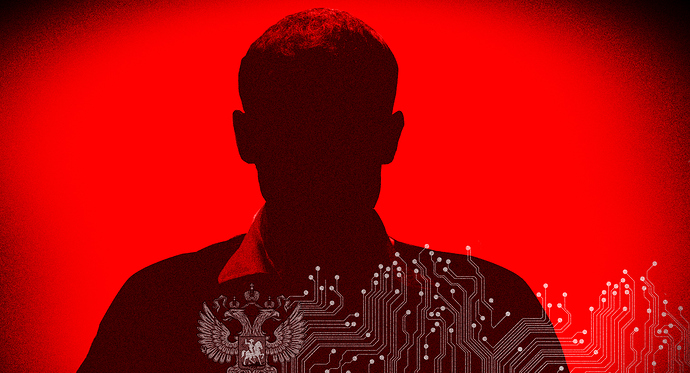 How Silicon Valley Became a Den of Spies

The West Coast is a growing target of foreign espionage. And it’s not ready to fight back.

Diane Feinstein and her Husband should be charged with treason! Mitch McConnell and his Wife Elaine Chao should be called out, as there are others like Ryan, Ted Liu, Mittens Romney, Thune, Pelosi, Amash, to name a few, and that is not including Governors of such states like California, New York and Washington where Chinese invested heavily!

China is slowly winning WWIII without firing a shot.

MFN for China was supposed to be a huge boon to the US economy but in reality all it’s done is take China forty or fifty years into the future technology wise in 30 years and provided near limitless funding for their military.

Globally China is the most serious rising threat and most people are blissfully ignorant on the subject.

When the Clinton Administration handed them the technology to allow them to target cities instead of states and regions with their nukes they became an even greater threat than the Russians as nobody really had their eye on them and the few who did were laughed at and ignored.

I believe politics played a large part as to why they didn’t take China seriously…yes. Profit to be made by those that have controlling interest over our goverment.

Unless you can prove otherwise. Flags were raised long time ago but was ignored.

Damn…you’re on top of it too.

So I’m not only one.

And it wasn’t just the guidance system disguised as placing satellites into orbit, they also sold solid fuel tech as well.

Meanwhile Al Gore stuck his head outside of white house window lobbying Chicoms for Clinton reelection campaign…of course the money went through a third party hands first to be legal…or appear to be legal.

Which also raises other questions about Hillary Clintons unsecured server issue where allegations are persistent to suggest she purposely made available classified information to the CHICOM’s in exchange that saw a huge amount of cash going to her and Billy’s foundation! These people need to be charged with treason, but somewhere getting hard facts to prove is elusive.

What monks? Not the Shaolin kind! Maybe you are thinking of the Confucius Institute? That is being called out at many Universities nation wide! MIT just terminated a program that was involved with a joint cooperation with Chinese Nationals posing as Engineers.

In 96 Gore was the conduit for around 85k in illegal money funneled to the DNC through he and the monks from the Chinese gov’t.

You have to be a little bit more specific when referencing the word “monks “! There are many secular monks in China.

They were Buddhist monks at a monastery as I recall.

That can be anybody, as there are many secs of Christianity so to is Buddhism! Were they Zen, Taoists, Washu, for example?

If you’re really curious as to exactly what sect they were from I"m sure you can find it with a little googling.

No I tried. The organisation was US based though and the articles I looked at didn’t say what Sec they were!

This was one such article, which is interesting to say in the least, but they were not Shaolin monks!

Wray is a total rodent and a traitor to the USA .