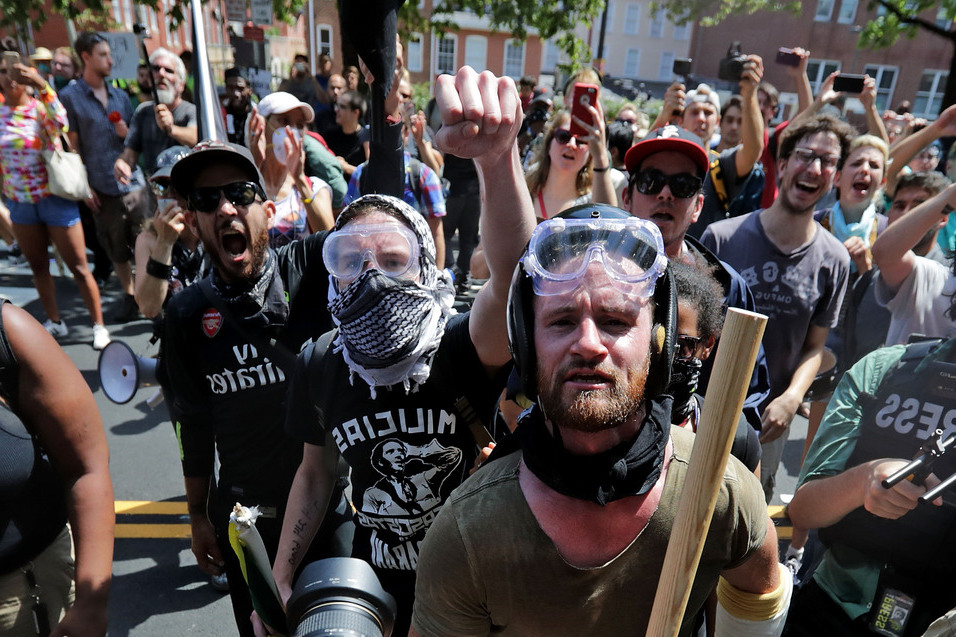 Most of us who have been paying attention have seen this coming for the past 20 or so years, incrementally getting worse and worse each year. The left has no chance unless the government is going to do most of the dirty work for them. They want us dead, well and we don’t want to be dead so…

There is a certain irony in simultaneously wanting gun control/ban and wanting to buy illegal weapons from Mexico.

Buying firearms is not the same as proficiency with them…

Antifa should stick to bike locks.

They were really just buying back the Fast and Furious Guns to be nice and to help lower Mexico’s crime rate.

If this is true they are idiots, they could have bought anything they needed on the civilian market here in the US.

Horse hockey, the US would not use WMD’s on our own soil except as the last desperate act of of a conscienceless dictator.

We’ve fought all over the globe since the end of WWII without ever employing WMD’s.

Not really, Antifa are Anarchists, not mainstream democrats.

Oddly enough they want the same thing for different reasons.

Antifa wants anarchy because they are idiots, Democrats want it so that “The People” will cry out for gun control.

You say that, but if someone like Clinton ever gets into the White House again, I have no doubt someone like that WOULD use nukes against our own citizens if they believed they could benefit from it.

They are democrats, they are the militant wing of the democrat party … kkk with a different name… stay in your bubble

Yeah … just thinking about it, I could probably use another couple hundred pounds.

They are democrats, they are the militant wing of the democrat party … kkk with a different name… stay in your bubble

“Your bubble”? What bubble are you in?

They are anarchists. Democrats spent a fair bit of time trying to bring them into the party a few years back but there’s zero evidence to suggest they had any luck.

The neighborhood bubble. Hell, he’s never even been out of town other than his time in prison.

Im experienceing real life I’m in the prime of my life building my future in a socialist city. It’s a battle but I will win

Maybe from your couch I live in it, I was on the front page of the BOSTON herald fighting them, bar stool sports. I live around them…
when Berkeley democrats almost tried to burn down a Building with ■■■■ in them. They are the democrats.

Pic of the paper you are talking about or it didn’t happen.

Hell no it was a horrible pic I told the journalist that chased me down if he put my pic I’d find out where he lives… and I did.

Then by all means show some actual evidence to support your claim that they are democrats. Not more of your vacuous, inane ramblings, or mindless bullshit you are so well known for, actual documentary evidence.