Presidential hopeful proposes wealth tax and levy on unrealized gains, a combination that could alter investing 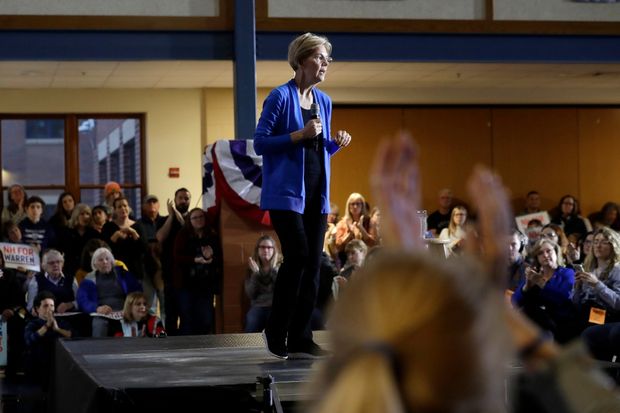 WASHINGTON—Democratic presidential candidate Elizabeth Warren has unveiled sweeping tax proposals that would push federal tax rates on some billionaires and multimillionaires above 100%.

That prospect raises questions for taxpayers and the broader economy that experts are starting to ponder: Under which circumstances would taxpayers have to pay those rates? How might that change their behavior? And would investment and economic growth suffer?

Potential tax rates over 100% could result from the combination of tax increases the Massachusetts senator proposes for the very top tier of investors. She wants to return the top income-tax rate to 39.6% from 37%, impose a new 14.8% tax for Social Security, add an annual tax of up to 6% on accumulated wealth and require rich investors to pay capital-gains taxes at the same rates as other income even if they don’t sell their assets. 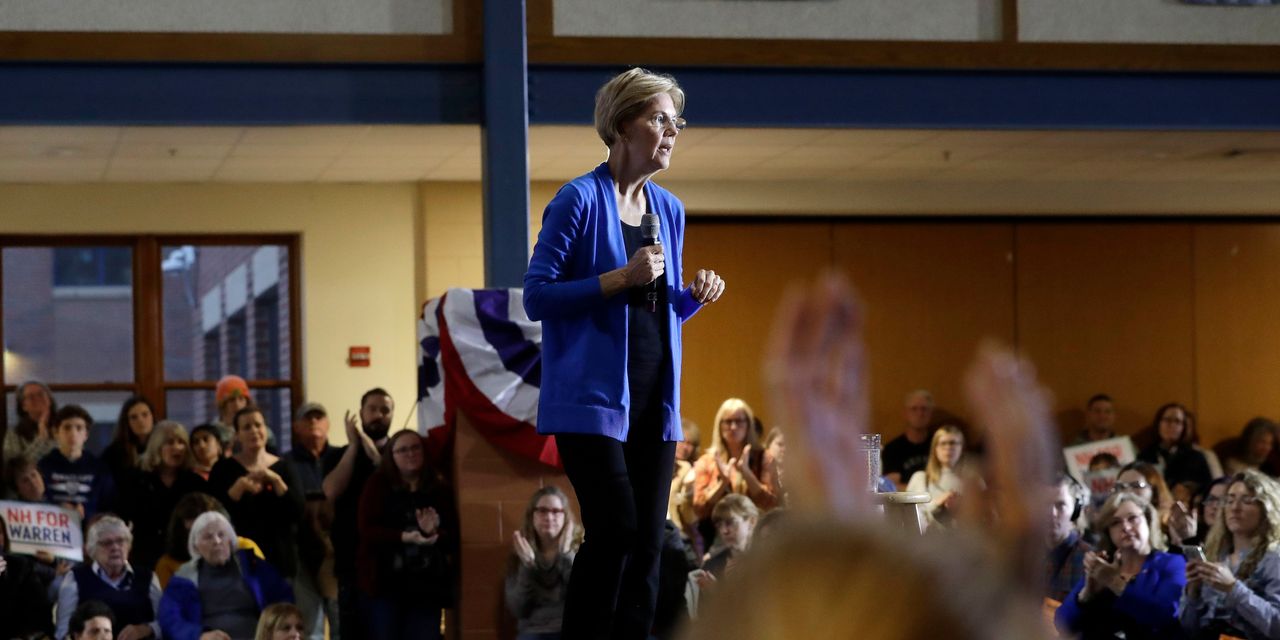 Presidential candidate Elizabeth Warren’s tax proposals would push federal rates on billionaires and some multimillionaires above 100% to finance social programs. Some say that could slow economic growth.

Is it safe yet to declare her campaign, “Done”?

Here’s how her genius plan works:

The fact that she’s still a front runner even after all her batshit crazy policy ideas are out there is scary. Who could vote for this twat?

There isn’t enough money to do 10% of the garbage her and Bernie are promising to do.

I’m not the biggest fan of Elizabeth Warren but I really don’t care if billionaires have to part with a little bit more of their money. They have enough to go around.

What will Billionaires do if they are taxed excessively?

Will they stay put and enjoy being buggered?

Or will they move their residence so they dont have to pay any taxes at all?

If enough Billionaires move to more tax friendly countries, who will have to pay more in taxes to make up for their share of the tax base that would be gone?

I think this points out the truth of the quotation with many ‘fathers’*:

An excited supporter burst into the private chambers of the old tiger Clemenceau one day and cried, “Your son has just joined the Communist Party.” Clemenceau regarded his visitor calmly and remarked, “Monsieur, my son is 22 years old. If he had not become a Communist at 22, I would have disowned him. If he is still a Communist at 30, I will do it then.”

What will Billionaires do if they are taxed excessively?

Will they stay put and enjoy being buggered?

They’d have to relinquish citizenship to escape taxes, and there’s a tax for that as well. So let them leave, and lose 60% of their wealth just to go to any other first world country which will tax them more. They’re not going anywhere.

The fact that she’s still a front runner even after all her batshit crazy policy ideas are out there is scary. Who could vote for this twat?

The have-nots who want to take what you earned through hard work and sacrifice via the comfort of their couch?

Should tax rates be higher? It’s the million dollar question! Up? Down? No change? Where in the world should taxes go? In election years, the question of tax rates fills the airwaves. In non-election years, the question of tax rates, again, fills the airwaves. So what’s the answer? UCLA Professor of Economics Tim Groseclose explains his research on the topic. Basically, there’s a certain point at which higher tax rates actually reduce the amount of revenue the government collects. What’s that point? When are tax rates too high? Learn a valuable lesson in economics, and public policy. 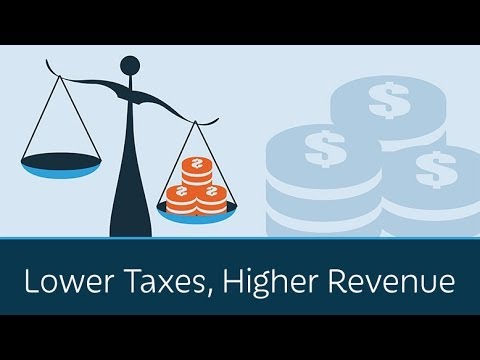 I have Google. Thanks. I don’t really care about what some right-wing laughable excuse for university says about this. It also doesn’t challenge my post in any way, which still stands as the most authoritative and fact-based post in this thread.

The Agenda - Grinding America Down (Part 1 of 2) 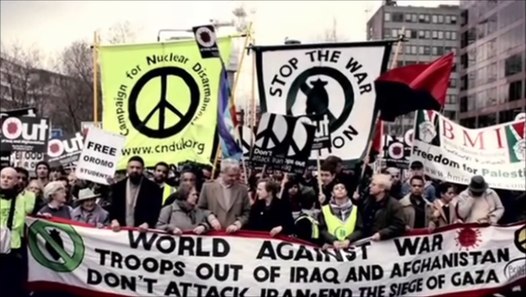 The Agenda - Grinding America Down (Part 2 of 2) 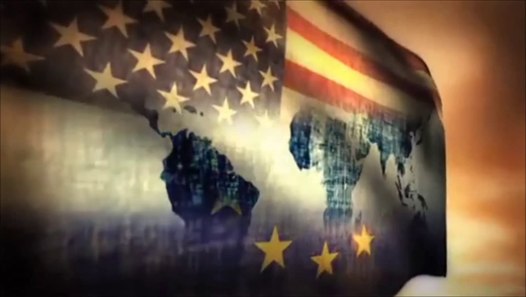 Should tax rates be higher? It’s the million dollar question! Up? Down? No change? Where in the world should taxes go?

A great question. I’d ask you this in return: Isn’t it wonderful to live in a country where people can PAY taxes rather than begging for and being dependent on foreign aid?

Yet, that is taken for granted, isn’t it? As though we will always produce wealth.

Except when the taxes choke the producers out of the system. The libs will then wander around with the deer in the headlight stare wondering just where in the world did things go so wrong.

If everyone here is fine with you spamming the site then go for it. I’m not going to waste my time watching whatever it is that you’re posting. Why don’t you try using your words and having a conversation about why I’m wrong instead of relying on the words of other people in videos to do it. It just makes your argument look incredibly weak.

How can I block you and emulate in reverse what you demonstrate?

You prefer to deny yourself smarterness.

I’d prefer to spare myself your wisdomery.

You can block me. I don’t care. If you’re another one of those conservative snowflakes, don’t worry I completely understand. I know conservatives need their safe spaces.

Before the internet, folks with odd ways of processing reality would find themselves marginalized for everyone’s benefit.

They wouldn’t bother as many mainstreamers.
Mainstreamers would leave them alone.

And most importantly, they wouldn’t feel so empowered as to kid themselves into believing their way of thinking was the best for the country.

Their ideas would be given the attention they deserved.

But since the advent of the internet, any nut with a crazy way of looking at the world can make a statement and be thrilled by one or two upvotes and on the basis of that go off to run for President and before anyone knew how full of crap they were, they could have a war chest big enough to attract millions of dimwitted followers of every sexual orientation or level of intelligence or understanding of what is needed to keep America healthy and safe and strong and prosperous.

I dont want to allow you to tempt me to mistreat you and hurt your feelings and suffer the consequences.

So, I am not asking your permission, silly girl.

I am trying to give you the benefit of the doubt that you know something worth knowing.

HOW does one block a poster here?

In truth Billionaires would indeed move, and Trump would allow it as a lame duck. Even those with high incomes will look at a great deal of bartering.
France tried to tax people 105% and high earners fled.
I would not stay a citizen if this country were planning to rob me of all I worked and sacrificed for. Contrary to queer’s opinion, US citizenship is becoming like California residency - a lot less valuable than it used to be. The exit theft, er, tax is significant, but nowhere close to 60%, and it’s on unrealized capital gains-something LIzzie lezzie is planning to steal anyway. The other thing is that most billionaires make their money on investments, and even with the one time gubmint theft - it’s one time.

The social psychologists of the future will have a number of classes of school children on whom they will try different methods of producing an unshakable conviction that snow is black.

Various results will soon be arrived at.

First, that the influence of home is obstructive.

Second, that not much can be done unless indoctrination begins before the age of ten.

Third, that verses set to music and repeatedly intoned are very effective.

Fourth, that the opinion that snow is white must be held to show a morbid taste for eccentricity.

But I anticipate. It is for future scientists to make these maxims precise and discover exactly how much it costs per head to make children believe that snow is black, and how much less it would cost to make them believe it is dark gray.

Although this science will be diligently studied, it will be rigidly confined to the governing class.

The populace will not be allowed to know how its convictions were generated. When the technique has been perfected, every government that has been in charge of education for a generation will be able to control its subjects securely without the need of armies or policemen.

As yet there is only one country which has succeeded in creating this politician’s paradise.

She will create a country with everyone on welfare.