Since 2016 the Durham Housing Authority in Durham, NC has suffered a number of public housing crises centering on neglected maintenance and crime (shootings and robbery). In 2019 their McDougald Terrace and several other apartments were evacuated due to carbon monoxide gas leaks from appliances. The suspicious deaths of three babies was ruled unrelated by the city coroner. Surprisingly, despite the media exposure tenants continue to suffer poor maintenance and are reporting cockroaches, unrepaired sheetrock and mold from water leaks. The progressive democrat run housing authority will not respond to press inquiries about what percentage of maintenance calls go unfulfilled and a recent massive infestation of cockroaches was reported by a single mother of four whose maintenance requests went unresponded to. Initially tenants believed the housing authority’s claims that maintenance wasn’t possible because of insufficient HUD funding but a thorough investigation by the Durham HUD Tenants Union discovered that there is actually a larger plan to halve the public housing population, who are mostly african american, low income tenants. The city of Durham has been pressing an Affordable Housing Plan which is a development project that was claimed to be a solution to reduce homelessness but actually included eugenics elements designed to strip housing assistance from low income tenants (including the disabled and elderly) in favor of higher income working poor. In 2018 HUD Secretary Ben Carson said he felt low income HUD tenants should have higher rents despite HUD having a mandate to keep rents affordable at 30% of income. Despite Carson’s promise not to target the elderly and disabled, his RAD development program did exactly that. Housing authorities initially qualify for RAD by having neglected maintenance which causes damage and justifies redevelopment. Both DHA and the Marin Housing Authority (whose tenants sued them for it) of Marin Florida have been found to be neglecting maintenance in this way. Trump has changed RAD to tie development funding to the total number of Section 8 vouchers. So a housing authority receives bonus money if they redline Section 8 rents to unaffordable levels while only allocating 51% of the new housing to the existing low income tenants. This causes a redlining of the poor where they run out of housing because the redlining prevents them from living outside of dangerous slum areas and causes loss of housing assistance when tenants can’t find housing in the area. An analysis of DHA’s Affordable Housing Plan shows they did exactly this. They followed the 51% minimum allocation and set Section 8 Housing Choice Voucher (HCV) rents at 17% above affordability for market units in 2019. The result for existing Section 8 tenants was that in 2019 they saw their rents rise 7% above affordability in the cheapest tax credit units located in better (SAFMR) areas and were redlined out of market unit apartments in most of the better areas of Durham. Since market units are now unaffordable landlords are discouraged from renting to Section 8 tenants. The effect on hundreds of poor tenants in redevelopments is that there will be a housing shortage and they will lose their assistance due to the inability to find housing. Durham leads the state in the number of evictions for a large city. DHA currently claims that 25% of its new HCV voucher participants are unable to locate housing. Area housing is insufficient for large influx of RAD HCV vouchers and it is expected that large numbers of poor public housing tenants will lose housing assistance when they fail to find units to rent and there is no protection for elderly and disabled tenants. North Carolina previously had a eugenics scandal up to 1973 where large numbers of mentally disabled individuals were either forced or coerced into sterilization. Progressives at that time were big proponents of eugenics. HUD attempted to cover up the unaffordable rents by omitting required utility costs from the affordability calculation in a letter to Senator Richard Burr and refuses to enforce affordability requirements to prevent redlining. Presidential candidate Joe Biden has promised to reform HUD to eliminate the redlining through unaffordable rents but he will be fighting with progressive democrat eugenicists like Durham’s mayor Steve Schewel who is actively eliminating half of his low income tenant population through redlining, poor living conditions and refusal to toughen up policing by hiring more officers and reducing response times with a ShotSpotter system.

The Durham HUD Tenants Union maintains the Facebook group Mayor Steve Schewel’s Affordable Housing Shakedown. You can find extensive documentation there as well as pictures of horrible tenant living conditions in their public housing on their discussion feed.

Here’s HUD Secretary Ben Carson in 2018 promising not to raise rents on the elderly and disabled.

Public housing has been weaponized by the left to destroy nice neighborhoods and flood in violent criminals to our peaceful communities.

It’s not just the progressive democrats, Trump’s HUD is encouraging it. This is bipartisan.

HUD needs to be dismantled. Permanently.

Heavy censorship on Facebook. This is a big coverup. Thank goodness for politicalbullpen.

If DHA isn’t using HUD money for maintenance then they are probably embezzling it.

Here are some additional reference links: Ben Carson says he’s raising rents to put poor Americans to work. But in the...

The proposal would likely cause bigger rent increases in D.C. than anywhere else.

A group of HUD tenants in Durham, NC who are fighting eugenic housing practices by the Durham Housing Authority against poor, african americans, elderly and disabled. DHA maintains unliveable... 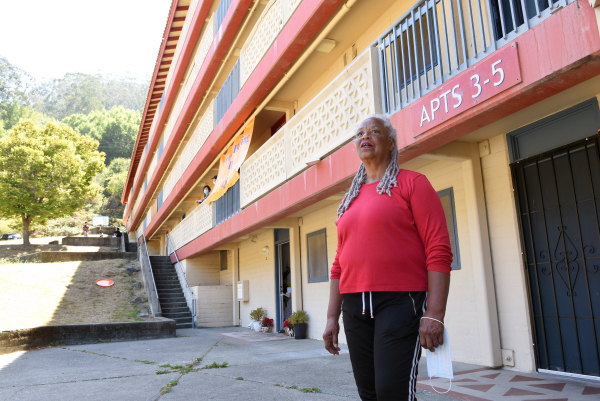 The class-action lawsuit alleges the county is ignoring squalor at Golden Gate Village as it pursues a redevelopment plan.

“We deserve our living standards to be up to par,” said Hoover, an expecting mother. “We live in one of the wealthiest counties in the world. There is no excuse why our units have been so neglected. Is it because we are predominantly African American?

“I want Marin City to be a place I can continue to plant my generational roots … a place my daughter can be proud to say this is her home as well. Black lives, they do matter. They stole us, sold us and now they owe us.”

I’m so tired of people pulling the race card.

They stole us, sold us and now they owe us.”

Ya know its funny I was feeling the same way today. I was searching Linkedin and that is all I see is these hiring ads about preaching Diversity crap! It really is getting tiresome.

I’m with you. I was doing a job search on there over the weekend and it is relentless.

I’m so tired of people pulling the race card.

The reason a lot of people don’t take the Black Lives Matter movement seriously is because they misrepresent problems that affect many races as only affecting blacks.

They should be able to live in an inhabitable place. Maintenance should be done for things like leaky roof, etc.

However, the fact of the matter is places like this tend to be neglected both by the residents and sometimes by the property managers.

It’s what happens when you rely on government and others to put a roof over your head.

No one cares that your © relative was a slave hundreds of years ago. No one feels sorry for you © that are a single mother of four and made the kind of bad decisions so that affordable housing is the only option between you © and homelessness.

The reason a lot of people don’t take the Black Lives Matter movement seriously is because they misrepresent problems that affect many races as only affecting blacks.

Actually, their agenda and watching them loot, burn and terrorize communities might have a bit more to do with it.

They are a black terrorist political group out to destroy our Country .

Actually they are funded by the progressive democrat billionaire group Democracy Alliance.

They should all be labeled domestic terrorists. The movement is bad for America and equally as bad for black people.

I’ve got an idea. Dismantle all public housing and let Black Lives Matter take care of their own “community” since they obviously have enough money to do so.

Isn’t the south side of Chicago a good example of how black lives matter?