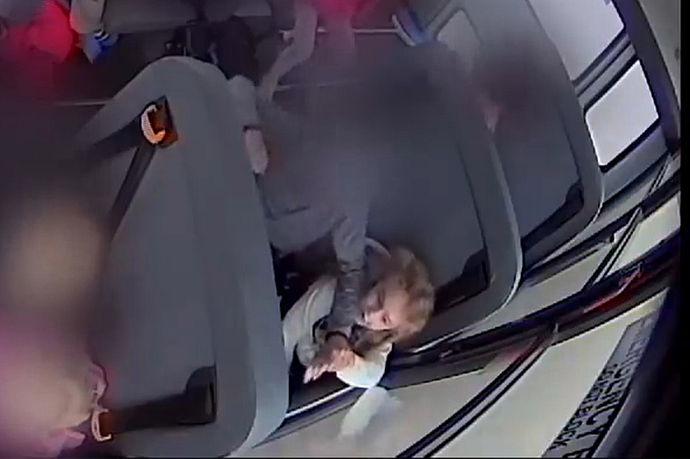 Audrey Billings of Dallas, Texas, was outraged when she learned of her 5-year-old daughter, Alexis, being violently bullied on her school bus. After paying $600 to the district to obtain the security footage, Billings was horrified to watch her young child be slapped, pinched, and pushed by three much older students. The attack lasted more than 10 minutes, until she was finally let off the bus and into her grandmother’s waiting arms. The most shocking part of the incident, claims the distraught mother, is the fact that the driver did nothing to intervene despite Alexis’ many cries for help. Billings has filed a claim with Child Protective Services against the driver, who was since moved to another route by the district. 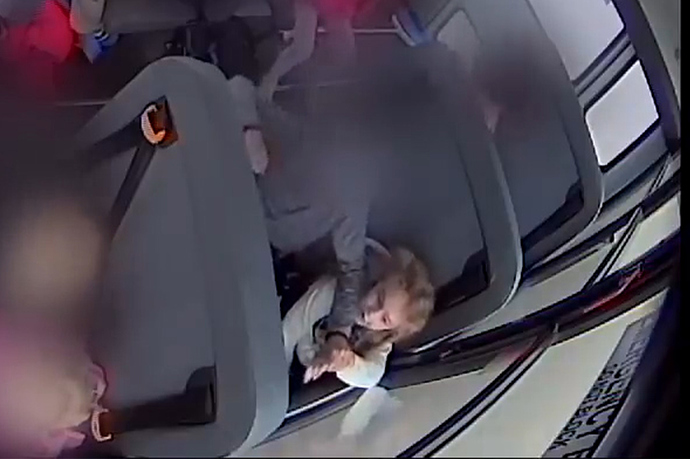 Audrey Billings of Dallas, Texas, was outraged when she learned of her 5-year-old daughter, Alexis, being violently bullied on her school bus. After paying $600 to the district to obtain the securi…

Just a young white girl celebrating diversity while everyone sits by and does nothing. She has no rights and the school made the mother pay $600 for the damn security video. Imagine if the rolls were reversed.

This is the type of stuff that gets my blood boiling. If I were that little girl’s dad, I would have made a visit to the dads of the girls who did this and nothing like this would ever happen again. Read between the lines on that.

Happy to see that justice was served.

Billings has filed a claim with Child Protective Services against the driver, who was since moved to another route by the district.

…driver, who was since moved to another route by the district.

…sorta like when the RCC moves priests to another church after they molest the choir boys.

I noticed the New York Post blurred the bullies to downplay the racial genesis of this incident.

NY Post is usually pretty based. They probably did that because the mongrels were minors and their illiterate parents didn’t consent.

They probably did that because the mongrels were minors and their illiterate parents didn’t consent.

Knowing how NY State law works that sounds about right along the lines of civil liabilities jeopardy.

The most bizarre thing to me in this disgusting story is that the mother had to pay for the footage. WTF??

For $600.00…they should have given her the camera and the recorder too.

I think if I were the dad I’d be concentrating my rage on the driver and let the police deal with the kids.

Legally they have to blurr out anything identifying about the minors.

The mother/father of the girl being attacked had the option of not blurring out their daughter’s image.

They need to sue this school district for millions.

Moving the driver to another route, that will fix the problem for sure.

Only way to get their attention.

Not sure…but if the driver intervened and even pulled the violent bullies away, the minority parents would have sued immediately and the bus driver would have been fired. I don’t blame the bus driver. I blame the lawfare in this country that prevents people from doing the right thing.

The driver should have moved the kid to the front seat to end the attack on the 5 year old, just like the old days.

I had a friend who drove a school bus. One day, the kids were acting out; so he just pulled over & told them he would not drive until they stopped. He was late & made sure the parents knew why. It helped. If a kid was being bullied, I know he would have immediately stepped in. Although he drove in a district not overrun with primitive knuckle draggers.