Funny that after repetitious pounding of the American press being “fake news”, your source will be dismissed. The truth is that some of the best news can be found on Press TV, CCTV, Al Jazeera and rt.

It may be better than CNN, and yet it’s a controlled opposition for Israel.

The best news is yourself when you listen to all the news or none at all.

I watch them too,but I always think how much they hate Jews.

Emphasis on the word ‘some’ in my post you’re quoting…

Between 1941 and 1945, across German-occupied Europe, Nazi Germany and its collaborators systematically murdered some six million Jews, around two-thirds of Europe’s Jewish population.

How many do you think were women and children?

Why on earth the Jewish generals in the German Wehrmacht did nothing?

I have read many time it is more like 8 million jews.

That’s a very odd comment. Number one, that’s one of the reasons for the US jumping into that war, not for us to become just like them, as that rather defeats the purpose. And long before we deployed FDR was concise in his instructions that the US would not bomb whole villages, towns or cities as Hitler was prone to do.

And others have read where it’s hundreds of thousands…

I have read many time it is more like 8 million jews.

According to the Red Cross at the end of WW2, 272,000 Jews died during WW2. This figure was accepted worldwide.

There weren’t even 6 million Jews in all of Europe at the time, let alone 8 million. 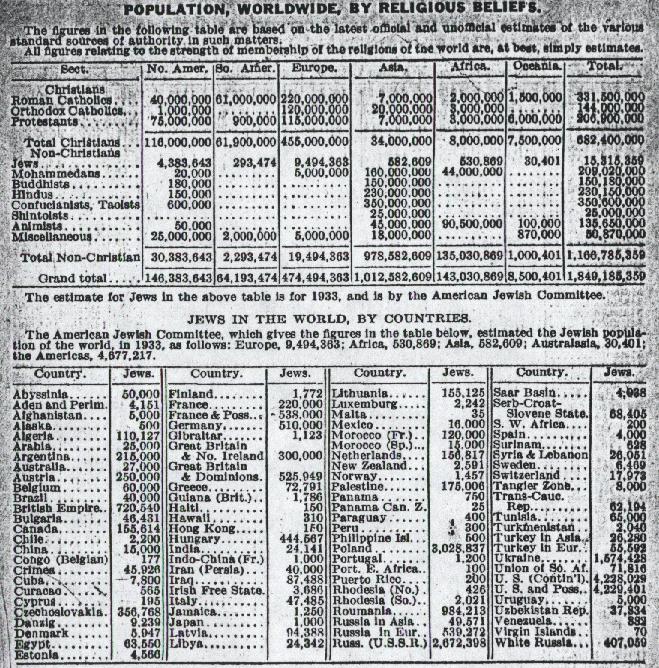 Causes of death: disease and malnutrition.

Why disease and malnutrition?
German railroad network had been severely bombed by the Allies and the camps couldn’t get sufficient medication and food. Before that, life in the camps was much safer than in big cities.

Germans evacuated the camps in Eastern Europe after the advancement of the Red Army began, because Germans knew that camp inmates would be killed by Stalin’s troops.

that’s one of the reasons for the US jumping into that war,

I have, when it comes to their print stories they are no better than Pravda under the Soviet System.

I agree. Dresden famous for porcelain - figurines. What a blow to Germany by stopping the production of dinnerware.

It’s a bit more than chinaware,

such as exquisite architecture for one thing. And you seem to be overlooking the firestorms which reduced an entire population to charcoal . . . and none of it necessary? FFS get a grip Jim, I had you down as being smarter than that.

FFS can you start another thread about your obsession with Soviet Russia? I mean, who the hell remembers Soviet Russia!! This one’s about Dresden!

I’m well aware of the atrocity; I was just being sarcastic.

This is believable: Five million of these were non-Jewish. Three million were Polish Christians and Catholics. It would be very sad to forget even one precious life extinguished so ruthlessly. It would be a tragedy to forget five million.

When the war was winding down, the Russians were just as evil as the Nazis. The only sanity ( if you can call it sanity ) came from the Yanks & the Brits. And even the Americans & British sometimes crossed the line. IN PICTURES: How German women suffered largest mass rape …