No one talks about the fire bombing of Tokyo and surrounding areas.

I know you’re new here, but that’s not true, that gets discussed here every once in a while and was a topic just a couple weeks ago.

Dresden had no heavy industry to support the military. It was a cultural city.
The whole purpose of the Dresden bombing was mass murder of about 100,000 women and children.

Fire bombing of Tokyo March 1945 was mass murder of civilians as well comparable in magnitude to Dresden in terms of death at about 100,000 in one night.

The mass murder of fleeing Iraqis (Highway of Death) by Bush 41 also occurred at around the ■■■■■■ festival of Purim (February-March).

Are these mass murders related? I don’t know.

We cannot judge the actions of 75 years ago by todays standards.

However WW2 was a different time with a very different society and culture.

It was a different time for sure. Can you imagine if things had turned out differently? We might all be speaking German and the grandkids of these brave soldiers wouldn’t be picking their own genders, demanding rights to sodomize one another, and dying their hair blue. What a total nightmare.

If you are speaking of “White people,” the Germans more than anyone is responsible for their (as in white people in general) current discourse today for all the wars they have waged throughout history! Imagine the soldiers who have died in previous wars if they had lived to have offspring, Europe would still be predominantly white today!

Yes, those pesky Germans wanting to unify their people and to be independent and not bound by the international banking cartels and the rootless cosmopolitans that run them. Really sinister stuff.

I am not talking about WWII, you have to look at the aggregate of wars that Germans throughout history have either started or were involved in, its a long timeline that dates back to Pre- Romans. At least be honest about it than to throw some emotion onto the fire in order retroactively gain sympathy for them. It was the Germans who decimated the white race by going to war against their own kind! That is an inconvenient fact for some who simply will not acknowledge it, including you!

Actually, America came very close to it (in the 18th century).

White Americans have German heritage in some capacity or another, and it is sheer madness that the US got involved in the wars against Germany, twice at that.

Goes to show the power of propaganda.
There is a book by that title written by the nephew of Sigmund Freud.

Yes, but ‘Dresden’ was wanton destruction designed to demoralise (or humiliate?) the enemy; and worse, given the human casualties, it was unnecessary destruction. A war crime in my book.

Especially, the victims in Dresden were women and children.

Why is it you just have to lie constantly and attempt to rewrite history to paint Nazi Germany as the victim? 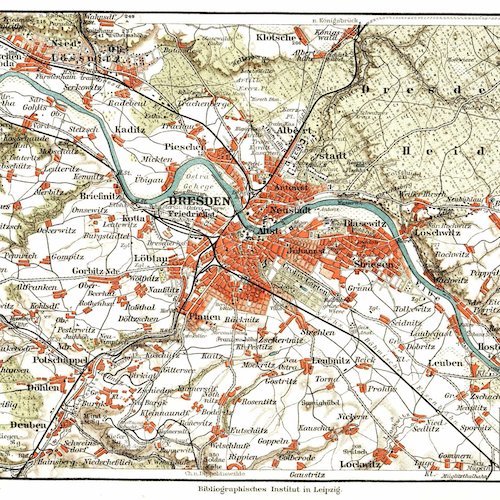 How do we know that Dresden was a legitimate military target? Dresden had militarily important rail lines and over 100 factories serving the Nazi war-machine. Dresden also played an increasingly critical role in German re-supply efforts as the...

Well that certainly is’t true. The majority of White Americans trace their ancestry to the UK.

Don't Believe the Lies About the Dresden Casualties - At Least 250K Were...

It is ironic that those who screech loudest about holocaust denial are 6 million times guiltier of being in denial of confirmed holocausts. It is because Allied holocausts are so undisputed that their only recourse is censorship ~ and denial. Across...

I agree. Dresden famous for porcelain - figurines. What a blow to Germany by stopping the production of dinnerware.

Ok that one made me hurt myself.

On one hand I think you are totally correct about news from Russia, but for the past five years I have been watching Russia Today TV service and I listen to Sputnik Radio on occasion.
I am astounded as to the different types of approaches RT delivers compared to CNN or Fox News. Their independent segments, like the Kaiser Report, Cross Talk and Watching the Hawks are truly advent guard news reporting and I highly suggest you watch on You Tube. But on the other hand, RT presented the most ridicules alibi when it came to the downing of the Malaysian airliner and a poor excuse justifying the annexation of Crimea. Check it out!

The part of your op that I quoted and responded to…