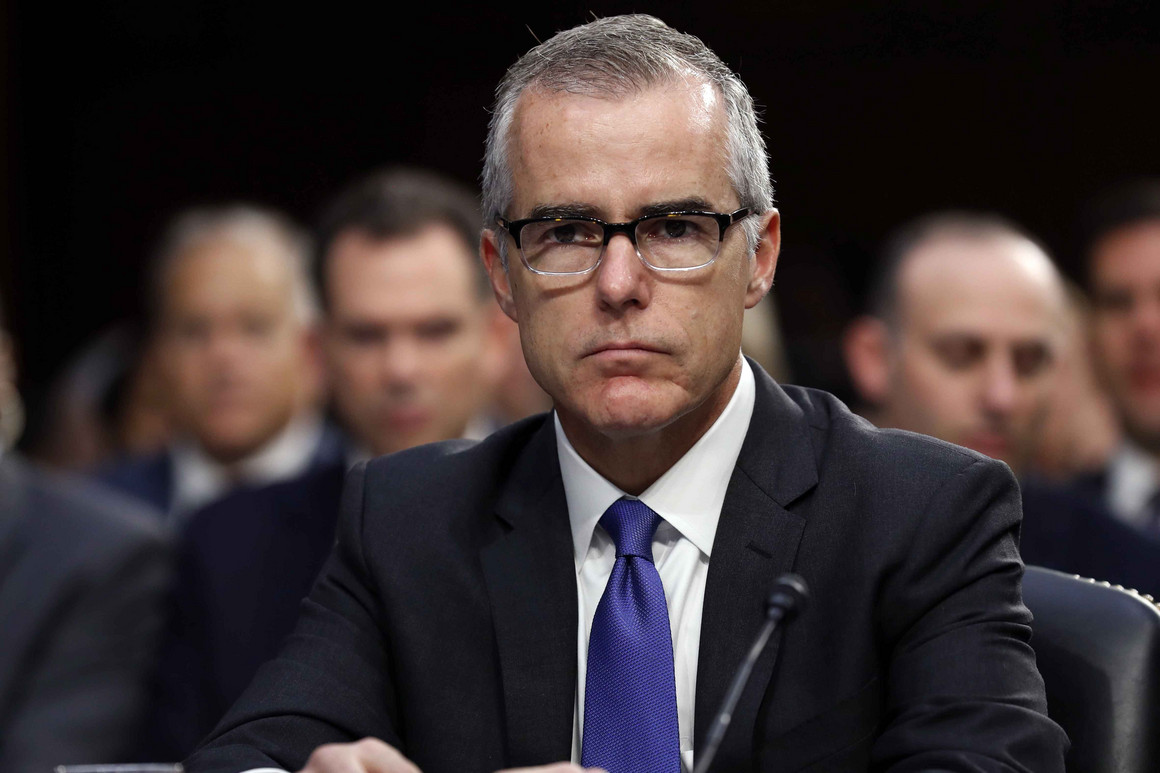 This double-standard is getting really tiring. This dude lied through his teeth any time he opened his mouth…and even when he didn’t. Regardless of that fact, the DOJ has decided to not bring any charges against this traitorous criminal bastard.

The Department of Justice on Friday announced it has dropped its criminal investigation of Former FBI Deputy Director Andrew McCabe.

His lawyers made the announcement on Friday morning.

Andrew McCabe leaked confidential investigation details and information to the media to “advance his personal interests” then lied about it to the Inspector General.

The Inspector General released a scathing report on McCabe in April 2018 stating he “lacked candor” following his illegal media leaks.

Only Republicans get convicted of crimes in today’s Justice system.

McCabe’s attorneys told reporters this morning, “We are pleased that Andrew McCabe and his family can go on with their lives without this cloud hanging over them.” 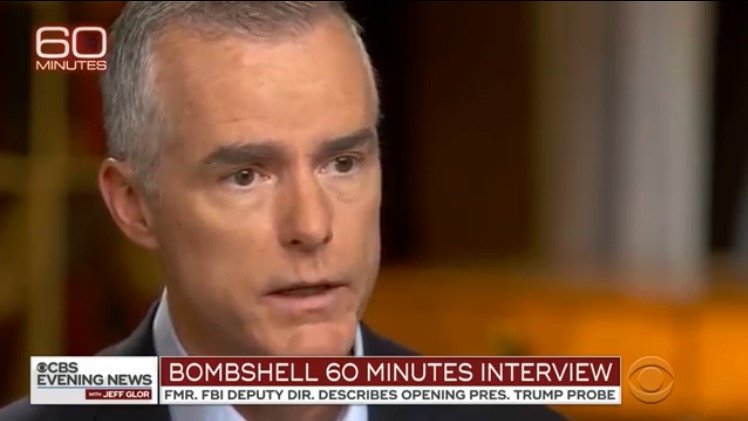 America’s Two-Tiered Judicial System Continues– The Department of Justice on Friday announced it has dropped its criminal investigation of Former FBI Deputy Director Andrew McCabe. His lawyers made the announcement on Friday morning. McCabe’s...

Can you even imagine being Roger Stone and hearing this news?

Meanwhile Barr says Trump is making his “job” more difficult. I say, i’ll believe these deep staters will be prosecuted when I see it.

Does this mean us average citizens can lie to the Feds without impunity since they don’t hold themselves to the same or higher standard? This just means that the FBI is no longer a premier law agency, just another backwoods police department.

Well I’m sure that makes Mike Flynn and Roger Stone feel much better. At least they now know that “lack of candor” is only a crime when a Republican is accused of it. DOJ refuses to charge a Democrat but wants an effective life sentence for Stone. Seems fair.

The DOJ/FBI doesn’t want a trial. If a trial were held, it’s likely that more truth would come and those two agencies won’t survive it. I believe the problem is much worse than we know and goes deeper than we think. If the whole truth were known, all hell would break loose.

This is complete bullshit right here and just goes to prove that our government is a sham and they just use the justice system for their political gain…and will ruin the lives of those they choose while the rest of us are made to obey.

Y’all do know that the grand jury, which we’re told would indict a ham sandwich, wouldn’t even bite on what was presented to them on Mc Cabe…

Probably covering their own asses and that of their fellow bureaucrats out of fear they might end up prosecuted themselves one day for even saying something that was incorrect with no intent to deceive.

Seems this is old news. The name Jessie Liu pops up again.

On the Mystery of the McCabe Grand Jury

We don’t know what happened before the grand jury this week in Andrew McCabe’s case. But the Justice Department knows whether grand jurors just told them to stand down.

We’ll never know because it’s illegal for them to leak grand jury testimony, discussions, deliberations, or evidence presented to a grand jury.

You’ll never know what if anything was presented to a GJ in his case.

Seems Liu did a great job in the Manafort and Stone cases, not so well in the McCabe case.

The deep state gets to walk free while our guys like Flynn and Stone get jailed and it’s unfair the game is rigged the system is rigged it’s unfair there is no justice there is only just us. These guys don’t play by the rules why should we? Qanon is a psyop myth meant to pussify everyone into not doing anything to take back our country from the deep state pigs and fake news media pigs and SJW pigs.

McCabe’s case was brought before a grand jury, and NO BILL.

Do you understand that Flynn and stone were indicted by a grand jury, subsequently tried and convicted. STOP being so damned partisan!

This really pisses me off! Michael Flynn was charged with lying and look what happened to him? McCabe was an FBI agent who lied and participated in the coup so how is this not outrageous?

I am so disgusted right now and no longer have any faith in this fat ass AG!

Well no that isn’t true. What’s being reported is they chose not to even vote on it.

This really sets up an appeal based on a clear civil rights violation under the equal protection and equal treatment under law clauses.

Glad you are see what the original Trump base has been saying all along.

I don’t know. What really gets me is the DOJ is so adamant about convicting and sentencing Flynn and then decide to drop charges against McCabe! This to me stinks to the core! The only way there is going to be justice is for the people to march into Washington and demand it!