Guess who the DNC Chief wants to add to its list of enemies.

Not only would the Democrat/Socialist Party love to silence Fox News and the NRA, but now CHURCHES are giving them hell.

The 11th Commandment:
Thou shalt not express political opinions in religious settings.

I like my:
NASV
M1 Carbine, 44 Mag S&W, Nagant, and my NRA membership
and how FNC beats the liberal media horde in the ratings

However, only one of those influence me.

Let’s take a stroll back through history and see how our history changes without churches pushing political views on parishioners has worked out for the US shall we?

No end to slavery.

It always shows their hypocrisy when we see them going after churches with primarily a conservative message while always ignoring those with leftwing or extremely radical leftwing message.

You may have forgot ,
No children molested
No priest hidden
No burning at the stake
No gay pride
No guilt trips
No Christians persecuted

No, I’m simply not making things up to bash Christians.

As much as the papacy would like us to believe the Catholic Church is not representative of all Christianity, they are in fact a minority among Christianity today.

Guilt existed and exists outside of an religious influence.

Burning at the stake has been quite popular throughout history long before Christianity even first arose. It’s as old as the idea of torture itself.

I’m fine with no gay pride.

How about we stick with the facts and can the christian bashing?

This is going to end in a revolution of some sort.

This is going to end in a revolution of some sort.

Let’s hope so. Otherwise I’ve been spending a lot of time and money stockpiling food, water, guns and ammo for nothing.

How about we stick with the facts

How about we stick with the facts 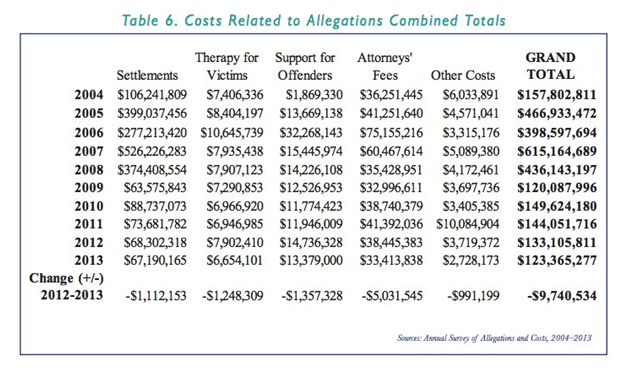 My greatest honor would be I am on the list of enemies to the DNC, I would not only celebrate the feat I would gladly share the accomplishment with everyone on social media.

Facts have only one side, the factual side.

And you think this somehow makes a point? Catholics are a minority within Christianity.

I have no love of the Catholic Church and especially it’s leaders.

I think you missed his point. Your one-sided assessment does not necessarily become factual.

Everything I stated was factual.

Sure it was! In your opinion, everything you state is factual.

Then dispute any of them with facts if you can.

Burning at the stake has been quite popular throughout history long before Christianity even first arose. It’s as old as the idea of torture itself.

No. You prove that the above is a fact and not just your opinion.

It dates back to ancient Babylonia 1800 years before Christ was even born.

The 18th century BC law code promulgated by Babylonian king Hammurabi specifies several crimes in which death by burning was thought appropriate. Looters of houses on fire could be cast into the flames, and priestesses who abandoned cloisters and began frequenting inns and taverns could also be punished by being burnt alive. Furthermore, a man who began committing incest with his mother after the death of his father could be ordered by courts to be burned alive.[2]

Even further in Ancient Egypt.

Recorded history goes back about 3000 years BC.

The term “throughout history” includes ALL of history…not just what happened after the 19th century BC.

Give me proof of the “further back in ancient Egypt” claim.

Read the next paragraph at the link.