DeSantis pulls into tie with Trump’s favorables in new Poll

This is going to ruffle some feathers with the known aloof sycophants!

Among those with a “very favorable impression” in the survey, it’s DeSantis over Trump 37%-35%, according to the analysis. 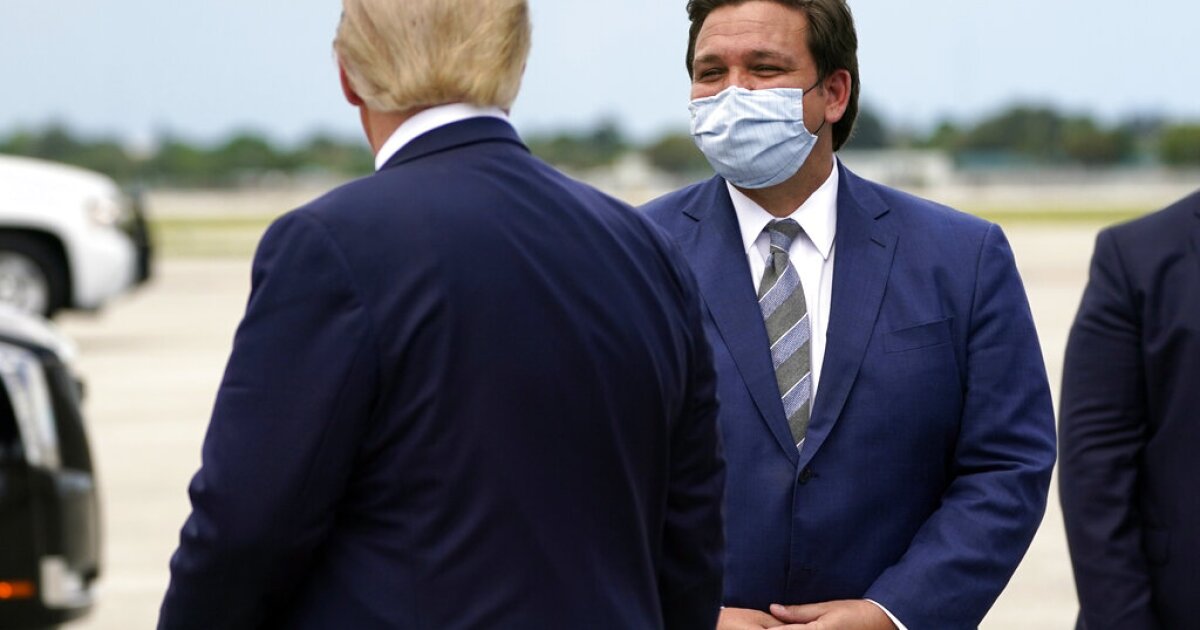 Florida Gov. Ron DeSantis, who weekly dishes up issues and victories on agenda items key to conservatives, has pulled into an approval rating tie with former President Donald Trump.

I, myself would support him , the way he has become a pain in the ass to DC.

I just found out a few days ago from a campaign that I am involved with that Trump is charging people running under the Republican ticket for his endorsement. It ain’t cheap either, which in my mind raises some serious ethical issues. The story surrounding JD Vance and the possibility of Trump endorsing him has some people pissed off right now in Ohio, especially Jim Jordan. Also it makes sense because he endorsed Dr. Ozhole recently who by all measures is one of the worst candidates to run for PA senate.

Let’s face it: Trump is dogmeat and needs to go away. He lost to Biden, the most pathetic candidate ever. He’s not going to do anything but be a nuisance.

2024 is a long way away. I don’t believe he lost to Biden just my opinion, however he is such a divisive figure to many that I am not sure him running again in 2024 would be good for the country. Much of the 202o rigged election was more about him listening to the wrong people to head off the pass the evil doers who sought to undermine his presidency which says we need someone who is going to be more savvy, more intelligent not to be fooled by the McConnell’s to rubber stamp everything and actually stand by constitutional principles. I see DeSantis more in that mold than Trump. Remember Trump used to be a Democrat so even though he says the right things, he is too easily manipulated.

Agreed, but he did not lose to Biden, no matter how many times it’s said.

Sorry to ruin the rino group club meeting…
everyone likes Ron. Ron will make a great president one day. But you don’t allow the deep state to steal an election, the fake news media to win.
You get trump back in, the criminal Enterprise will get exposed in 2024, trump running again will force the masks off the devils of our country.
Ron won’t do as much as trump when it come to the border, trump has nothing to lose, 4 more years, a America first agenda, maybe 15 more years of life. He will go out swinging. Ron will be impeached, Ron will be investigated, Ron doesn’t have the money or the lawyers trump has… trump needs to destroy the deep state. Which he will do

Oh please just shut up already with your calling everyone a RINO nonsense.

But you don’t allow the deep state to steal an election, the fake news media to win.

That is exactly what Trump did, sycophants koolaide drinkers like you can’t seem to admit it, a symptom of people not being honest with themselves to admit the truth. Surprise surprise!

You certainly don’t know that, while trying to disparage DeSantis because he is currently being viewed more favorable than Trump on actually being a true conservative and not kowtowing to the Republican party aparatus to which Trump got played play.

Ron won’t do as much as trump when it come to the border, trump has nothing to lose, 4 more years, a America first agenda, maybe 15 more years of life. He will go out swinging. Ron will be impeached, Ron will be investigated, Ron doesn’t have the money or the lawyers trump has… trump needs to destroy the deep state. Which he will do

Meanwhile people like you blowing wind at any chance at trumpeting Trump’s toots, he is selling endorsements to Republican candidates who can afford to buy them. Endorsing people like Dr Oz, Katie Arriginton, Perdue, and other questionable candidates who will turn around and stab him in the back. Sounds like a real winning America first strategy nonsense.

That is exactly what Trump did, sycophants koolaide drinkers like you can’t seem to admit it, a symptom of people not being honest with themselves to admit the truth. Surprise surprise!

How did he “allow it” he’s done everything possible up to going to jail… which they are trying to do, just for him talking about his options. You can name call all you want… your political views have autism

I don’t have time to explain this to people with limited scope such as yourself to look at things objectively. Do your own home work!

Name caling? You again with the false conflation when you started off by calling everyone here a RINO. Proving my point once again!

No obviously you know something that nobody else knows how Trump could’ve reversed the results, proved election fraud in the limited time he had with absolutely no help from DOJ, FBI. I know now you will blame him for the hires… but Monday morning quarterback his picks.

In fact I do know something that nobody else knows but you missed it because you are too triggered to have noticed instead focusing on making more excuses for your lord and savior. Trump had 4 years to address these issues but he failed on many fronts, including the COVID crisis, and mail in ballots, so don’t give me that shit he didn’t have enough time bullshit narrative. More excuses as usual!

Lol how did he fail on covid? You democrat? All you do is blabber democrat talking points no substance

All I do is blabber more projection on your part because you can never offer anything of substance here, which is why most here ignore you! Just look at what you write most of the time, you write on an 8th grade level with limited intellect! Yeah OK Einstein! Now that you can’t make any more substantive arguments you now resort to personal attacks. Showing your MO once again! Thanks you prove my point every-time you reveal your ignorance in every interaction while floundering like the great fish that you are!

You can deny it or excuse it all you want, but Biden is president. This is like Vikings fans saying that the “hail mary” pass was pass interference. I hate the Cowboys as much as anyone, but the Vikings lost.

What is the Viking fans changed the score because they really wanted to win… would that be cheating?

If your level is higher than mine than why do you keep rehashing by copying and pasting your dumb talking points all time and not come up with new material? You keep proving my point of you having inferior intellect when you resort to reposting the same nonsense here, and it says more than everything you are not capable of having thoughts that are diverse in thinking or have an abstract to converse on a higher educated level. I mean you couldn’t even define what American culture was, yet it didn’t stop you from attempting to do so while ultimately failing to put forth a cogent argument on the contrary. The fact you keep saying I don’t understand what Trump is getting in return for his endorsement nonsense only shows you don’t know much and don’t read much either and that you love vomiting your verbal diarrhea here on a daily basis because you have insecurity issues of needing attention. It never occurred to you that Trump is selling his endorsement? I bet you didn’t know that huh? But I am sure you will find another excuse to justify that too! Pathetic!

Go ahead and go back to your little echo chamber where you can apply your high school tactics of shallow rhetoric because everyone now knows who you are here, which is skim on substance and more hyperbolic vitriol because is soothes your already obvious insecurities.

Oh I appeared on Steve Bannon’s war room
Oh I went on a secret mission for so and so because I am a secret agent man
Oh The BIlls cheated because I predicted the Patriots will win the Superbowl and I am a sourpuss for losing a bet that i can’t and won’t honor
Oh I pissed on little Indian children on Christmas eve.
Makes up false conversations by inserting doctored screen shots
Changes peoples taglines to show their immature passive aggression
When losing an argument resorts to name calling
Lies about who they are by posting fake body building pictures taken from the internet and then claims it is them

Yeah we know what type of POS person you are these all your actions and behaviors you displayed here, which is all signs that indicate a highly insecure person who is looking fr validation on the internet.

I mean you couldn’t even define what American culture

No! Go back to your own words and the thread where we had that conversation, I dare you! I pretty much explained it to you in clear succinct terms, but you were out your league in understanding any theorectical concepts I brought forth. Try being honest with yourself for once in your life instead of cherry picking statements here to feed your fragile ego! 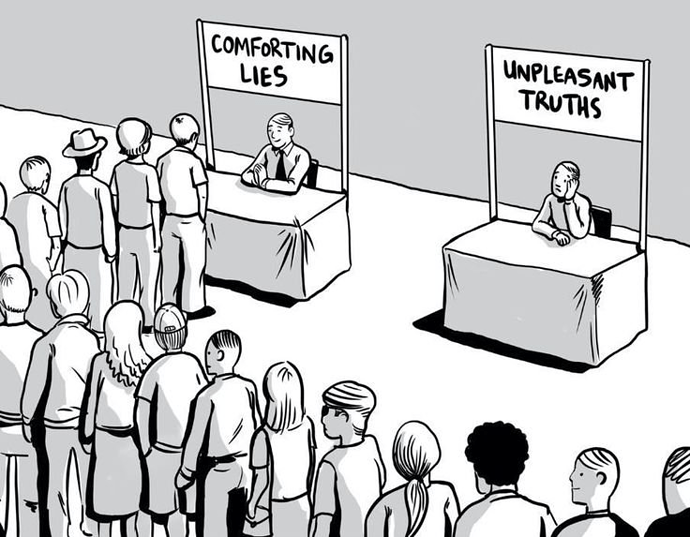