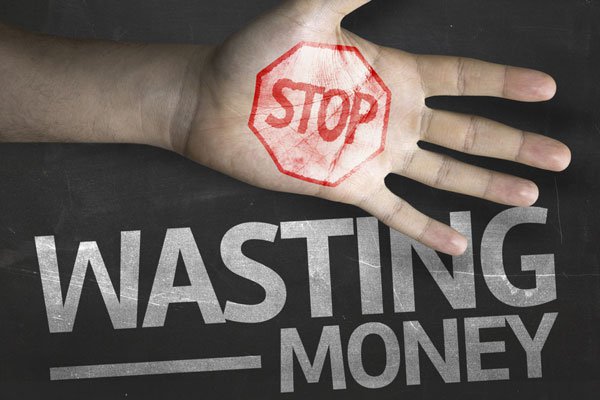 New York Democrats have passed a bill that will use millions in taxpayer money to fund college tuition fees for illegal immigrants.

The Democratic-controlled New York state Legislature on Wednesday passed the Dream Act, legislation that makes thousands of “Dreamers” eligible for government money to attend colleges in the state.

The bill, which has attracted praise from Democratic New York Gov. Andrew Cuomo, would cost $27 million.

The measure is “a slap in the face for all the hardworking taxpayers who play the rules and struggle for the costs of a college education,” Republican state Sen. Daphne Jordan said of the bill.

Jordan was joined by other Republican state legislators in criticism of the Dream Act, who argued it would unfairly take money away from legal residents who struggle to pay their college tuition.

The bill had been introduced in the New York Legislature before, but Republican control of the state Senate had prevented it from moving forward—until Democrats gained control of both chambers after the 2018 midterms.

“We do this as a symbol that you will be guaranteed an education and that the door to higher education is open to all children of New York State,” stated De La Rosa, sponsor of the bill and immigrant from the Dominican Republic.

While Cuomo has not yet signed the bill into law, he has expressed support for tuition for illegal immigrants and he has already included his own version in the state budget plan.

Passage of the Dream Act came one day after New York legislators passed a bill dramatically expanding access to abortion. The bill, which was promptly signed into law by Cuomo, allows women to have abortions after 24 weeks in situations where “there is an absence of fetal viability, or at any time when necessary to protect a patient’s life or health.”

I would NEVER live in New York or any major city for that matter, and this is just another reason why.

The Democrat Party salivates at every opportunity to pass bills giving free aid to illegal immigrants…all the while thinking, “We’ll have these illegal immigrants voting Democrat for the next 100 years!”…just like LBJ said of the blacks in 1964.

This is a smart move by NY. It’s an investment in the future of the state.

Votes…that’s all they’re interested in…votes at the expense of the American taxpayers.

Meanwhile citizens can’t even get forgiveness for their student debt from diploma mills. Makes perfect sense.

Yet here I am forking over thousands of dollars to pay for my kids college tuition/expenses with MY money. That I work for every stinking day.

What a damned idiot I am.

When are people going to get tired of having to not only support themselves, but those that don’t/won’t work, and those that are not even citizens?

So much of what Democrats do are in the form of “hidden” taxes (regulations would be a good example) so people don’t see it directly as a function of government. The fact is though in states like nj your combined taxes and cost of living make it economically impossible to raise a family unless you’re comfortably over six figures.

Good grief. This has to be a joke. What are ILLEGALS being given education for in the first place?

This is why we need to support DHS and border security.

D pandering and Robin Hood philosophy never changes, neither will a secure barrier.

Only when illegals outnumber taxpayers or is that the plan? Then who pays the bills?

From Wikipedia, the free encyclopedia

Jump to navigation Jump to search

The Cloward–Piven strategy is a political strategy outlined in 1966 by American sociologists and political activists Richard Cloward and Frances Fox Piven that called for overloading the U.S. public welfare system in order to precipitate a crisis that would lead to a replacement of the welfare system with a national system of “a guaranteed annual income and thus an end to poverty”. [1][2]

No. Trump University was not an actual university. It was not accredited in any way shape or form. No different than a Maxwell seminar.

This discussion is about actual college.

So you believe the future of New York state lies in illegal aliens?

People are leaving states like NY and California in droves. Where do they expect to come up with the money to pay for this? They can only raise property taxes so high before everyone decides to leave the state. This just won’t work.

The Democrat Party doesn’t care. They want socialism/Marxism/communism…as long as they are in control.

And the rest of us have to put up with their crap when they move here.

They’re going to regret this very quickly when they find themselves running out of money to pay for it and it won’t take that long for it to happen, either.

As someone who’s lived through the insane New York City governmental spending of the Liberal Left in the 1970s, I can tell you with absolute certainty that the money does run out and its usually sooner than later.

In the early-mid 1970s, after decades of an insane period of borrow/spend, New York City reached a point where it could no longer pay its creditors and went bankrupt and it was the first (but not the last) time an American city did so.

It’s now looking like New York State will be the first US State to go bankrupt. Let’s see how that works out.

yes I want to pay for some snowflake enrolling in some Transgender dance course in college and other stupid courses.

why do they have stupid and useless courses?