Democrats stole the election where is the coverage!?ll

I feel like I’m in the twilight zone lol

That is an unproven allegation.

You should be screaming for investigations into the fraud not saying the election was stolen which is inaccurate without proof.

It’s on video the accusations are on video! Are you saying they are all lying!?

His inauguration YouTube virtual audience only had 4000 likes lol

I said the allegations should be investigated.

Some of the allegations will be proven false and some may be true. Nothing can be done as much of the bidens has ben destroyed like the voting machines bing erased as well as logs that didn’t match in Michigan. That should be investigated and if fraud occurred the people involved prosecuted and jailed.

Well when Democrats have 14 year olds voting in the election in 2024 I warned ya!

Without conclusion and reconciliation in the election both sides will commit fraud and nothing will be done. 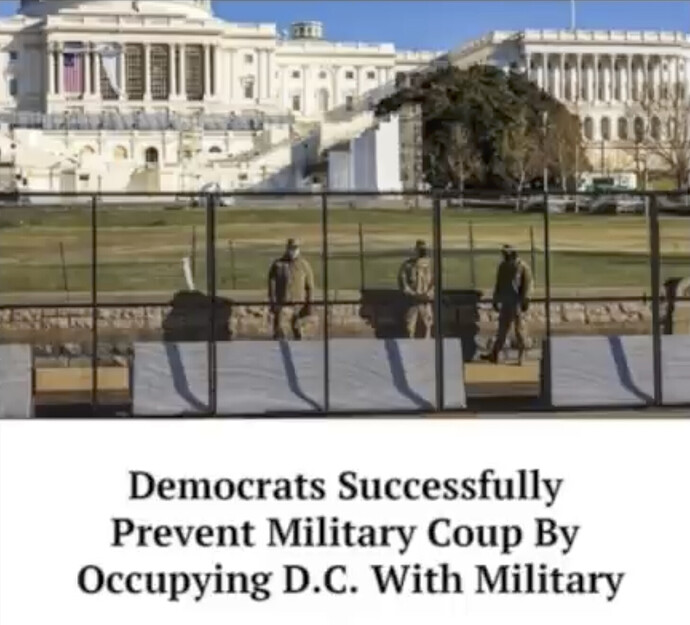 You are in the twilight zone cuz you’re an idiot that makes up things… lies about things
and posts things made up by liars trying to have idiots like you repeat the lies again and again
as you do…Nothing that you have posted has any validity NOTHING!!
God you’re a fool…can you really be that stupid huh I think so…GET IT YOU LOST EVERYTHING!!
DONNIE LOST YOU EVERYTHING…BY LYING LYING LYING…NOW YOU ARE FOLOWING SUIT…

Joey Bidet gave a speech the other night, which was obviously written for him by his Handlers aka The Shadow Politburo of The Neo-Marxist Totalitarian Regime that Joey Bidet and Kameltoe are the Puppets of.

Anyhow, so Joey Bidet gave this speech and I noticed on YouTube it had 3,500 and a few hundred views…ROFLAO 3.5k views and we are supposed to believe that this Walking Bag of Bones got 80 MILLION VOTES, that he got the MOST votes of ANY Presidential Candidate in the HISTORY of America aka since January 6 2020 as Amerikka.

ROFLAO! Right, what…EVAH. They should pull the other one, they literally think we ALL got off the fucking boat yesterday and are believing this TOTAL BULLSHIT about 80 MILLION votes.

Actually I think Washington DC is now a Military Occupied Zone until at LEAST Mid-March because the Communists are talking about putting The Opposition Leader aka Donald J. Trump on Trial in a Kangaroo Court, you know EXACTLY like they do in ALL Banana Republic Dictatorships.

Talking about Mid-March, perhaps Joey Bidet should be careful and remember The Ides of March…

Not ONLY that but check out how many followers Joey Bidet has on Shitter, I mean Donald J. Trump had NEARLY 100 MILLION FOLLOWERS on Shitter throughout his ENTIRE 4 years in office. 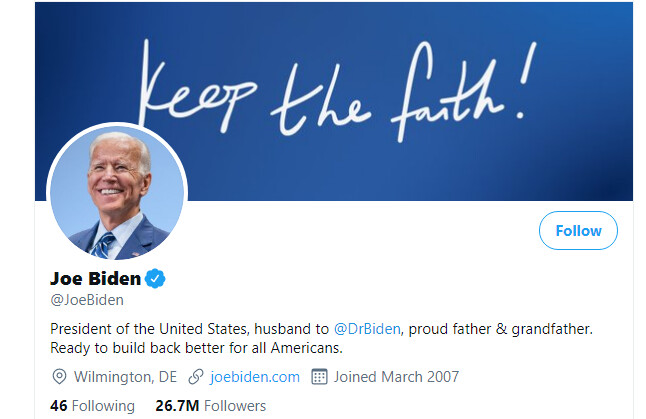 But Joey Bidet has ONLY 26.7 MILLION, VERY probably THAT is the LEGITIMATE amount of actual votes he got in the November 2020 Election.

The REAL Election result was PROBABLY:

Where is the MEDIA! Why is Biden walking off the stage not answering questions about the border crisis!?

Why didn’t we show up the the capital to protest the inauguration!? Because Democrats ordered military to shoot us!?

Where are the courts!?

Why aren’t we putting pressure on the courts!?

Why aren’t we protesting the political prisoners being arrested for taking funny pictures in the capital?

Aww because they pushed a few cops!?

Democrats are throwing explosives at cops every day and they tell the cops to back off!

Sick of living in a two tier justice system

Joey Bidet gave a speech the other night, which was obviously written for him

Care to point to the Trump speech that he ever wrote…

Care to point to the Trump speech that he ever wrote…

But trump had a option to edit, Biden has no choice but to read lol or he’s dead

That’s because you don’t understand that historically Americans don’t treat the president like a god. That’s a recent development…

And you can expect the GOP to improve upon the efforts of the left.