What they said then is not what they say now…now that Donald Trump is our President!

Is’t it wonderful how the media can quote Trump from decades ago yet they fail to report or quote what the left politicians said a few years ago???

I think the press should lose their status as “press” and the Constitutional protection that it affords. They are DNC propaganda and political issue advocates. They are not objectively reporting facts and events to the public. They only “fact check” if the politician is not one of their friends.

I certainly don’t disagree. We are seeing more and more of this every year. Why would the media give so much attention to a rookie congressperson/freshman with zero credibility?

Why would they give Nans and chuck the stage after Trumps talk last night. Can you imagine the media giving the right the same consideration after an Obama lecture?

I agree! It has gotten to the point that the press has become hostile and I for one am fed up with all media in general. That is why when I saw this today, I found it so refreshing to see someone fight back! 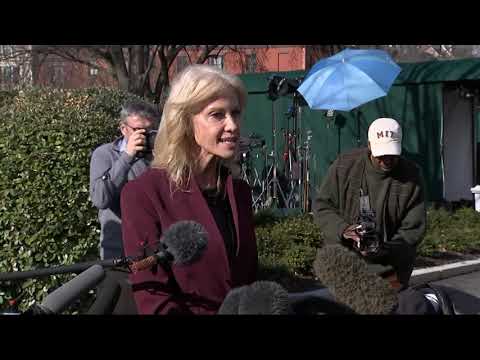 Is’t it wonderful how the media can quote Trump from decades ago yet they fail to report or quote what the left politicians said a few years ago???

Yes, they’re now just the propagandists for the Democrats. Schumer was lying back then, he’s lying now, big surprise. The real disappointment is that McConnell and Ryan wouldn’t get it done when they could have, and Trump didn’t hold their feet to the fire when he could have.

Jim Acosta is not only a smartass, he is an asshole!

Well the so-called press is doing everything they cam to crack repugs on goverment shut down standoff. My fear is if repugs crack…democrats will forever own them.

That is the collateral damage (unintended consequences) of the shut down…temporary economic hardships for some government employees and their families.

Juxtapose that with the collateral damage of open borders: death by murder to American citizens, death by accident caused by illegal alien drivers, rape of American citizens (including really young girls…and boys), drugs pouring in to addict American citizens and cause deaths by overdose, heavy economic burdens laid on our taxpayers to support the basic needs, health care and legal services to people that should not even be here…

I have sympathy for the government workers who may be struggling through this. It is totally outweighed by the consequences of a porous border.

All of the affected workers will eventually get their back pay. None of the victims of illegal aliens will get their lives back…or the lives of their family members killed.

The God-forsaken Democrats have switched sides…they now favor the perpetrators rather than the victims.

To HELL with the Democrat Party!

Juxtapose that with the collateral damage of open borders: death by murder to American citizens, death by accident caused by illegal alien drivers, rape of American citizens (including really young girls…and boys), drugs pouring in to addict American citizens and cause deaths by overdose, heavy economic burdens laid on our taxpayers to support the basic needs, health care and legal services to people that should not even be here…

And of course, none of that is covered by the propagandists of the news media. The collateral damage I get just to check out the local news is sob stories about some illegal who got picked up up for deportation driving his wife to the hospital. It makes my blood boil. 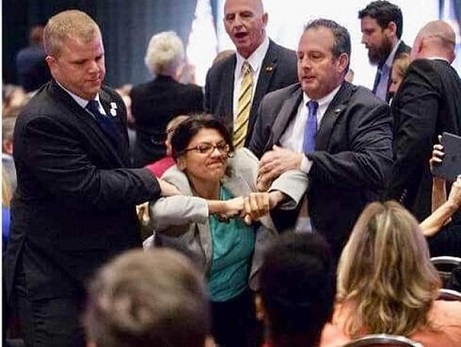 They already do own the Republicans.

What did the Republicans do with the majority that they had when Trump took office? Of course this is a rhetorical question because we all know the answer to it…they pissed it away.

That’s because “the media” worldwide is now owned by a total of six companies. The press hasn’t been the press for several years.

What, you think all these big corporate buyouts and mergers were just a coincidence? The owners have just been consolidating their power.

Very sobering points you make and couldn’t agree more. So what’s a little short suffering in order to secure the country you live in for longer term future stability of its citizens? The false equivalencies being presstituted to the public as a means for justifying not solving this problem is just astounding!

My fear that politicians will use crimes committed by illegals as excuse/pretext to trample on our Constitutional rights. Like gun violence etc.

Which goes back to drug war or patriot act. They drum up some excuse/need to justify goverment laws/existence.

I hope this make sense.

What did the Republicans do with the majority that they had when Trump took office? Of course this is a rhetorical question because we all know the answer to it…they pissed it away.

Of course because you have the COC chairmen Tom Donahue pulling Mitch McConnell and the decepticons strings. Why do you think Romney wrote that OPED in the WPO? He was told to by McConnell and now was rewarded with a position on the foreign relations committee in order to create mischief to protect the interest of the big club! Think about why the border issue is one that goes unsolved? The NAFTA deal that was renegotiated to be USMC goes against their interests, (think China, McConnell’s wife and the loopholes in the trade agreement that was exploited so that politicians like McConnell and Ryan prospered greatly, as well as Romney) Literally trillions of dollars are at stake and Trump is killing their golden goose! The wall and Border security pretty much ends that cash cow for them, and the democrats belong to the same club, aside from the fact that more immigrants means more votes for them, but its the RINOS who purposely allowed the republicans to lose the mid-terms to the democrats in order to thwart Trumps agenda. The cycle is never ending in a sea of corruption known as DC and both parties belong to the same side of the coin. (No pun intended) It does make sense, and the entire gun grab issue has been a fight that has been going on for quite some time. Just look at Virginia where they are set to ban assault rifles and magazines over 10 rounds, and now they want to make it even harder to be able to own a hand gun as well. The NRA is also losing some battles something the left has been apt to chip away at for quite some time in order to reduce their lobbying power, Wonder why we don’t hear about the follow-ups on the perpetrators who commit such mass shooting crimes? After its usefulness has been exhausted then on to the next crisis. As Rom Emanuel said, “don’t let a good crisis go to waste.” Funny how that worked with Chicago still leading the way on black on black homicide rates, but certainly it never fit the narrative for main stream media to use it to their advantage!

Umm, the press doesn’t have any constitutional protection that everyone else doesn’t to begin with.