DARPA Brags They Can Exterminate Humanity With Deadly DNA Bioweapons 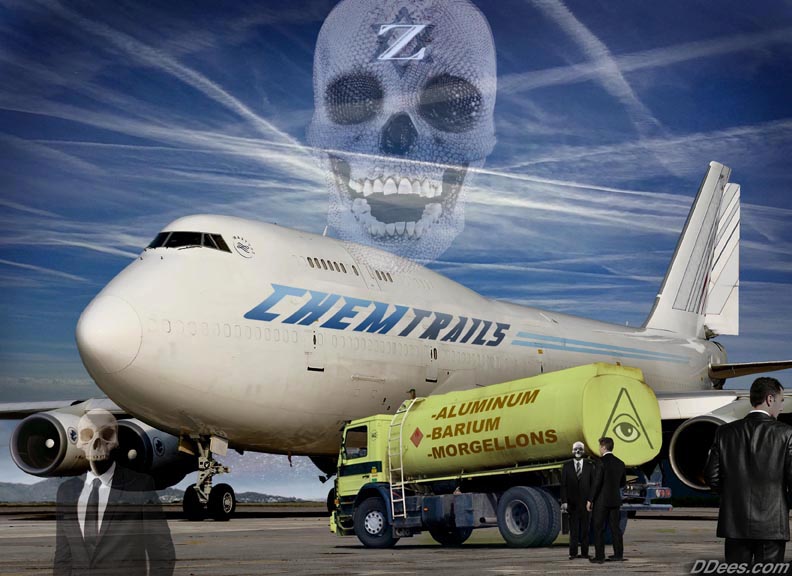 One of the most dangerous experiments that mankind has ever embarked upon is DARPA’s desire for gene drive technology. Scientists now have the knowledge and the tools they need to create and deliver “Doomsday genes” which can selectively target and exterminate an entire species.

According to Sputnik News, and as previously reported by SHTFPlan, the United States highly-secretive and advanced military research body DARPA (Defense Advanced Research Projects Agency) announced that it will invest tens of millions of dollars into genetic extinction research. While the official aim of this research is said to be fighting harmful insects, like mosquitos which carry Malaria, there are significantly darker implications and speculations surrounding the possible use of such a tool. 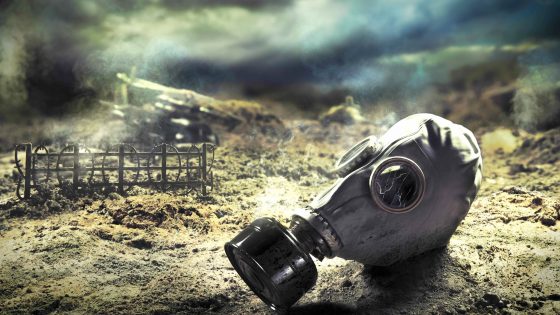 US Military Invests In 'Doomsday Genetics' Technology: 'My Main Worry Is That...

Amid United Nations fears that genetic extinction technology could be used by militaries, a United States military agency has invested $100 million in the doomsday biological technology that can wipe out an entire species.

Joe Joseph of The Daily Sheeple said a quick Google search would give you enough information to let you know how horrific this kind of technology can be.

“…and you’ll find it fascinating just at how unbelievable a weapon this could be, how unintentionally mistakes can be made that can cause irreversible damage… irreparable damage… to the human race. And I mean, FAST!” Joseph said.

“A gene drive… if let’s just say there’s a mistake, you could feasibly wipe out the human race in a very very short period of time. It’s an unbelievable tool at the disposal of madmen.”

And folks, mad men we have become. Make no mistake about it. 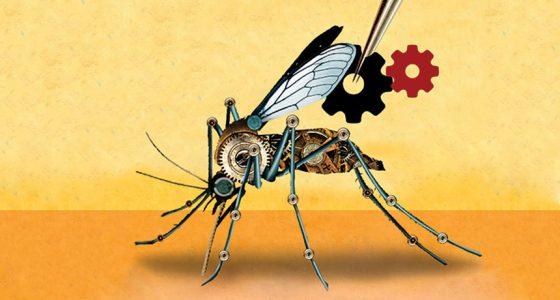 DARPA Can Exterminate Humanity: "You Could Feasibly Wipe-Out The Human Race"

I don’t find this very shocking. It’s what governments do. They build bioweapons and nuclear weapons in the event that they ever need to use them.

You don’t know what “highly secretive” is.
You have never even caught wind of real “highly secretive” government research organizations. DARPA is out in the open and their budget is reviewed by large numbers of Congress critters.

You need to be more concerned with nefarious scientists that are working for countries that are on record as wanting the annihilation of certain groups of people. Does that ring a bell, ding a ling? 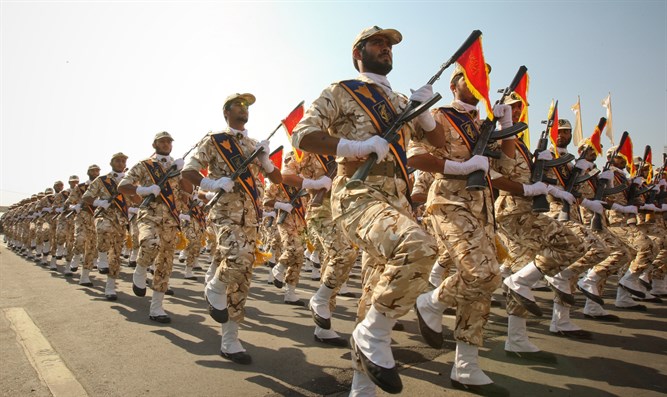 Thousands chant “death to America” and “death to Israel” as they protest US decision to blacklist Revolutionary Guards.

Global warming, mass antibiotic application, filling the planet up with plastic and now add DARPA to that list. Gotta give humans credit…our commitment to suicide is deeeep.

I corrected your title. DARPA did not brag that.

Ah… so your title was returned to the lie by KVN. Cool. Eventually the curtain is pulled back here and we see who is who and what is what.

I returned it because you are intentionally trying to provoke a fight in this thread. If you want to call me out publicly I got no problem going toe to toe with you.

Before you changed the title you were attempting to derail the thread and get people talking about Israel. Isn’t that what you and your pals get so upset about?

WTF woman? Who talks about exterminating anyone? Not DARPA. IRAN is the only country I know that talks openly about death to an entire nation of people.

The topic is about exterminating people…That is not derailing if I mention the subject in the context of a nation that has vowed to exterminate Israel and the US.

The title is a lie.

Perhaps you didn’t feel like DARPA was bragging about their bioweapon capability potentially going haywire and wiping out the human race. Why not talk about that and explain your rationale?

This thread was not about Iran or Israel in any way. Now quit trolling. Or, don’t complain when you get what you are after.

… and then they use them.

Have you ever seen the old SNL skit where they’re at some talks and each side brags about having the biggest button?

There seem to literally be people who cannot stand that God has the “biggest red button”.

Yes. Of course I read it. Obviously you did not. DARPA did not say that. Someone else did.

Careful… this thread is not about buttons…or God…or SNL.

Correct, it was not an official communication from the DARPA public affairs office. The gene drive content referenced came from DARPA through FOIA:

Emails released under the Freedom of Information Act (FOIA), suggest that the U.S.’s uber-secretive military body, DARPA, has become the world’s largest funder of this “gene drive” research .

Nonetheless, the OP was specifically about the technology that DARPA is working on and the potential negative consequences that could result from something going wrong with that technology.

It had nothing to do with Iran or Israel so don’t bother trying to bait people into a fight. If you don’t like the title of the thread make your case. Changing the title without any rationale is the same as vandalizing a thread.

I made my case.

“DARPA brags” is a lie.
In neither a written nor verbal public or private communication did DARPA ever “brag” or even claim less pugnaciously what the title says.

No DARPA FOIA documents are quoted. No DARPA spokesperson is quoted. Nothing stated is from DARPA.

But the OP sure did find a naive and willing believer in a powerful position here! LOL.

My position isn’t to believe or disbelieve. That’s why I don’t post. It’s to provide the left and right limits on what is a very wide road.

Everyone who is a founder has an advanced trust level and can take actions that are generally reserved for moderators, such as changing titles (and URLs). It’s not to be abused.

Before you changed the title, without explanation, you posted blatant bait to provoke yet another argument about Israel in a thread that had NOTHING to do with Israel. I imagine that if some folks took the bait it wouldn’t be long before the complaints came rolling in. Let’s not play these games.

Everything is ultimately about God.

But I couldn’t think of a Mel Brooks skit to fit the bill.

Ahhh… you are the sly one. Mel Brooks… born Melvin Kaminsky. KVN is gonna spank.

The Russians seem to be concerned over our experimentation with DNA…and mosquitoes. 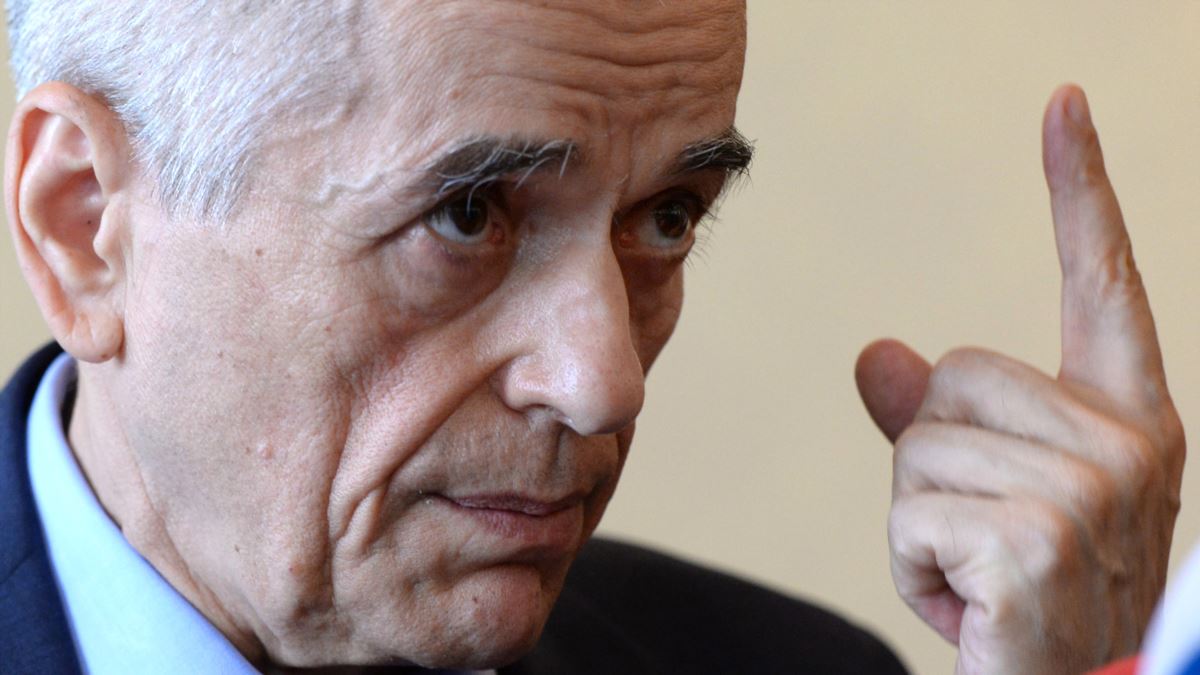 Speculation by Russian lawmakers that the West is collecting Russian DNA to devise a biological superweapon gets shorter shrift from people who aren't Russian officials.

Rather than changing the DNA of the mosquitoes, they are worried we may use mosquitoes to spread virus…in Russia.

What easier way to spread a blood-borne diseases?

For the record… and after reading the thread… I don’t see any evidence of any “bragging”. So I agree that the title is BS (click bait?). That said, the government, our government, is always working on … or rather investing taxpayer money in… ways to destroy the world. Nuclear weapons come immediately to mind. What difference does it make ‘how’ humanity is exterminated ultimately?

Yes, the potential for misuse is always there. Always has been. But let’s not obsess over all of the ways that extermination could possibly come about… when in the end, I do believe it’s going to be God’s choice as to that “how”… and to the “when”.

I tend to worry more about the illegal invasion ongoing at our southern border… and all of the potentially disastrous diseases that are coming into our country as we speak. Realty (vs. fantasy and/or what ““could”” happen) sucks.