https://www.foxnews.com/entertainment/cnn-msnbc-ignore-explosive-misconduct-allegation-against-biden
Can you recall the Brett Kavanaugh hearings were dems filed 83 ethics complaints ? CNN and MSNBC were on it 24/7 for weeks . And now creepy Biden is accused and we get crickets !
Where are these “ finders of fact “ ? How long will CNN and MSNBC run interference for the corrupt dems ? 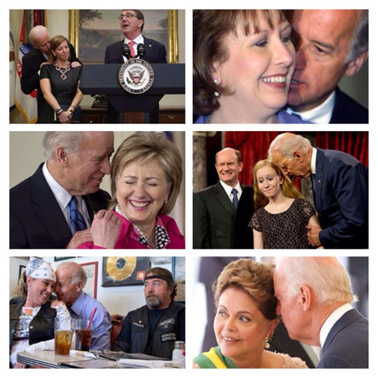 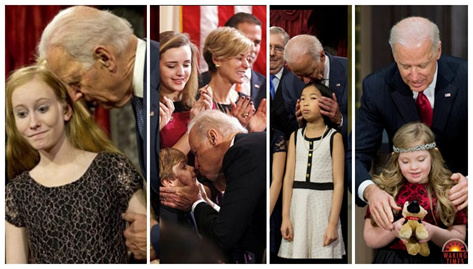 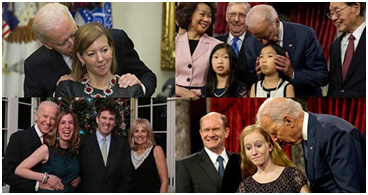 Ugg. He makes my skin crawl.

There’s photographic evidence of Uncle Joe palming women and young girls yet the protective forces of bias, fake news media are at play 24/7 when it comes to the liberal side of life.

What even happened to true journalism ?

Ugg. He makes my skin crawl.

If this perv acts this way in the public eye can you even imagine what he does in private ?

Looks like it is okay because he gets his jollies in front of a crowd and cameras while everyone has a smile plastered to their faces.

The hands on the shoulders thing is really telling. Clearly Dems could not care less about women. Their fake concern is always simply a political target of opportunity.

This guy has a real groping problem. With everyone getting the #metoo treatment how the heck did this creepy old pervert get away without a single accusation?

With everyone getting the #metoo treatment how the heck did this creepy old pervert get away without a single accusation? Why Joe Biden (& This Throwback Pic) Keep Showing Up in 'Mind-Boggling'...

Former Vice President Joe Biden has been popping up all over online dating profiles in the Washington, D.C., area, according to the Washington Post 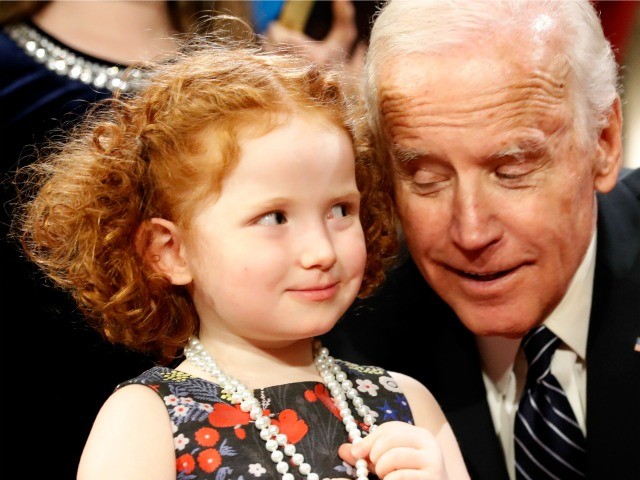 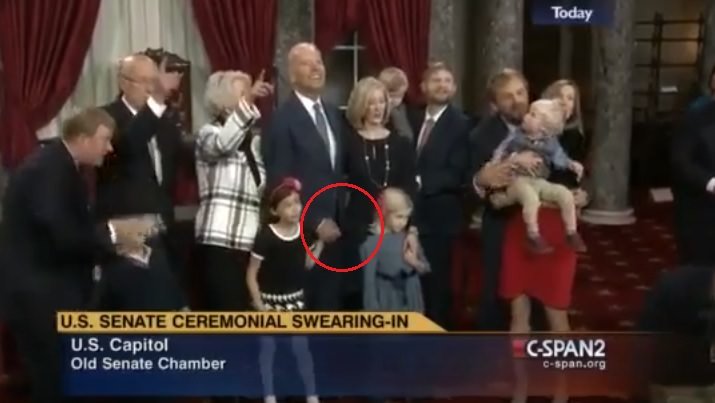 Former Vice President Joe Biden was filmed forcing a young girl to touch his crotch during a ceremonial Senate swearing-in session at the Capitol on January 6, 2015. The video by C-SPAN shows the startled girl recoiling in shock at what she was... 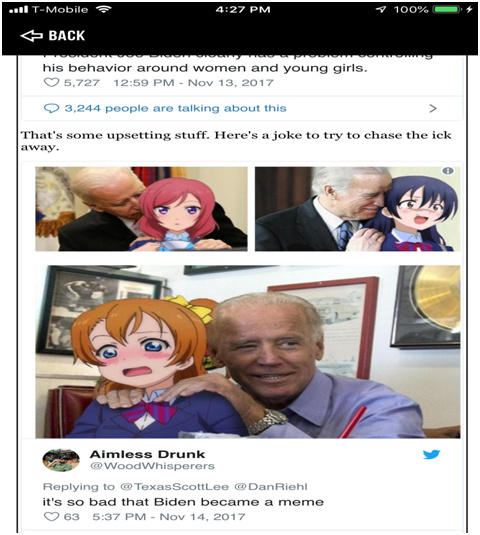 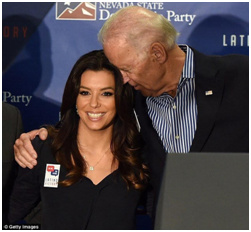 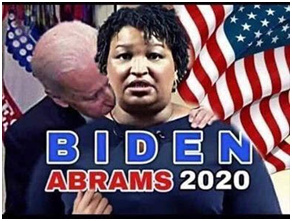 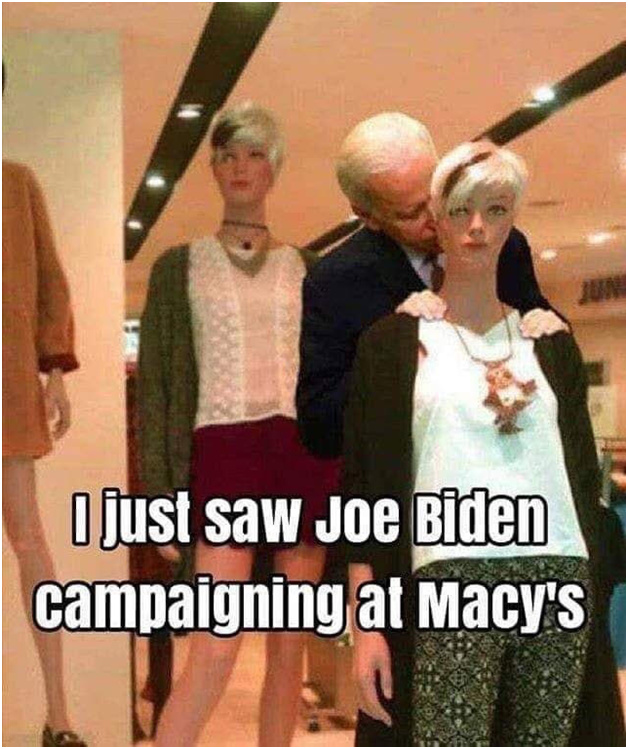 If those lib women had any integrity, they would smack the shit out of him the moment they felt his hands on them… even at a public event.

If those lib women had any integrity

They DON’T !!!
Have you seen any of those Hollywood reptiles come out yet ? Where is those Women day marchers ? Where is that "nasty women " yelling in that megaphone ? Where is he-man hairy Rosie O ??? No CNN , NO MSNBC , NO Cuomo ,Lemon , Anderson , No Hillary , Schumer , Nancy , pencil neck Schiff , No DNC , where the f*** are they NOW ??? The former vice president’s attempt to rebut her story without dismissing it — or her — illustrated the #MeToo-era challenges that await a 76-year-old known his close physical contact with women. 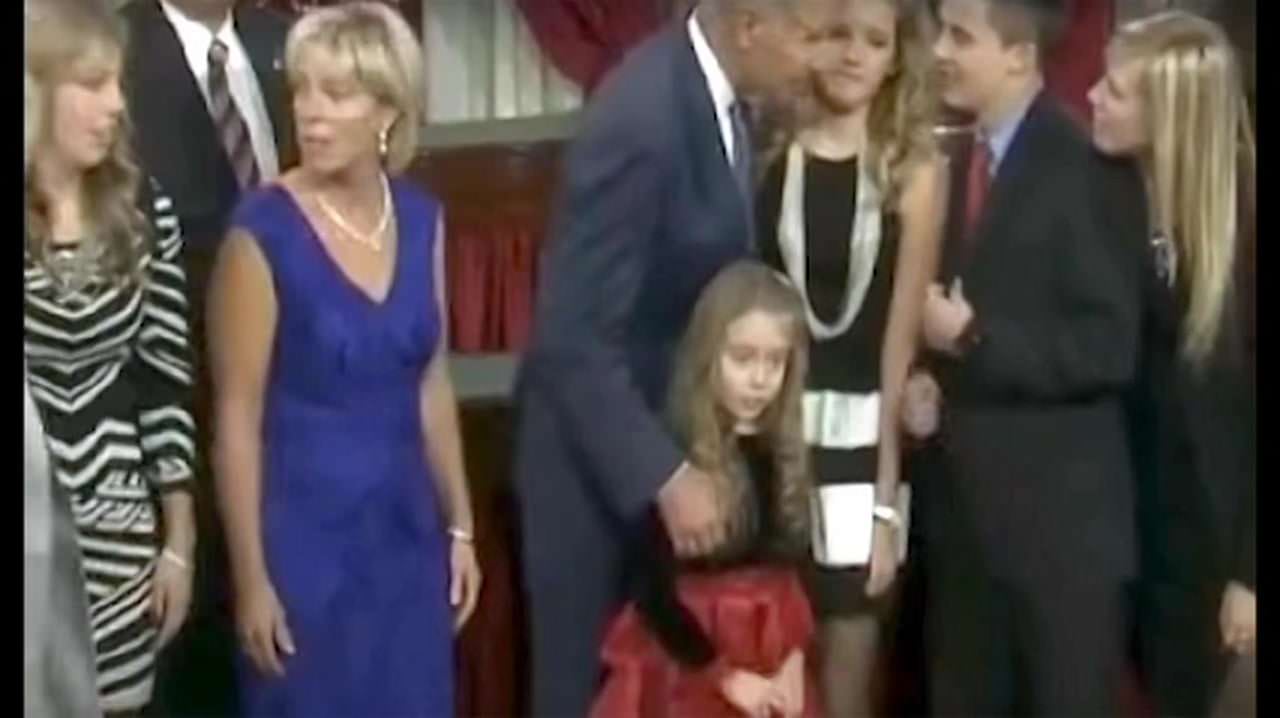 Former Vice President Joe Biden has a reputation for being handsy and a hugger with women and girls; being quite shameless about intruding on women and girls’ personal spaces. The media treats that aggressive sexual behavior as ‘Biden being Biden‘... 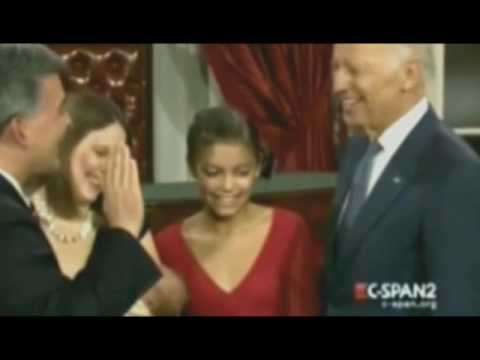 “not once — never — did I believe I acted inappropriately.” We get that Joe , that’s why you are a CHILD MOLESTER and a PERVERT !!!

Honestly, in a setting like that if you did that people would look at YOU like you are the crazy one.

That is why Joe gets away with it.

I would like to see a woman carefully and calmly remove his hands, turn to him and say, “you are being inappropriate”, then move on as if nothing more about him was worth her time or attention.

In a statement on Sunday, Biden said it was never his intention to make women feel discomfort and if he did so, “I will listen respectfully.”

As he said it today, maybe it’s an April Fools Joke. 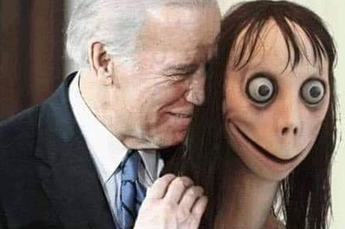 I suppose you are right. And I will modify my post earlier… the hands on shoulders is arrogant and controlling… not creepy. It’s the nuzzling that is creepy.

“Creepy” is not a strong enough word for this guy.