CO AG: Sheriffs Who Will Not Enforce Gun Confiscation 'Should Resign' 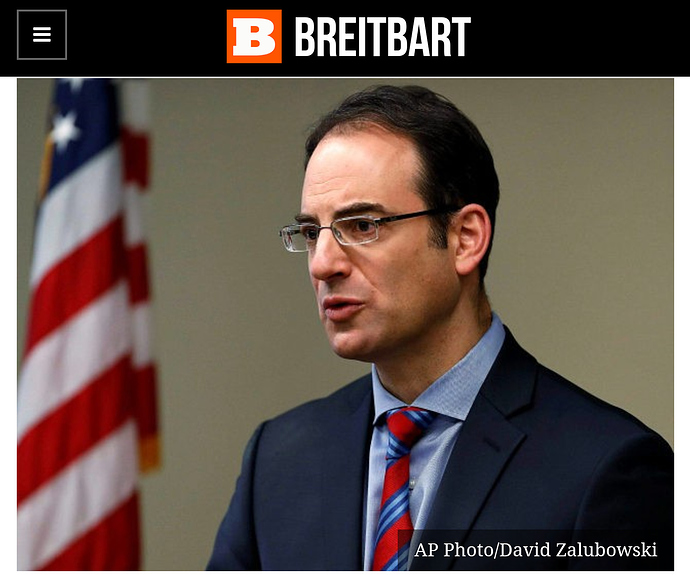 I have a better idea. Politicians who would trash our Constitution should resign their offices, instead.

Democrat lawmakers are pushing a red flag law that will allow a court to issue confiscatory order empowering police to go to a gun owner’s home and take away his firearms. As of March 12, 2019, ten Colorado counties had declared themselves “Second Amendment Sanctuaries” to signal that they would support their sheriffs in refusing to enforce the confiscation law.

Numerous sheriffs have subsequently taken a stand against the red flag law, and the Colorado Sun quotes AG Weiser saying those sheriffs “should resign.”

Weiser said he expects the law to be challenged in court, where he believes it will be upheld. Once upheld, he said sheriffs will be obligated to enforce it.

But Weld County Sheriff Steve Reams sees it differently. He told Fox News, “If you pass an unconstitutional law, our oaths as commissioners or myself as the sheriff — we’re going to follow our constitutional oath first.”

Logan County Sheriff Brett Powell said, “It’s time we quit trying to put lipstick on a pig and start funding our mental health facilities, instead of trying to take the rights from our people.” 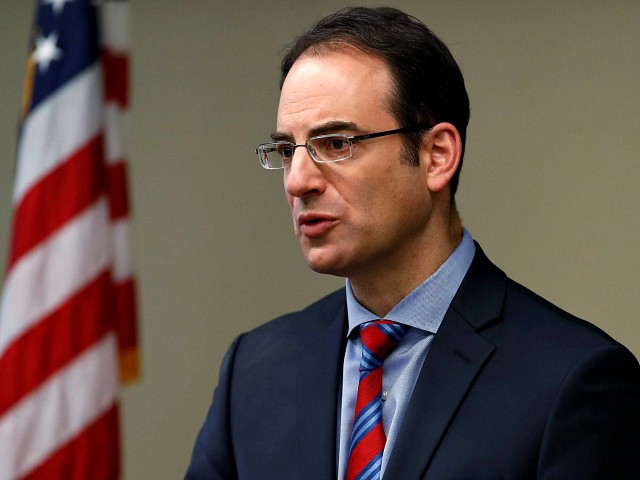 CO AG: Sheriffs Who Will Not Enforce Gun Confiscation 'Should Resign'

2 Likes
After Multiple Reports About New Zealanders Turning In Guns, Guess How Many Actually Did It?
Claire March 21, 2019, 10:45am #2

Sorry, Mr. Weiser, but county sheriffs were elected by the people of their county, and are accountable only to them.

NOT you. Sorry that you’re in the uncomfortable position of having to enforce an unconstitutional law. Maybe you should resign.

Sheriffs and everyone else should refuse to enforce unconstitutional laws. Of course, the guy who wants them to do it anyway is part of the leftist totalitarian set, so he’ll push to disarm the peons no matter what the constitution has to say on the matter.

The really sad part of the story is the sham the democrats have made of law making. The hearings in the Senate went on until the small hours in the AM with most people speak against the red flag law. The passed it out of the senate and it will pass easily with a senate majority and the progressive governor will certainly sign it.

The pool in colorado gave the government 100% to the democrats and deserve every leftist progressive bill the get shoved up their azzes.

Colorado like many places is 2 different worlds, the cesspool liberal cities and the rural areas where they have BS laws shoved down their throats.

Colorado is a perfect example why California lefties shouldn’t be allowed into your state! New Yorkers are doing the same to New Mexico. This is among many other reasons why I hate liberals! Everywhere they go they spread their pestilence and ruin it for everyone else!

This illustrates the problem with conservatives moving out of cities. If all conservatives abandon cities in fever of a suburban or rural area, then our voices will consistently get drowned out and the cities will control our life even in the suburban and country areas. It’s a really crappy situation.

This explains how conservative states are being turned.

Laws are enacted according to popular opinion and can’t be deemed to be illegal for frivilous reasons such as irrational love of guns without any barriers.

It’s probably time to amend the US constitution in order to cause it to reflect the demands of modern society. That wouldn’t be calling for any infringement on anybody’s rights.

I should mention now that I’m a Canadian.

My comment is self explanatory and needs no further clarification. You just don’t seem to want to accept my description of some gun laws being frivolous irrationality.

And besides, rationality has been long ago thrown out the window as your highest court in the land now bases the majority of their opinions on politics. Does Trump not take great pride in owning the Scotus?

I’m a Canadian and my opinions will have no effect on bringing you Americans back to some semblance of normal. But I think you should at least hear what the rest of the world is trying to tell you Americans.

Ah, the comedy value of someone believing that the Left hadn’t corrupted and subverted the Court long before Trump.

You just don’t seem to want to accept my description of some gun laws being frivolous irrationality.

All gun laws are frivolous and irrational. Gun ownership is a right enshrined in our Constitution.

And besides, rationality has been long ago thrown out the window as your highest court in the land now bases the majority of their opinions on politics. Does Trump not take great pride in owning the Scotus?

We need one more conservative on the bench before we can truly own it. Thankfully RBG doesn’t have much longer to last. No one has actually seen her, so she might just be dead. I’ve seen articles that she’s been back at work, but no one has seen pictures of her. Anyway, that’s a theory for another topic. Regardless - once she drops then conservatives will own the court and nullify the leftist views of the Obama appointees and the Chief Justice.

I’m a Canadian and my opinions will have no effect on bringing you Americans back to some semblance of normal.

You live in one of the most cucked virtue signaling countries on the planet. Weed boy is embroiled in total scandal and has flooded your country with the third world (which you guys actually didn’t want you just wanted to say you did). Canada is a joke.

True enough about your Scotus being corrupt. At least we can agree on that!

Yes, the corruption started before Trump when the Republicans stole Obama’s nomination. And now Trump has completed the process by loading the Scotus with far rightists.

The far right Scotus will now go on to make changes in your country that can’t be tolerated by even US society, if they get away with their desired plans. Abortion is one example of a problem that the people will solve for themselves, regardless of the extreme right slant of their supreme court.

It could lead to the use of coathangers and knitting needles again, and exactly the opposite of that which the religious right claims it wants.

Only what they ‘claim’ they want because they know that forcing their will on the people will have the opposite effect.

Try doing a google search for “The happiest countries in the world”, then tell me what you learn.

I think that if you think you’re happy then you have been brainwashed into believing there’s still hope for the American way.

You have the luxury of learning at your own speed that you’re being cheated by the rich and powerful. It’s your lives you choose to squander away.

I think that Bernie and his ideas of ‘socially responsible capitalism’ is already defeaated by the establishment Demo party. Maybe next time?

That means 54 counties in Colorado would enforce gun confiscation…I find that worrisome.

I think you should worry about your own country first before opining on ours. You guys have a feminist leader who can’t negotiate a trade deal if it saved your life! Your last GDP reading was 0.1% with an economy tanking to a complete halt. China practically owns you and your government, and Sparkly Socks is in some serious trouble in terms of trying to intimidate a sitting AG in favor of Big corrupt corporation under investigation! Yeah worry about your country first before making stupid asinine statements about our guns laws. Its the reason your government is so stupid and walks all over you and ours is being held in check! So go back to drinking your beers and watching your hockey games, its what you do best!

Yeah sure Prag! Another one of your alter egos?

Gun confiscation can’t be discussed on the understanding that it’s all or nothing. Only some guns need to be confiscated because they exceed the rational terms spelled out by your 2nd. amendment.

An all or nothing approach by right extremists is more than likely going to come back to bite your a-ses.

This is why some states appear to be taking the opposite all or nothing approach. Be forewarned gungoons! You may be venturing down the path toward less gun rights than other countries of the modern first world.

I do worry about my own country but I have time to comment here on yours too.

I’m not the least worried about China owning Canada because there’s no truth in that.

As long as I’m permitted to air my opinions on this board I’m probably going to be commenting on your country’s huge gun problem. I would suggest that you just accept it as my opinion and don’t resort to rudeness over opinions that don’t suit your agenda.

Fwiw, check out a google search for the ‘happiest countries in the world’, and then we will have something on which to make real life comparisons. Then get back to me.