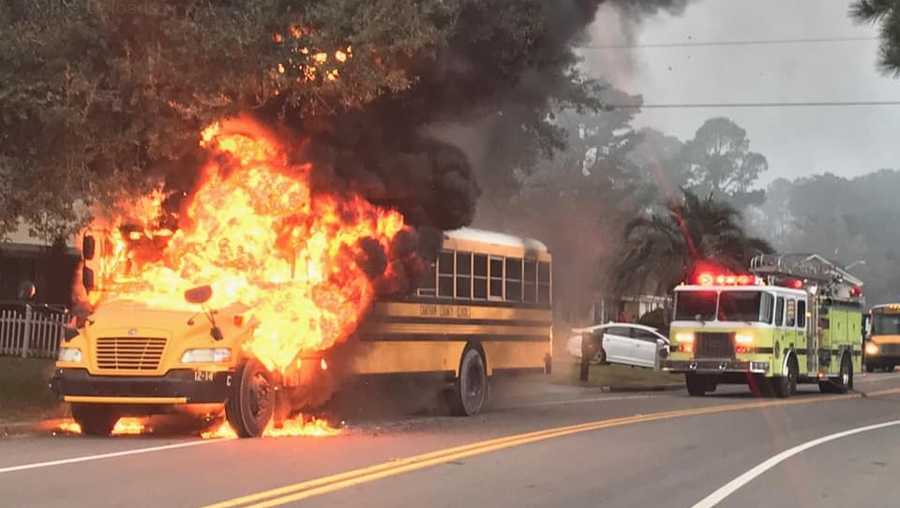 The CIA left “explosive training material” under the hood of a Loudoun County school bus after a training exercise last week, a bus that was used to ferry elementary and high school students to and from school on Monday and Tuesday with the material still sitting in the engine compartment, according to the CIA and Loudoun County officials.

The Loudoun County Sheriff’s Office and the CIA said in statements Thursday that the explosive material was left behind after a training exercise at Briar Woods High School during spring break. The CIA said it was a training scenario for explosives-detecting dogs.

CIA officials said in a statement that the material “did not pose a danger to passengers on the bus,” which was used on March 28 and 29. Authorities held a joint training program at Briar Woods from March 21 to 24.

Loudoun schools spokesman Wayde Byard said the CIA indicated the nature of the material but asked the school system not to disclose it. Byard described it as a “putty-type” material designed for use on the battlefield and which requires a special detonator; such putty, or plastic, explosives — including the well-known C-4 — are used in demolition and are considered stable.

He said school bus drivers check under the hoods of their buses before they take them out on the road, but the package was wedged too far deep inside the engine compartment and was the same color as the hoses, so it could not easily be seen.

The bus was taken to a school system facility on Wednesday for routine maintenance. Byard said the county’s buses are regularly taken off-line to check their spark plugs, hoses and to rotate tires. It was during a routine inspection that a technician discovered the explosive material.

The school system immediately notified the county sheriff’s office and the fire marshal, who removed it. The CIA also helped remove the material.

Officials said they checked all other buses at the school as a precaution.

School officials on Thursday met with the CIA, Loudoun County Sheriff’s Office, the fire marshal and county administrators and determined that all law enforcement training exercises at schools would be suspended until stronger protocols are established.

“We’re all very upset by what happened, but we’re going to review everything that did happen,” Byard said. “Obviously we’re concerned. The CIA really expressed its deep concern and regret today, and it was sincere.”

CIA officials acknowledged the error in a statement and confirmed that an agency canine unit ran a training exercise with local agencies last week in the county. Agency officials said they were notified by Loudoun officials Wednesday and coordinated with them to recover the material.

The intelligence service said that both CIA and Loudoun County experts said the explosive material did not pose a danger to passengers on the bus. The agency statement said they would take “immediate steps to strengthen inventory and control procedures in its K-9 program” and that they will investigate the canine training program.

The CIA said in the statement that the agency accounted for all training explosives after performing a full inventory Thursday. Bus ferried students to and from school this week, but officials say explosive materials posed no risk.

If you’re looking for those who put explosives on school-buses, look no further than the CIA.

And “training” for such activity. That’s your tax dollars at work ladies and gentlemen.

Okay, this one has me scratching my head.

What is the CIA doing with bomb-sniffing dogs and ‘active-shooter bus drills’?

Given the 80’s retreads in the White House and the propensity of the Reagan CIA for blowing up school buses in Central America, I’d be on the watch for some really grim news articles.

Probably preparing some false flags for the final nail in the coffin of the 2nd Amendment.

No one was in any danger…says the guys who planted C4 in the engine bay of a school bus and forgot about it.

WTF? You would think they would be required to maintain an accurate count of these explosive packages, especially when they are planting them on SCHOOL BUSES!

Good point. Let’s hope in the future they take the weight and the exact weight needs to be returned when the training exercises are over.

C4 is very stable and insensitive to most physical shocks. C4 cannot be detonated by a gunshot or by dropping it onto a hard surface. It does not explode when set on fire or exposed to microwave radiation. Detonation can only be initiated by a combination of extreme heat and a shockwave, such as when a detonator inserted into it is fired. 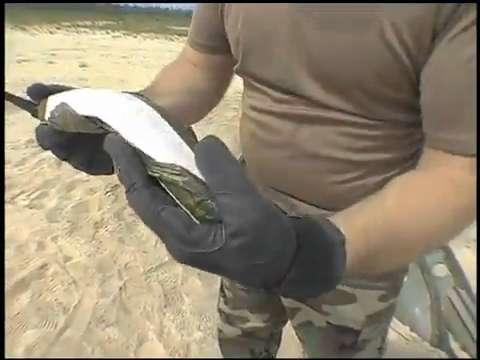 A major advantage of C4 is that it can easily be molded into any desired shape. C4 can be pressed into gaps, cracks, holes and voids in buildings, bridges, equipment or machinery. Similarly, it can easily be inserted into empty shaped charge cases of

This is some bullshit tho…

I’m not going to blame Trump or anything because that’s retarded but this is a collosal fuck up. I don’t care how stable and safe C4 explosives are…the fact is this should have never happened and the public needs more accountability than a fucking happy to glad press release softballed by WaPo of all news outlets.

this is a collosal fuck up

It certainly is. No excuses for this to happen.

I don’t care how stable and safe C4 explosives are

I’m glad they are lest something awful happened. If it were a less stable explosive? Good God.

the fact is this should have never happened

I completely agree. We can spend trillions overseas but have to use a school bus for training exercises?

Yeah, I’m trying not to be too desensitized to incredibly crazy and messed up news but when I saw this I nearly fell out of my chair. A major federal agency literally left highly explosive materials inside the engine of an actual school bus that was picking up and dropping off kids for days. What!?! When is it going to be enough for us just to say fuck it and riot?!? lol

The CIA and the deep state are rogue apparatuses of the executive branch, and it needs a serious reckoning in the worst way! No excuses!

You know where the buck stops…

Yeah I get it but let’s be realistic I wouldn’t expect any president to be aware of every single training exercise taking place across the entire federal government everywhere that it operates. That’s just insane. The accountability is really with local leadership and whatever knuckleheads were involved with setting up and executing this exercise.

This isn’t like a gun running fast and furious DOJ operation.

Yeah I get it but let’s be realistic I wouldn’t expect any president to be aware of every single training exercise taking place across the entire federal government everywhere that it operates.

Yes I agree with that. It’s about where the ultimate responsibility lies. CIA isn’t under the legislative or judicial branches.

If C4 it isn’t highly explosive. But, that is beside the point.

The point is if we can spend trillions elsewhere, why can’t they do training exercises on dead busses? Why busses that transport real and live children.

That is messed up beyond the pale.

Yeah I get it but let’s be realistic I wouldn’t expect any president to be aware of every single training exercise taking place across the entire federal government everywhere that it operates. That’s just insane. The accountability is really with local leadership and whatever knuckleheads were involved with setting up and executing this exercise.

This isn’t like a gun running fast and furious DOJ operation.

I get the gut feeling that if Trump was aware of this he would be absolutely livid and head would roll.