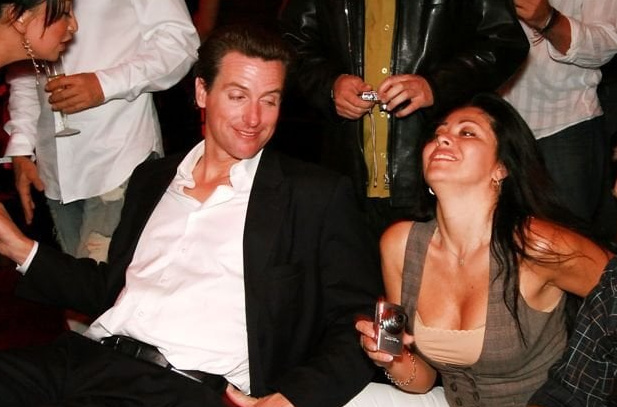 California Gov. Gavin Newsom (D) on Friday signed an executive order permitting all registered voters in the Golden State to vote by mail in the upcoming presidential election, citing concerns stemming from the Chinese coronavirus pandemic.

“I signed an executive order that will allow every registered voter in California to receive a mail-in ballot,” Newsom said. “That mail-in ballot is important but it’s not an exclusive substitute to physical locations.”

“People that are otherwise not familiar with mail-in ballots, are uncomfortable with them, may have disabilities, may have other issues that may preclude that as an appropriate option, we still want to have the appropriate number of physical sites for people to vote as well,” the governor added.

Newsom said while offering voters the chance to vote by mail, he is committed to providing the ability to vote at a physical location on election day.

“There’s a lot of concern and excitement around this November’s election in terms of making sure that you can conduct yourself in a safe way and to make sure your health is protected and to make sure we are reaching out to all registered, eligible voters,” the governor stated. “And giving them the opportunity, giving them the choice not to feel like they have to go into a concentrated, dense environment where their health may be at risk but provide an additional asset and additional resources by way of voting by mail.”

In a statement to CNN, Trump campaign communications director Tim Murtaugh slammed the move by Newsom, calling it a “thinly-veiled political tactic” to “undermine” election security.

Newsom’s order comes as Democrats across the country are pushing efforts to allow voters to vote-by-mail in the 2020 election, despite concerns of potential voter fraud. On Wednesday, Reps. Joe Kennedy III (D-MA) and Mark Pocan (D-WI) went as far as to call for vote-by-mail to be permitted beyond the election.

“If we don’t act fast, we will jeopardize participation in what may be the most important election of our lifetime. People will stay home. Disproportionately, those people will be of color, who live in neighborhoods most likely to lose polling locations,” the Democrat lawmakers wrote in an op-ed for The Hill. “They’ll be students, single parents, and low-wage workers, who can’t put their lives on hold to go vote. They’ll be seniors and medically-vulnerable patients, who would be literally risking their lives just to cast their ballots. So a privileged few will get to decide our country’s trajectory while the people most impacted by this crisis are forced to forfeit their voice.”

Recent data has not shown a compelling public health justification for vote-by-mail. Wisconsin is one of the only U.S. states that held its primary election with in-person voting after the coronavirus lockdown began. Only a few dozen people at maximum were confirmed to have contracted the virus after participating either as voters or poll workers, and none of those cases were fatal. Out of the 413,000 participants, that equals an infection rate below two-hundredths of one percent. Just days later, South Korea held national elections which did not result in any new coronavirus cases. 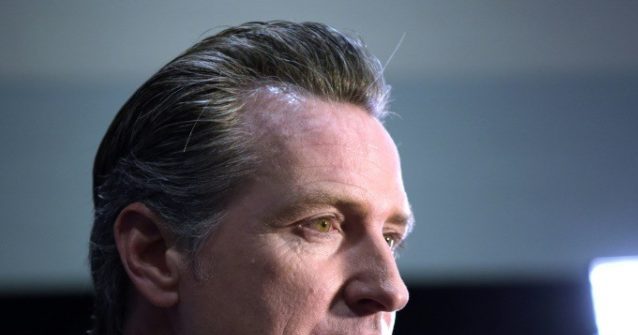 California Gov. Gavin Newsom signed an order permitting all registered voters in the Golden State to vote by mail in the 2020 election.

LOL! Well, here comes about 10 million illegal votes from Commiefornia. I wonder how many of them will be democrat votes

Apparently it’s not dangerous for people working at a food store to work an 8-hour shift for minimum wage but it’s too dangerous to walk down the street and spend 10 minutes voting. What a crock of shit.

Doesn’t the legislature have to approve something like this? I don’t really see how this is even possible by the executive order of a governor.

Until CA performs the legally required cleanup of the voter rolls, it is clear CA is intending to commit election fraud, and Newsom is a part of it and should be arrested and charged by the federal government.

And the lawsuits have probably also been filed.

Last I checked it was the FEDERAL ELECTION COMMISSION that determined the rules for voting…not Gavin Newsom.

Well, the FEC hasn’t had a problem with Washington State conducting their mail-in ballot initiative.

Well, there went any tiny chance of Republicans winning back even a single seat in Congress this November if this executive order is allowed to stand. California law already automatically sends a ballot to everyone who gets a drivers license, and specifically offers those to illegal immigrants. In addition, CA law allows anyone at all to collect and return completed ballots. Thus, in any close election, Democrats will go to every address where ballots were sent, collect as many as possible, and return the ones favoring them, plus voting the blank ones for their candidates, plus disposing of any that voted against them. And that was BEFORE the current executive order. Needless to say, if President Trump wins the electoral vote, I couldn’t care less how many millions of extra fraudulent popular vote ballots Democrats manage to create and count in areas they control.

So, Gabbin Nuisance wants to steal the election in November?

The people of California need to tell him to “SCREW HIMSELF” and vote in person in November!

Before you all gang up on me for saying this, just hear me out first, please.

First, I believe that “vote-by-mail” should only be available to the elderly and people who are seriously disabled. As well, as our disabled Veterans.
Secondly, I don’t believe it should be available for the rest of the general public.
And I will state my reason(s):

Once you open up a Pandora’s Box, you better be prepared for the onslaught for what’s to come afterwards. What I mean is, once you order “vote-by-mail”, you are opening up more than just availability to everyone.
Illegals will take full advantage. And that will disrupt the voting because, they should not even be allowed to vote in the U.S. - nevermind in California.
I believe that is one of the reasons why Newsom is doing this. Typical.
It also opens up for more fraud. Voter fraud by the masses.
I can easily see they will try to fix the numbers, and add some stupid high number when in reality, not all the votes are being counted.
Kinda like “adding some high number to the Coronavirus, when in reality, they are only adding the numbers on top of the death count, when it isn’t really virus-related”.

I just think the entire idea is wrong.

Whatever happened to the good old American way of Voting? Oh yeah, the Democrats don’t want that, because to them - it’s so Un-American.

Typical Newsom and his Democratic tactic! 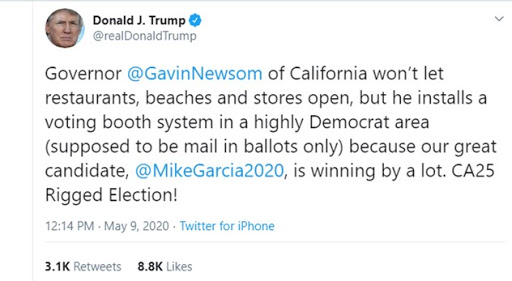 I figured I’d just cut to the chase.

Democrats actually want to increase voter turnout and I really just don’t understand what all this resistance is to mail in ballots? Republicans have been pushing the unsubstantiated connection between election fraud and mail in ballots for decades. It’s totally ridiculous. Mail in ballots actually increase participation and voters are able to sit down and look up all the measures that they are voting on before they cast their vote. This makes for a better and more informed decision than going into the ballot box and being unsure about every initiative that is on the ballot. It’s easy if you are only picking one candidate off a ballot but that’s generally not how voting works in this country. Lots of initiatives and candidates are often on a ballot for a variety of different offices and issues. Having more time to review the ballot before you send it in benefits everyone.

There is no voter fraud when you don’t look for it.

Democrats don’t care about increasing voter turn out for everyone. They only care about increasing the amount of votes they can count for Democrats. It’s a subtle difference but an important one. Democrats want to do everything they can to scam the system in their favor, don’t be so disingenuous about it. The naive babe in the woods routine won’t work here.

Of course, the Democrats want to INCREASE voter turnout, because they know; they can get voters that are even dumber than they are to vote for them in the first place! The Democrats run on 3 main issues that they intice the voters into believing “they even care for them”. When in reality, they are only corrupting their minds even more!
Who doesn’t want “free stuff”? Especially, when later, the hardworking taxpayers are the ones who will end up paying for their “free stuff”.
The money has to come from somewhere. In the forms of state and federal taxes. There is no such thing as a “free lunch”.

The Democrats aim young voters who have no clue who to vote for. So much so, they boast them with free healthcare, higher minimum wage; more welfare benefits. They rather have you stay in your house during lockdown and collect off the state and federal government. They are known as “Nanny states”. I could go on with their dirty laundry list. 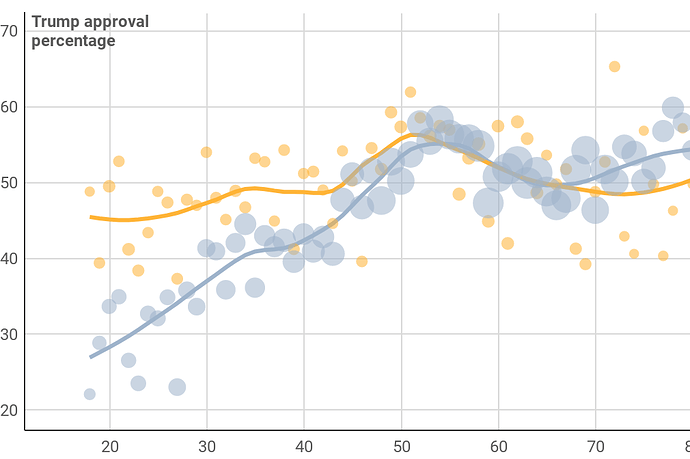 Huge Turnout Is Expected in 2020. So Which Party Would Benefit?

Democrats typically gain from a broader electorate in presidential races, but that pattern is not assured in the Trump era.

Good! He will have no problem getting plenty of space to build his “New Green Deal” such as solar power and windmills. As well, as a few huge plants to build his vehicles.

California is lost. End of the story.

Better to focus on other States to secure electoral college votes for Trump and not get excited about all the shit that transpires on the Left Coast.