Explore the Fox News apps that are right for you at http://www.foxnews.com/apps-products/index.html.

Hmmm mrs Clinton where were you last night? Hmmm

This will give the conspiracy nuts sleepless nights for decades.

I’m not a conspiracy nut, but I have a hard time believing in a high profile case like this he was not being watched 24/7.

He already tried to hang himself a few days ago and they put him on suicide watch.

It’s very difficult to keep your eye on someone constantly and it only takes about thirty seconds or so to choke yourself to unconsciousness.

They’ll do an autopsy of course but he may well have died due an embolism breaking loose from the previous attempt or he might have just tied his pillow case around his neck and covered up. No one would notice till he was later checked in that event.

We’ll see how it goes.

Geeze, I’d had high hopes for him ratting out a bunch of people.

Did you miss the release of the trial documents naming names?

Doesn’t matter they (DOJ) already have a mountain of evidence, the only thing he won’t be able to do is testify in open court!

May he burn in hell and good riddance

This is right in line what is on certain people’s minds! 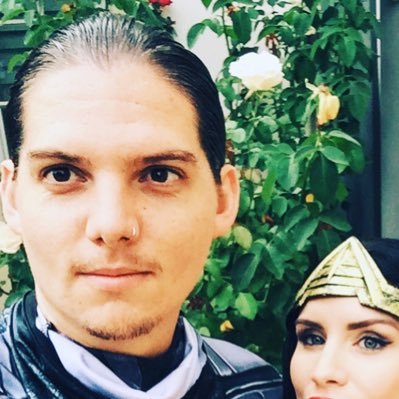 Epstein’s death will inspire countless conspiracies after elected Democrats were named yesterday along with others like Clinton who were previously implicated. It was so important to keep him alive to face justice and possibly act as a witness against other powerful predators.
Jitss617 August 10, 2019, 3:21pm #13

Did he leave a note?

Paramedics tried to revive Epstein as they wheeled him into the hospital, exclusive photos by the Post show.

Sources said Epstein hanged himself in his cell in the Manhattan Correctional Center.

As the Wall Street Journal’s Ted Mann notes, “Even the time of day in this story is shocking. The first check-in on a prisoner who had already attempted suicide once was not until 7:30 a.m.?”

How similar this is to the murder of Sam Giancana. I know prisoners in adjoining cells " didn’t see anything " either.He should have been in Solitary confinement.

I heard this morning that he was on suicide watch. That means he was supposed to be watched 24/7 by trained personnel on a video monitor. That suggests there should be tapes of his activities. It also suggests that all means of hanging himself were taken from him…belts, shoe laces, etc.

Maybe he used a bed sheet.

Whatever he did in preparation for it should have been noticed by whoever was on duty to watch him.

The correctional facility has a lots of answers to produce.

EDIT: Another report said that he was “found unresponsive” in his cell. This does not imply a hanging death.

I think he might have been poisoned by a paid assassin.

No need for suicide because it wouldn’t have bothered him if he was sentenced to be living in a luxury cell prison like he did before in Florida. He’d been there, done that.
Another arkancide or fake news and he’ll be whisked away to some other country?
Of course a closed casket funeral in that case.

A guard should have been sitting in front of his cell. How far is the control room with the monitors from his cell??? Maybe a CLINTONISTA made sure he was " UNRESPONSIVE "!!!
There will be as much progress on this investigation as there was on Vince Fosters "SUICIDE " or Chappaquiddick.

No proof he is dead.
He is safe in Israel by now.