Anarchist John Sullivan was just arrested by FBI/DOJ for inciting a riot inside the U.S. Capitol. Evidence shows him agitating the crowd and encouraging violence.

SULLIVAN, DOB 07/18/1994, is a resident of Utah. Based on publicly available information and information provided by SULLIVAN in an interview on January 7, 2021, described further below, SULLIVAN is the leader of an organization called Insurgence USA through which he organizes protests. On July 13, 2020, SULLIVAN was charged with Rioting and Criminal Mischief by the local law enforcement authorities in Provo, Utah, based on his activities around a June 30, 2020, protest in which a civilian was shot and injured. The case is still pending.

After the crowd broke through the last barricade, and as SULLIVAN and the others approach the Capitol Building, SULLIVAN can be heard in the video saying at various points: “There are so many people. Let’s go. This shit is ours! Fuck yeah,” “We accomplished this shit. We did this together. Fuck yeah! We are all a part of this history,” and “Let’s burn this shit down.” More source to the OP 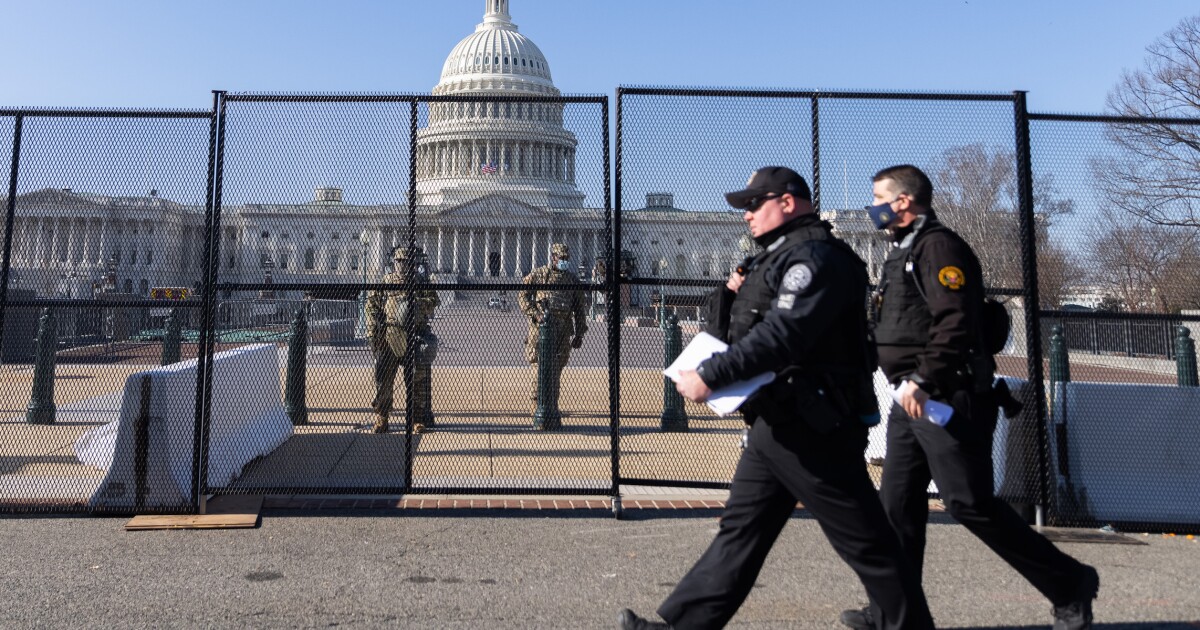 BLM activist charged for participation in storming of Capitol

A self-styled Black Lives Matter activist who filmed himself encouraging the storming of the Capitol last week and was nearby when a police officer shot and killed a woman trying to climb through a window outside of the House speaker’s lobby was...

Thanks for this. While Trump is getting blamed, the truth finally gets out. The FBI? Fkers! I really despise them more than ever. As the Washington Examiner points out, with well over 200 arrests now made of Trump supporters who attacked the capital, this arrest is the first left wing individual to be arrested… 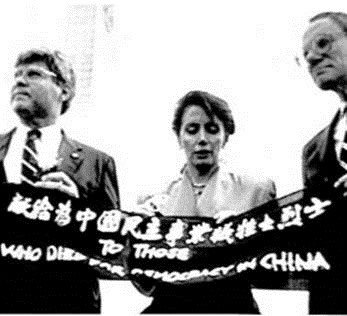 But a similar incident has happened in Florida.

From Tom Ozimek, of The Epoch Times:

"Federal agents arrested a self-admitted anarchist and ‘hardcore leftist’ on Friday on suspicion of plotting to violently disrupt planned election-related protests at the Florida state Capitol.

"Prosecutors said they ‘averted a crisis’ at the Capitol by arresting 33-year-old Daniel Baker, taking him into custody on a charge involving making a threat to kidnap or injure, the U.S. Attorney’s Office for the Northern District of Florida announced in a news release.

"‘Baker issued a call to arms for like-minded individuals to violently confront protestors gathered at the Florida Capitol this Sunday,’ prosecutors said. ‘He specifically called for others to join him in encircling any protestors and confining them at the Capitol complex using firearms.’

"Protests and rallies are expected at state Capitols across the country ahead of and on inauguration day in opposition to the election results.

"‘This is an armed COUP and can only be stopped by an armed community!’ Baker wrote in a flyer titled ‘Call to Arms January 20th’ posted online, a criminal complaint against him alleges… .

“‘If you’re afraid to die fighting the enemy, stay in bed and live,’ he wrote in the flyer, in which he called Trump supporters who plan to protest at the Florida state Capitol ‘terrorists.’”

People planning to be there as a balance to the Trumpers who are determined to disrupt the PEACEFUL transfer of power that has never been threatened like this before.

That’s not an endorsement of antifa or any “lefties” taking the law/matters into their own hands, just a clarification…

Another antina guy pretending to be a patriot at the Capitol. 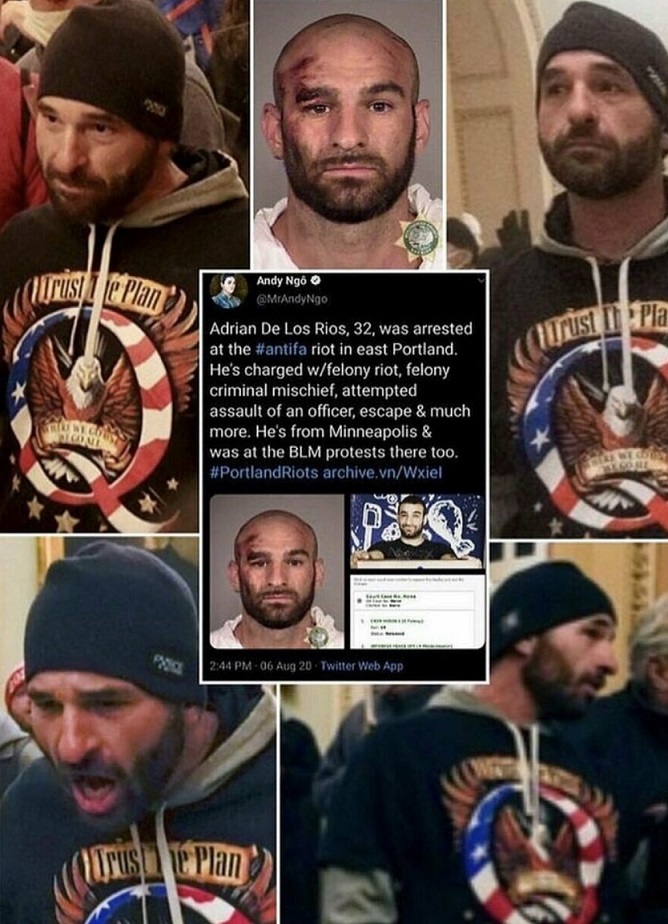 The op is bullshit. John Sullivan has been kicked out of multiple antifa events in several cities for attempting to sabotage antifa ambitions. His brother James Sullivan, is a Trump diehard who founded the conservative political organization Civilized Awakening. The group, they alleged, has “strong ties to Proud Poys — even having spoken at a Proud Boy rally.”

Let me be clear, please.

Until almost two weeks ago, the latter was simply unheard of.

But it now no longer is.

And any hope to disturb the peaceful transition of power is entirely antithetical to what President Trump has urged. (But this inconvenient fact does not dovetail well with the left’s strident desire to paint the man as a wannabe Mussolini.)

And any hope to disturb the peaceful transition of power is entirely antithetical to what President Trump has urged.

He has reluctantly made some statements along those lines and even retracted some of them.

But let me be clear, we don’t care what the brainwashed Trumpers think who treat trump as an idol. The rest of us saw and heard trump and his ally’s riling up his crowd of supporters on January 6th as he’s done his entire presidency, including telling supporters he’d cover their legal fees if they got arrested for punching detractors in the face, and this time, in a bipartisan effort, we impeached him again, and there may also be enough rational senate republicans to get him convicted this time…

Careful of trigger mechanisms to invite a parasitic reaction in predictable portions!

There are so many things here that simply cry out for rebuttal, I hardly know where to begin.

But I will at least try.

(1) The adverb, “reluctantly,” is your effort at pure commentary. It is certainly not any part of a neutral analysis.

(3) Please quote the words in which President Trump said he would cover the legal fees of anyone who acted illegally.

(4) To say that the recent impeachment was “bipartisan” is really to stretch the meaning of the word. (Only 10 Republicans–out of 211–voted with the Democrats here. And that equals to about 4.7 percent.)

(4) Even if you were able to muster 17 Republicans (I am assuming a full 100 Senators here), it is very uncertain that a post-presidential conviction would stand up to constitutional scrutiny. (Some constitutional scholars think that it is okay; but others disagree.)

And since the purpose of such a conviction is to remove the president from office, it would appear to be entirely superfluous–except, of course, to mark him with a Scarlet Letter–and ensure that he cannot run for office again.

Is this what you are really hoping for?

Is this what you are really hoping for?

Of course it is. The Left is scared to death that Trump will be back… next time, taking names and kicking ass…lol. 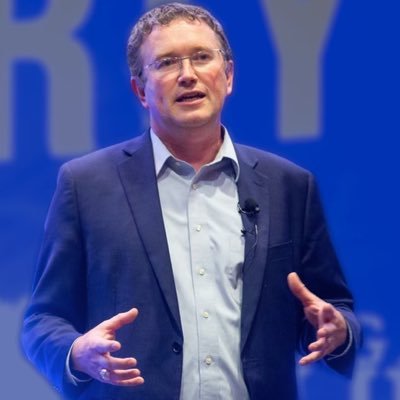 @RepThomasMassie
I just played this video for AG Merrick Garland. He refused to comment on how many agents or assets of the federal government were present in the crowd on Jan 5th and 6th and how many entered the Capitol. https://t.co/lvd9n4mMHK
1 Like
Dr_Manhattan October 22, 2021, 4:42pm #17

Yep! Saw this. Garland’s testimony was a total farce! We need an independent council to investigate his own conflict of interest relating to his son in law being on the board of the School text book producer that is providing the CRT curriculum in our public schools. When confronted on the issue, he refused to recuse himself nor appoint a special investigation, and is a major reason why he appointed FBI agents (weaponized) to go after parents at school board meetings. This guy is a major asshat and needs to be removed and tar and feathered in the worst way. 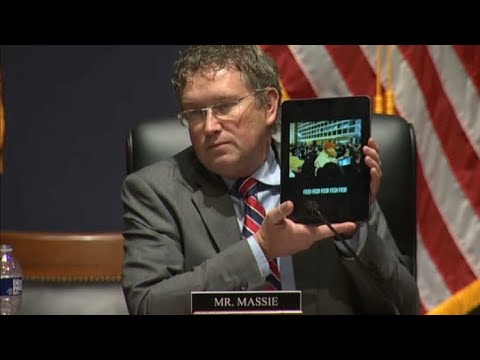 Here is more to the point on Garland! What a total d-bag! 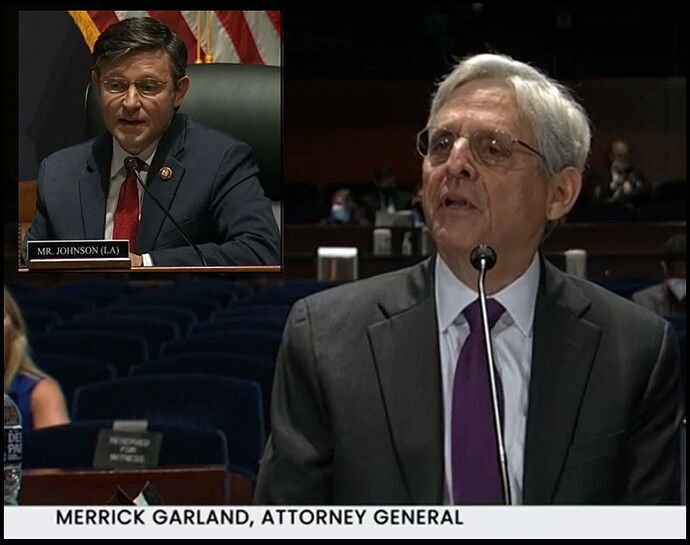 Don’t forget that Merrick Garland is the type of Marxist POS that Democrats want on the USSC.

Check this out! This is type shit that pisses me off. He can’t answer a simple question on ethics review! I think he needs some violence himself! 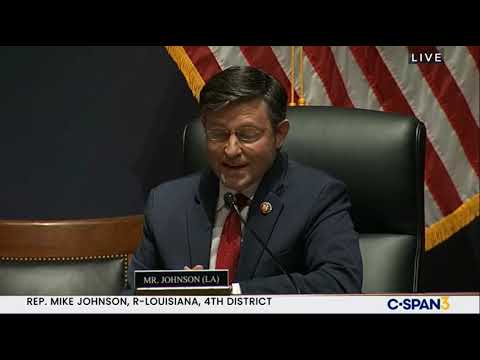